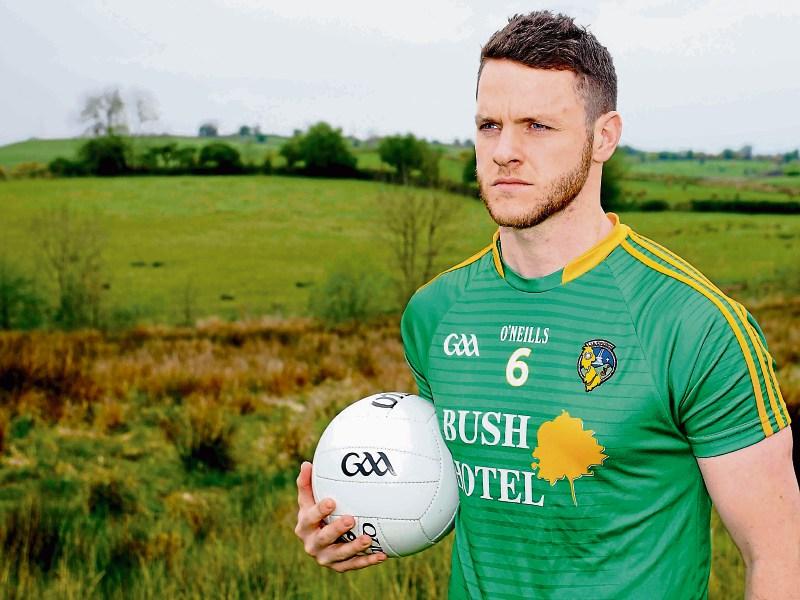 It’s fair to say that Gary Reynolds speaks for a lot of club footballers up and down the length and breadth of the country when he says of the return of club football training next week: “Obviously I can’t wait to get back out. If anything the last year or two has made us appreciate what we had.”

The former Leitrim captain is relishing next Monday’s official return to club training when he can meet up with his Carrigallen clubmates and simply enjoy lacing up his boots and kicking a ball around a football pitch once more!

“I’m obviously not getting any younger and I’m playing more than I had anticipated but I can’t wait for it,” said Gary of the return of organised club training, “I can’t wait to get back next week. Just thinking about it, some of the lads I play with, I haven’t seen them since our last championship game so it will be great to get back out on the field with them just kicking a ball.”

That return does bring a different sort of anxiety: “I’ve been doing a good bit, its in my nature to keep training but when you get that text that training is back on the tenth of May, you get that little anxious feeling that ‘right, I need to do a little bit more to be ready, to bring myself up to speed’.

”I wouldn’t be one of those lads, and it is more so now that I’m getting older, that I could show up the first day having done nothing.”

Not knowing extends even to the Green & Gold for their former captain: “There seems to be a lot of new lads that I wouldn’t be familiar with at all and that is bringing a bit of excitement. There is a positive in that they are young and fit but there is a challenge as there isn’t too much experience there.

“Even last year against Mayo, there were a couple of surprises. Young Casey from Leitrim Gaels, I would have no knowledge of him at all - that’s not to say that all these guys aren’t very good and capable footballers so that’s a good sign for me, I was involved recently enough and I’m struggling to know who is coming in.

“I’m looking forward to it because I’m long enough away and long enough detached that I can have a fresh viewpoint of it.”

His excitement is tempered by caution, however, with a tough campaign ahead: “There are no easy games, normally with the Division 4 format, you’d have a couple of bankers that, with no disrespect to any of the teams involved, you’d say we should be beating London at home, and a couple of others teams as well.

“But with this Division 4 North and Mayo, with all respect to Sligo it looks like we’ll be facing Mayo in the championship, there are no easy games so we have to hit the ground running.”

From hard won experience, Gary knows how tough Antrim and Louth can be when they are on their game: “Antrim have had some outrageous footballers over the years, no more than ourselves, but because we’re battling at Division 4 level, you don’t hear about them.

“We’ve had some fierce battles with Antrim, up there in Corrigan Park, down in Carrick, a couple of humdingers and some of my memories of great wins would be of close wins over Antrim but having said that, you could go up and get beaten by 20 points very easily against them.

“They’ve always had some really sharp forwards over the years, they are such an unknown quantity.

“Mickey Harte is going to get a bounce out of Louth. They are really good footballers in all three of those counties and it is all about getting a game plan together to get the best out of them.”

Backing Terry Hyland’s approach of targeting the League, Gary believes Leitrim must establish themselves in Division 3 to really push on: “If Terry can get us up there again, we really need to stay there for one season at least. If you can get up to that standard, you could end up staying there for at least a couple of years and then try and plan something to attack Divisions 2 and 3.

“If it was me, I’d be targeting to win that first game against Sligo, forget about game 2 or game 3 and forget about Mayo. If we can start well, keep the positive vibes and get a good couple of weeks training, who knows what can happen.”

Oftentimes, it comes down to one result and that is what Leitrim need to target according to their former centre-back: “We have to start looking at ourselves as a lower level Division 3 team - I think that is how Longford are so successful at it. They got into Division 3 and they stayed there, they didn’t come back down the first year.

“No disrespect to Offaly either, I don’t know how they have survived there so long but they just keep getting that one result that keeps them up there.”

Looking ahead, Gary sees signs of hope in Leitrim’s performance against Tipperary in the League but urges the new generation of Leitrim stars to adopt a positive attitude, something the Carrigallen man was famed for!

“You’re right in saying that I was never really defeatist, I wouldn’t care who it was, I would always go out and put the best foot forward when I was playing - we always took it that if we had a good League campaign, finishing in the top four or just missing out on promotion, we generally went on to have a positive enough championship.

“I’m not saying we went on to beat anybody but generally we went into those championship campaigns with a bit of confidence.

“We were very unlucky last year against Tipperary, if a couple of things had gone our way, we might have pipped them. Their physicality made a difference, they were bringing lads off the bench who were six-two, six three and in those winter football conditions, that gave them a bit of an edge. I felt we had a couple of chances in the first half and if we took them, we might have gone on to beat them and they went on to win the Munster title.”