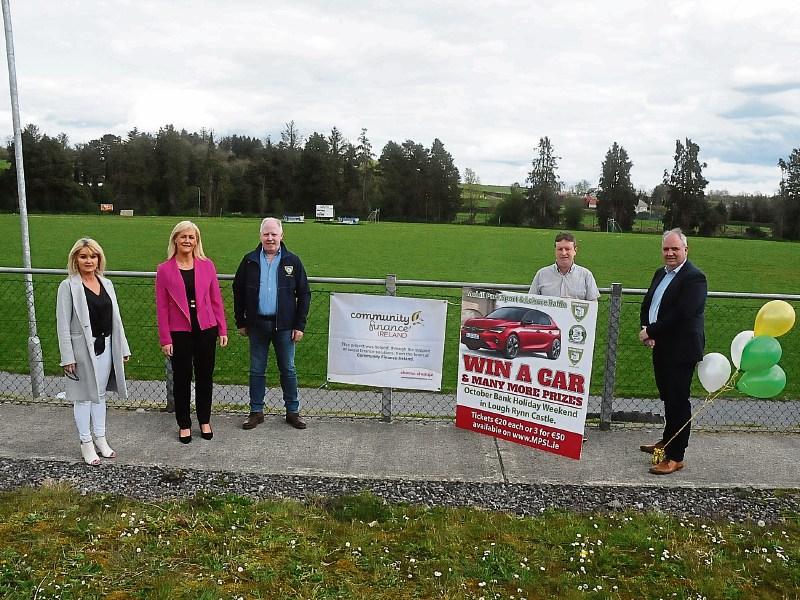 You need persistence, determination and grit to be a success on the sporting field but those same qualities have been key to the story of the Mohill Park Sport & Leisure facility group who are tasked with transforming the facilities at Philly McGuinness Park.

Set up in March 2014, MPSL are a separate committee drawn from Mohill GAA Club, Mohill & District Athletic Club, Mohill Scouts and Mohill Basketball Club who have come together to support the project and improve the sporting facilities of the town.

Under chairman Padraig McLoughlin, the committee comprises of Paul Murphy as Secretary, Charlene Walpole as Assistant Secretary, Padraig Kiernan as Treasurer and Anne Macklin as PRO and Padraig revealed how the history of the much needed development of new dressing rooms, gym, kitchen and meeting rooms.

“Back in 2014, we had a pitch there as good as any there was in the county but we needed new dressing room and gym facilities in a very bad way,” Padraig told the Observer, “We looked to get money from the GAA funds, which wasn’t possible with the amount of money we were looking for.

“We looked to LEADER and the only way you could get funding was to set up a separate committee that would not be under one club and bring in inclusivity for the area, bring in athletics, basketball and other clubs so we had to get their permission to sign up.

“We are a separate group from the GAA as per LEADER rules so we have had to lease the ground, we have a seven year lease on the ground where the building is going.”

Setting up a committee was only the start with an enormous amount of paperwork, tenders, financial reports, etc, etc to go through before any hint of success when it comes to securing funding, let alone securing the necessary matching funding that is required by the funding bodies.

It is tough and often soul destroying work but Padraig singled out Brian Smith of the Leitrim Development Company for his impact on the group: “I just want to thank Brian Smith from Leitrim Development Company and he guided us through from the start. He told us we had to get money in place to match funding before we would even be considered - we are so thankful for his guidance and advice.”

Local politicians Thomas Mulligan, Enda Stenson and Sean McGowan played their part in lobbying for the project, with Padraig highlighting the impact of former councillor Sinead Guckian, commenting “she stood out at the time”.

Money from a very successful “Strictly Come Dancing” fundraiser has helped towards the matching funding MPSL needs to raise but it hasn’t always been plain-sailing for the group, a rejection of funding two years ago hitting the group hard, so hard that they actually appealed the decision and met Minister Michael Ring as a result.

“We were so disappointed at the time that we even appealed the decision and had a meeting with Minister Michael Ring, John O’Mahony and Tony McLoughlin in the Dail and we made a case. Michael Ring told us at the time he would do whatever he could.”

Mohill’s persistence paid off - the start of 2020 saw extra funding and although it meant going through the entire process once more, success followed with a grant for €300,000 from Leitrim Local Community Development Committee Rural Development LEADER Programme 2014-2020.

All of which means a new era for the sporting community of Mohill as work begins on the project. Unfortunately, it doesn’t mean the end of the hard work for MPSL and that is why they launched a fabulous new draw last Sunday to meet the costs of the project.

“There will be about €80,000 of a shortfall from what we have in place,” revealed Padraig, “The building is going to cost €430,000 so we had to go to Finance Ireland to get the balance of the money and that is what we are raising the money for at the moment, to pay off that balance and that is why we are launching our big draw.”

Francis McGowan and Padraig Browne gave MPSL great help in building business plans, and the committee have worked tirelessly for the past six to seven years while they also got great assistance from Michael Hennessy, Advanced Planning Consulting Engineers.

Leitrim Local Community Development Committee (LCDC) approved the project for funding under the Rural Development LEADER Programme 2014-2020 at the rate of 68.93% of eligible expenditure subject to a maximum of €300,000.

Padraig McLoughlin thanked the Mohill GAA Club for leasing the ground and all their support through the last number of years as well as the Leitrim County Board, Connacht GAA Council and Croke Park.

MPSL also wish to thank Donal Traynor of Community Finance Ireland who have been very easy to work with and very patient with the project and the team. From an IT perspective, MPSL has had great help from club player Paul McLoughlin of Blueway Digital who has done all the work to build our website.

The “Winacar for Mohill clubhouse” fundraiser is also going to help the club, profits from the raffle are going to be split 80:20 maximising the opportunity to keep one fundraiser in the town.

Paul Murphy thanked the people of Mohill for their support in raising the matching funding for the project which has been ring-fenced over the last five years and continues with the Win a Car draw. The MPSL committee together with the Mohill GAA executive and all the community groups are very excited to be finally getting this project underway.