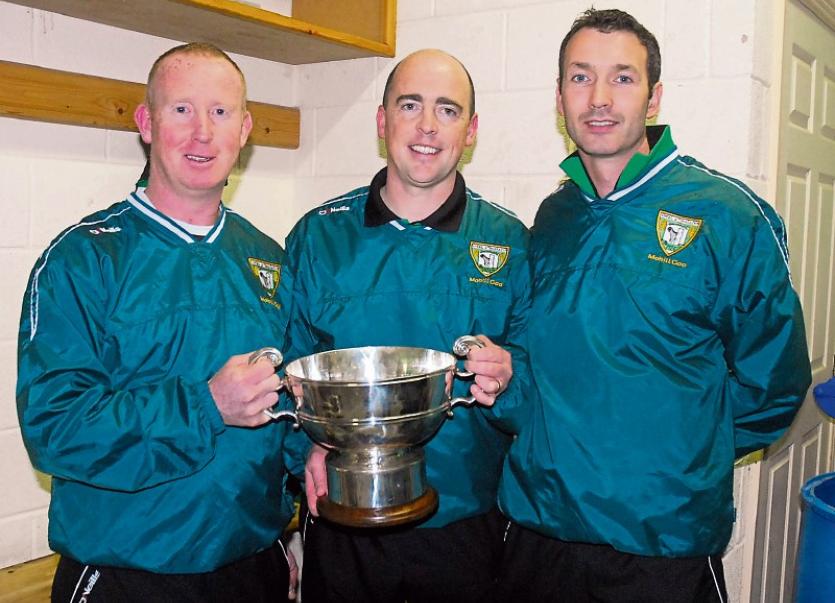 Padraic Davis’ impact on Mohill’s footballing fortunes is plain to see with two Senior Championships and a few League titles under his watch but the Longford man’s greatest contribution may be much longer lasting and far reaching.

Mohill GAA club have always been conscious of the need to develop their facilities but it was a conversation with the current Longford Senior men’s manager that has prompted the development of new dressing rooms in Philly McGuinness Park according to Mohill Park Sports & Leisure chairman Padraig McLoughlin.

“We’re a force to be reckoned with as a Senior team now but it all started when Padraic Davis came in,” recalls Padraig, revealing “When I met him for the first time, the first thing Padraic asked where is your gym? At that stage, what we used to do was go up to the gym in Longford and have a few sessions for about the month of January.

“But Padraic said no way, that won’t work. He said he’d know by the look of the players, they need to be physically strong so what we set about at the time and we went around the town looking for space because we had no gym at the time.”

And that is where the generosity of the local community came in as the club sought an immediate solution to Davis' request: “Gene Baxter was good enough to give us the back half of the old shop beside the pitch and we set up a gym that cost €10,000 at the time - Padraic said we needed it and we said we’d go along with whatever was needed.”

The payoff from Davis' request has been clear with Mohill’s superb physical conditioning and strength really standing out last year as Liam Keenan continued Davis' legacy by leading the 2015 and 2017 winners to the Fenagh Cup once more.

“People might say that Mohill is winning a lot and they have bad facilities but we had what was very important and from what Davis said at the time, it has stood to us,” stresses Padraig.

“I don’t know if you noticed on the field but a lot of teams would be wondering why Mohill players are so strong. It took a period of time, they are used to doing their split sessions in the gym and then the rest of the pitch.

“The work in the gym has stood to us but the use of the facility was only a temporary arrangement and that is why we need to have that gym in place.”

And with their plans to develop a new gym in their dressing room complex thanks to their “Win a Car” draw that was launched last weekend, Mohill GAA Club have definitely taken Davis' words to heart as they intend to build for an even brighter future!