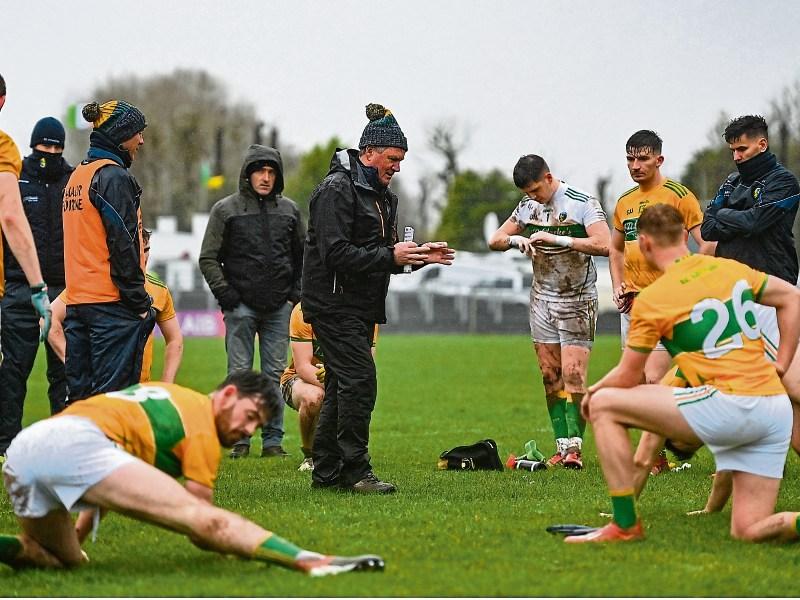 For fans, championship may be the be all and end all but Leitrim manager Terry Hyland makes no bones about it when he says the Allianz NFL Division 4 North campaign is the priority for the Green & Gold rather than the championship.

Leitrim have been drawn to face either reigning champions and All-Ireland finalists Mayo or Sligo in the Connacht Semi-Final but it is League games against Sligo, Louth and Antrim that will ultimately decide whether the season is a success for Hyland.

A straight-talker, Hyland offers a typically honest assessment of Leitrim’s targets for 2021: “More focussed on the League, I’ll be honest about it. When we get into the championship, we’re getting into slightly bonus territory if we’re being honest.

“You look at Connacht with three Division 1 teams competing in it - you have one Division 1 team in Munster and one in Leinster so that will give you an idea of where the divide is nationally where the strong football counties are.

“The League is the one we need to get ourselves sorted out for. If we can get a good run in the League, and hopefully we’re in for a promotion spot at the end of it, then we’ll look at the championship after that.”

It promises a fascinating League campaign but again, Terry plays it straight and targets the first outing against Sligo as the big game: “The first day out is going to be one of the biggest games in it. Basically whoever wins their first game, it gives them a bit of an edge. You lose your first game and you must win your next two so it is as simple as that.

“We need to try to get a result out of that game - don’t get me wrong, every team will be the same on day one out. The fact that we have two away games and only one at home, It is probably not as big of an issue as some people make out of it when you consider that you’re not playing in front of your own supporters.”

There may also be an element of trying to make up for relegation from Division 3 last year, a campaign blighted by injuries and a Down game that didn’t take place after a Covid issue in the Leitrim camp: “We felt after the Louth game last year that we were on the right track, it was the first game last year that we had a full panel to pick from.

“We were heading up to play Down and then, as we all know, pandemic and the whole thing seized up as the world stopped. Then we had to start again in the Winter, build momentum and then we lost out on the Down game through no fault of our own, leaving us with only one shot at staying up against Tipperary.”

That left Leitrim with a winner takes all encounter with Tipperary, the Premier county prevailing in a tight encounter before going on to create one of the best stories of the GAA year when they shocked Cork to lift the Munster title.

Yet in that Tipp loss, there were signs of progress for Hyland: “We scored 15 points that day and they scored 2-11 and by the basis of conceding the two goals, it cost us the game. I thought we played some of the best football we have played, possibly in the two years I have been here, in that game.”

It all adds up to an intriguing League campaign for Leitrim.