PREVIEW: Leitrim Ladies on a mission - both on Sunday and in the League as a whole 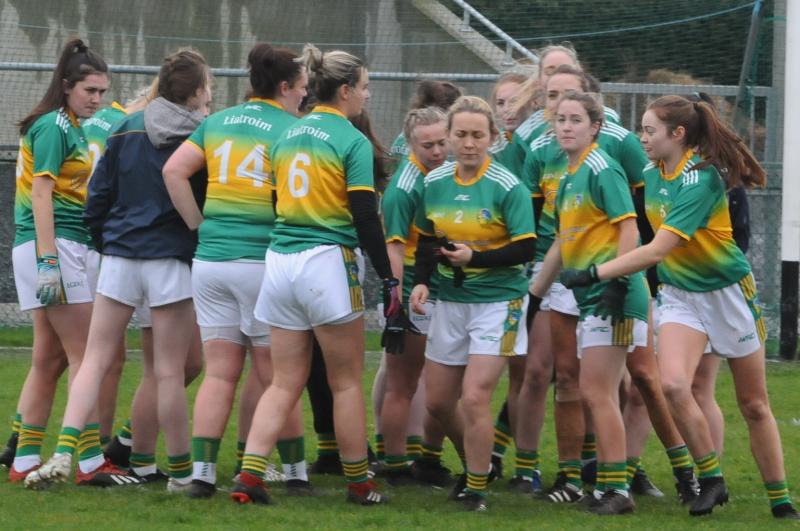 The Leitrim Ladies all set for the resumption of the Lidl Ladies NFL Picture: Willie Donnellan

It seems strange that a team that ended the year with two heavy defeats in the Championship should be so expectant ahead of the restart of the Lidl Ladies NFL Division 4 campaign. But you get the sense that this is no ordinary year for Leitrim, writes John Connolly.

Manager Hugh Donnelly speaks elsewhere in these pages of how his squad returned to group training in great condition, a measure of their desire to put 2020 well and truly behind them. And that all starts next Sunday when the Green & Gold host Louth in Pairc Sheain Ui Eslin Ballinamore at 2pm.

The double sense of mission comes from the feeling in the Leitrim camp that they want a bit of payback for suffering a 1-14 to 2-10 loss against the Leinster side just before the world came to a shuddering halt last year and also the fact that they are determined to win promotion back to Division 3.

Leitrim have been quite blunt about that desire, they're not afraid to say it publicly and that usually means they are confident.

There are plenty of reasons for that confidence. They've retained nearly all of last year's squad and added the considerable experience and football know-how of Cavan All-Ireland intermediate winner Ailish Cornyn to their ranks.

Introducing Cornyn to the Leitrim set-up won't be hard - after all she has played all her club football in Leitrim, first with Ballinaglera and then with St Francis and her physical strength and energy is a huge addition to the set-up.

There was a worry that Athlone Town Ladies star Muireann Devaney might be lost to the Ladies set-up but the Glencar/Manor player is anxious to be involved. Just imagine the impact the powerful Devaney might make as an impact sub as she tries to balance her sporting commitments.

Louth won't be any pushover - they beat Leitrim last year, have contested All-Ireland Junior finals and are getting quality players back in their ranks. They know Leitrim are gunning for them and, with all due respect to Antrim and Derry who were heavily beaten last year by Leitrim, these two teams could easily meet again later in the League knockout stages.

What will be different this year is the expectation for the Ladies. Ever since Hugh Donnelly took over, there has been a radical revamping of the set-up and a stated ambition to get Leitrim back into Division 3 and competitive in the Intermediate championship.

The first step is next Sunday in Ballinamore. I don't expect much between the teams but with the drive and ambition there is in this Leitrim camp and the memory of last year driving them on, expect Leitrim to take the points at home!