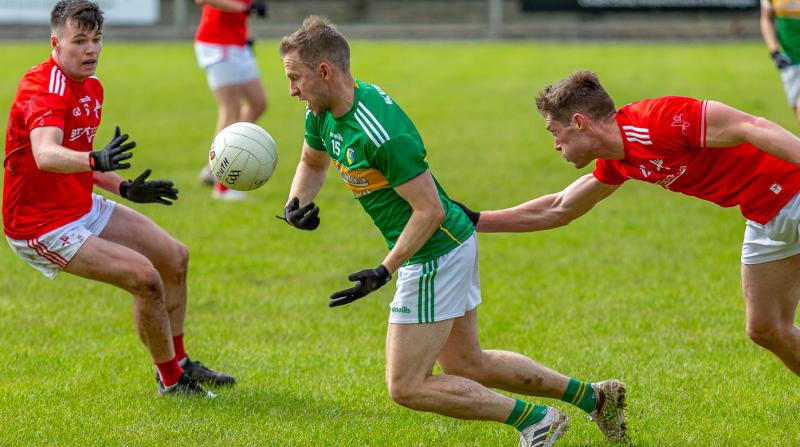 Terry Hyland has urged his Leitrim players to show pride in the jersey when they travel to Belfast next Sunday May 30, to take on Antrim in the final game of the Allianz NFL Division 4 North campaign.

With Leitrim out of contention for the top two places in the group and Antrim already qualified for the promotion playoffs, the game might been seen in some quarters as a chance to give a run out to members of the panel who have not got a run out yet against Louth and Sligo.

However, speaking to the Leitrim GAA Podcast (link HERE), Hyland agreed that while he may give fringe players a run out against the Saffrons, players needed to show “pride in themselves and the jersey they wear and the people they represent.”

“It is probably a little bit of both, at the end of the day, lads have to have a little bit of pride in themselves and the jersey they wear and the people they represent,” Hyland said “So I don’t mind if you started last week or you’re in the 26 or in the six that didn’t get in, once you put on that jersey, it doesn’t matter.”

Pride and effort are the basic requirements, Hyland suggested, of any inter-county footballer: “If you’re in an inter-county panel, you’re in there because you’re the best footballers in the county and whether you didn’t play last Sunday or you didn’t play against Sligo and you’re handed a jersey on Sunday, pride should be a given on any day you go out and effort should be coming off the back of that. If you fail because of that, that’s fine.”

Even if Leitrim do give players who have yet to make an appearance in the League a run out, the Leitrim manager expects them to battle for victory as hard as they can: “We will probably give as many guys football as we can, guys that haven’t got football because that is what they are in there for.

“We will be looking again to get a result because in the end of the day, the only way you can measure yourself is if you get success, it is not just a dead rubber game for us because there is a cup in the corner, it is called pride and we need to get our hands on that cup.”