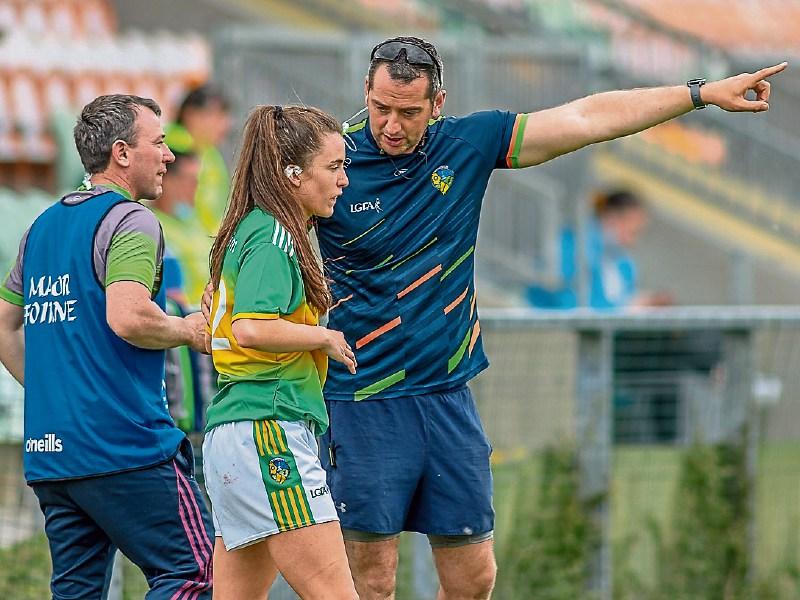 He might have accepted it was an impressive win but Leitrim manager Hugh Donnelly claimed last Sunday's victory over Derry “was hard fought, and it was nip and tuck for long periods.

“The scoreline was very flattering to be honest. Derry made it very difficult for us for long periods of the game. For whatever reason, we were slow to start with; we were sluggish; we just didn’t do the things we were supposed to be doing and we made very hard work of it.”

The Leitrim manager was also impressed with the progress the Oak Leaf County have made: “We played this Derry team last year in Derry and we beat them convincingly. That team today was a very different Derry team. They worked very hard. They are organised.

“We struggled for long periods just to get to move the ball and to do the simple things. Things we talked about doing and for whatever reason they didn’t just come off today. But look – it is a learning curve. It provides an opportunity for us to look at the videos again and then try and improve on things.”

The Leitrim boss expects his side will have a tough tussle with Antrim next Sunday in what will be Leitrim’s final Division 4A tie at the Michael Davit’s GAA Club Grounds on the Falls Road in Belfast.

“It will do or die against Antrim. It is going to be a massive challenge between the travelling and getting up there and organising stuff for it. Antrim are difficult opponents.

“Again, we had a convincing result against them last year, but we can’t read anything into that. We have to go back to the drawing board this week again and learn from our mistakes and try and rectify a few small things. Hopefully, that will get us across the line next Sunday.”

Hugh was happy to use seven subs on Sunday: “That’s the purpose of the panel - it is a waste of time if you don’t use them. Not only were conditions energy sapping but we also picked up a few injuries and some of the girls got tired.

“Believe it or not one or two of the girls didn’t have their best day at the office, as well. That’s part and partial of playing football. It is great to have the panel. The depth we have at the moment is first class.”

Failing to take their chances cost Derry last Sunday according to manager Odhran McNeilly who reflected that the final scoreline didn’t reflect what happened in the game.

“We started off very well and we got the ball back very well, but we couldn’t make it count on the scoreboard. When you look at the score line you would think it was a one-sided affair. But it was far from it. If we had taken our opportunities, we would have been in the game the whole way along,” McNeilly claimed.

“But we didn’t at this level and Leitrim punished us. They have a couple of really handy forwards as well as a couple of forwards that came off the bench too. They punished us for not making all the possession we had count.”

However, Odhran did concede that Derry were just a matter of weeks into a new set-up and with time, the goal chances will be taken: “We are just seven or eight weeks into the project here. We are making marginal gains each week. But a team you’re in charge of has to take their goal chances at any level. If a goal chance goes in, it is a different game. But hopefully as we start to progress, we will also start to convert those goal chances.”