Cathal was as good as any of them reckoned Packie McGarty 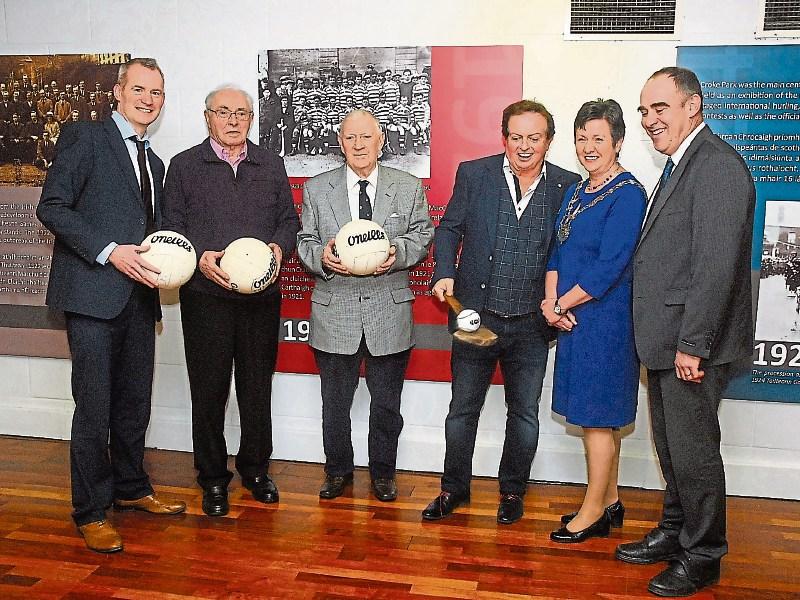 To many, it must have felt that they were a single entity - Flynn & McGarty, McGarty & Flynn - but as the two most famous Leitrim footballers of their generation, the Green & Gold duo stand comparison with any of the game’s double acts.

There has been many deadly double acts down through the years but there is no doubt that Cathal Flynn and Packie McGarty stand with the best of them, the duo inextricably and forever linked in folklore.

Tributes have flown in the wake of Cathal’s sudden passing late on Thursday evening but who better than to judge how good the mercurial Flynn was than his old teammate and great friend Packie McGarty.

Speaking to the Observer in 2016, Packie said of Cathal: “Cathal was a great player, a great corner forward. I tell you what, there was very few men could mark Flynn - the day we beat Leinster in Ballinasloe in 1958, we scored everything, myself & Flynn, bar two points and Flynn would have scored those two points only Purcell was taking the frees.”

The great McGarty, who went to his own eternal reward two months ago, had only the highest praise for Flynn’s achievements: “Flynn used to come out and catch the ball and he’d cut right across the goal and he’d kick whichever which way he was running - he’d kick it with either foot on the run.”

With their names so irrevocably linked in the annals of Leitrim GAA folklore, Eamonn McGarty paid tribute to Cathal Flynn on behalf of the entire McGarty clann: “It is with great sadness that the McGarty family learnt of Cathal's passing. Dad often spoke about his teammates and Cathal featured prominently. Dad had great respect for Cathal as a friend, teammate and a gifted footballer.

“When dad talked about former teammates there was always a warmth in his voice, sometimes reliving moments in matches and recalling games with a remarkable vividness. Cathal was always involved in the key matches that dad spoke about. They had shared feats together like winning Railway Cups with Connacht and getting to so many Connacht finals with Leitrim.

“Like many GAA people when Teams of the Millennium and similar milestones were being picked my family would discuss them at great length with my dad. He would look forward to seeing the names listed in the newspaper. There was probably the most debate about the corner forward positions.

“There have been so many great ones. Players that were pivotal to All Irelands being won. Dad would have a forensic knowledge of the players of each generation. Dad would often mention John Egan, Kevin Heffernan and Mickey Linden.

“Always during the conversation dad would say "do you know Cathal was as good as any of them". That was a sign of the respect dad had for Cathal.

“Cathal was an immensely skilful footballer. He was recognised on the Leitrim Team of the Millennium 2000. Cathal was top scorer in the National League for nine consecutive years and ten in total.

“Apart from scoring highly from open play he was deadly on frees. Dad used to say that if you were fouled within the range of the posts "you could mark it down". He wouldn't miss.

“On one famous occasion in the 1958 Railway Cup semi final Connacht defeated Leinster 1-11 to 0-7. Despite the presence of some legends from the other Connacht counties, Leitrim's twins accounted for 1-7 on that day. The headline of the Irish Press the next day read "McGarty and Flynn stole the show in Ballinasloe". Like all great combinations both players understood each other's game and played to their strengths. They dovetailed brilliantly.

“It is a sad time for Leitrim GAA but we hope that both Packie and Cathal will inspire future generations to recapture the magic of the 1950s and 1960s and go the extra step of lifting the Nestor Cup. As Tommy Moran said, I am sure dad has his arm around Cathal now in Heaven and recalling those days. I suspect a football won't be far away!”