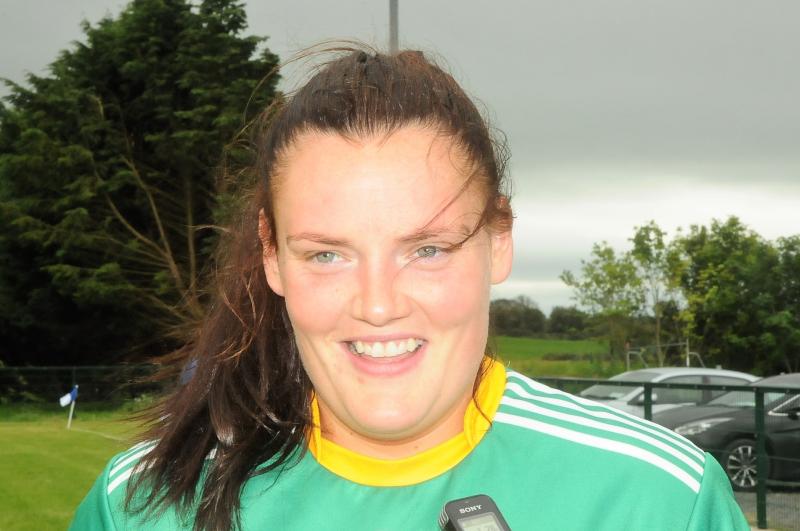 Reluctant interviewee she may be, even after a great individual performance, but Michelle Guckian’s actions are definitely speaking louder than any words ever good as she led the Green & Gold Ladies to the Lidl NFL Division 4 Final last Sunday.

In a team full of devastating forwards, the Leitrim full-forward is a player in scintillating form right now, plundering 1-6 in Sunday’s Semi-Final victory over Limerick in Milltown GAA club in Galway but she very much prefers to do her talking on the field.

But when persuaded to have a quick word with the Observer, what comes across is not nerves but rather a player who is really enjoying her football right now and seeking to win trophies with the Green & Gold!

Reflecting on the victory over Limerick, Michelle highlighted the role played by the entire squad in the team’s success: “There is always great competition at training and everyone is fighting for their place. It is great to be in a final, that is what we want, that was our target from the start of the year.

“Every player is working mighty, the training sessions are great, the atmosphere is good, the mood is brilliant so that is what we want for the next two weeks.”

Plaudits for her own scoring feats, 1-6 was added to the 3-19 already racked up in the three group games, are batted away: “I am pleased with my own form. We’ve worked so hard over the lockdown, Hugh had a plan for us in place. I think every blade of grass on the field was covered by individual players but that is what we want. It is working well for us and hopefully for the League final, we can push on again.”

Even a joke about turning down what looked like a certain goal to set up Bronagh O’Rourke for Leitrim’s final goal is greeted with a laugh and a reminder that the team ethic is key: “In fairness, Bronagh made the perfect run, had to give it off to her, I couldn’t leave it out. That’s the way it is, we’re doing great stuff, running off the shoulder, we’re working very hard.” 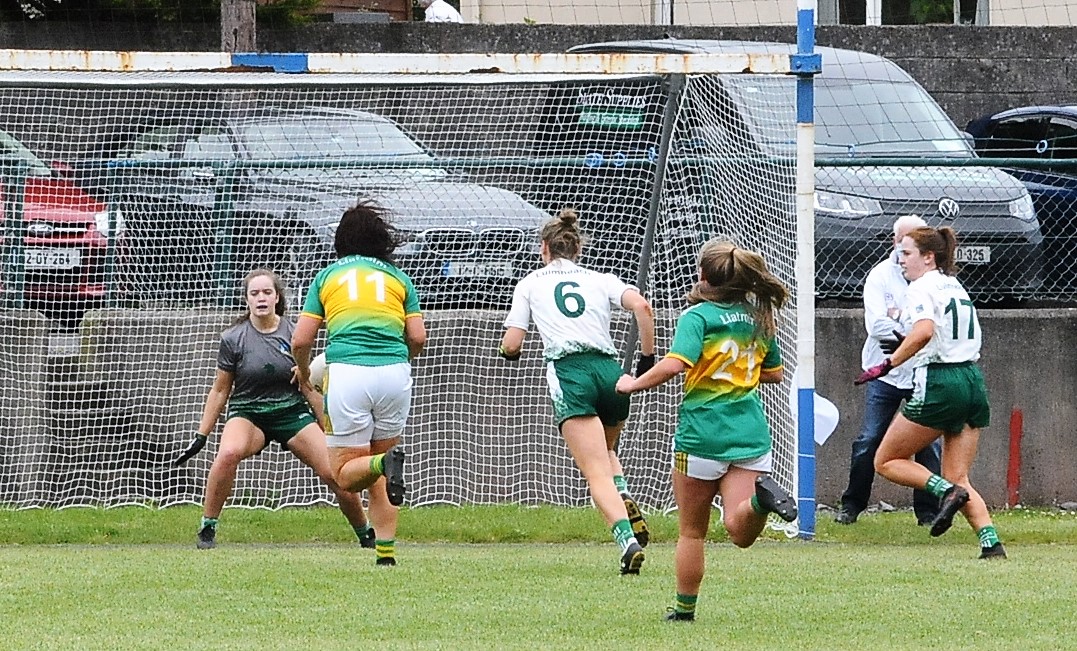 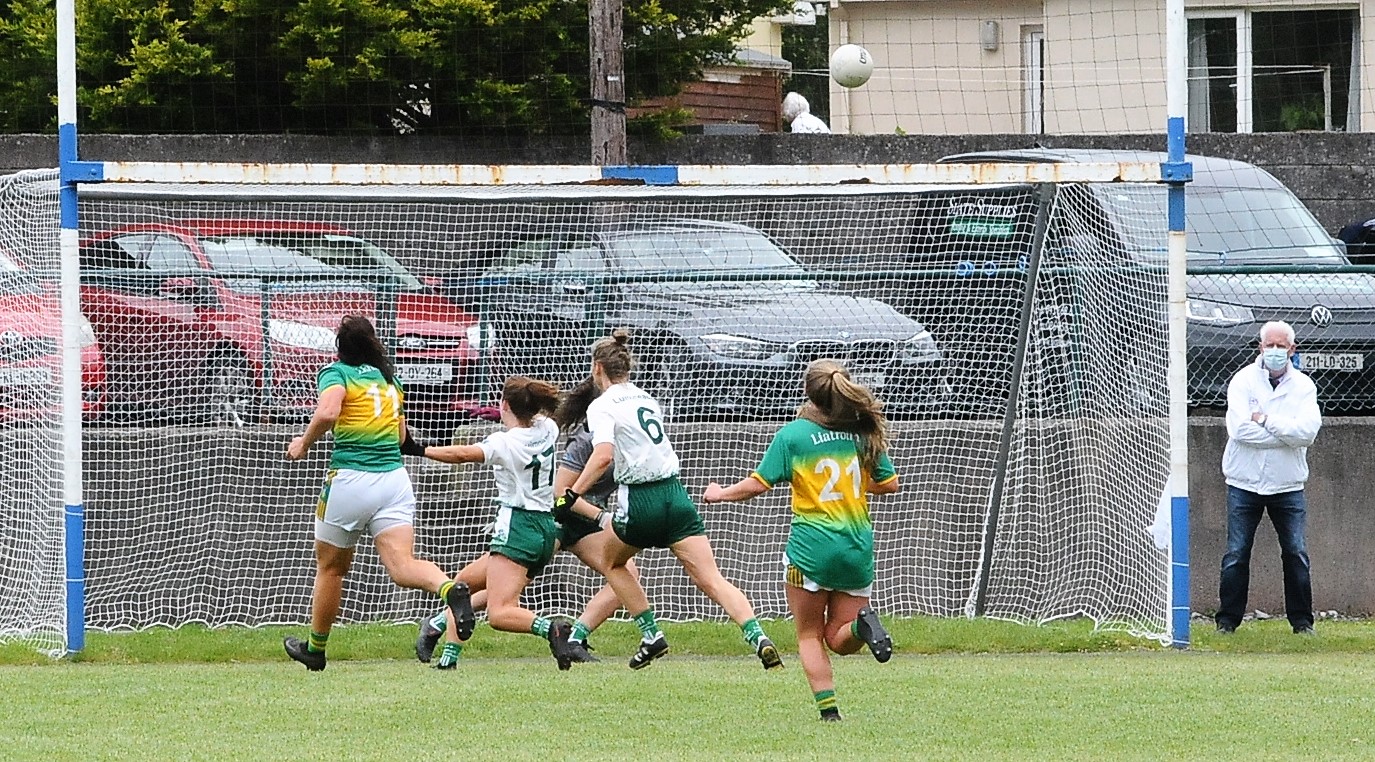 ABOVE: Willie Donnellan's photos show Michelle Guckian bearing down on goal before setting up Bronagh O'Rourke for Leitrim's final goal against Limerick on Sunday

The Kiltubrid player admitted that Leitrim’s strong start against Limerick was part of a plan to counter slow starts from previous games: “That was the plan for today. The last few games we got off to a very poor start, especially up in Antrim.

“Got off to a very poor start and it took us too long to get into the game and it was only after the first quarter, we only got going, I think it was 20 minutes before we got going. That was our target for today, to get going straight away from the hop, get a few scores on the board.”

Neither was Michelle worried that the Green & Gold didn’t get a sterner test from Limerick: “No disrespect to Limerick at all, they are a Junior team and I know we are trying to fight to be back in Division 3. They are a great side but look, sometimes it is a bit of luck on the day. We got lucky, we did very well, we had our game plan in place and it all came off at just the right time for us which we were delighted with.”

Louth are next up and you sense Michelle is relishing meeting the Leinster side once more: “We’re going to play the best team so it doesn’t matter to us. We played Louth already, they beat us last year, we beat them this year, there is nothing between us.”