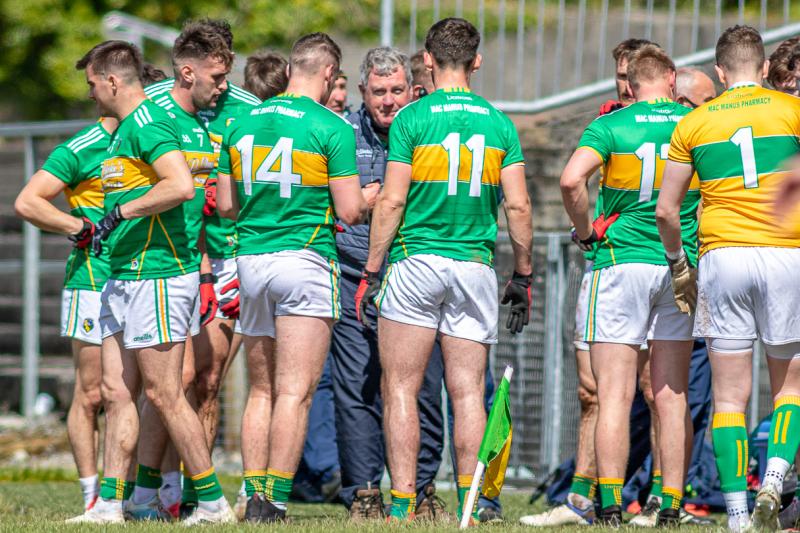 It might be the guts of seven or eight months away but Leitrim footballers will be facing 2020 Provincial champions Cavan and Tipperary in the 2022 Allianz National Football League campaign after the Division 3 relegation playoffs last weekend.

In a surprising fall from grace, reigning Munster champions Tipperary and reigning Ulster champions Cavan both fell to defeats in their Division 3 relegation playoffs meaning they will take their place with Leitrim, Sligo, Wexford, Waterford, Carlow and London, providing the Covid-19 situation is resolved, in the 2022 Division 4 campaign.

Both Tipperary and Cavan will start as favourites for promotion, long before a ball is kicked and the irony is that Tipperary only secured their Division 3 status last October by beating Terry Hyland's side in Avant Money Pairc Sean Mac Diarmada - a defeat that relegated the Green & Gold.

Tipperary lost to Padraic Davis' Longford in Glennon Brothers Pearse Park last Sunday, 1-13 to 0-9, and it had seemed as if the Munster men were on the way to victory when they drew level early in the second half. But a goal from Dessie Reynolds seven minutes into the second half lifted the midlanders and they cruised home to secure their Division 3 status for 2022.

The biggest shock of the weekend was Wicklow's dramatic 3-11 to 0-18 victory over Cavan in Navan's Páirc Tailteann with goals from veteran Sean Furlong (2) and Patrick O'Connor giving them an unexpected victory. With Gearoid McKiernan lining out for the Breffni Blues just three days after his wedding to Cavan Ladies star Donna English, Cavan looked as if they were taking control after 17 minutes.

However, O'Connor's goal gave Wicklow a new lease of life and they led 1-5 to 0-7 at the halftime interval. Two Furlong goals gave Wicklow a huge boost to leave Cavan six points adrift just ten minutes into the second half. Cavan launched a furious fightback but couldn't get the goal they needed, Mark Jackson making a vital save to deny Conor Madden a goal five minutes from the end of normal time.

Mickey Harte's impact on Louth has been dramatic as the Leinster side cruised past Carlow in the Division 4 semi-final, a late Paul Broderick penalty putting a gloss on the 1-23 to 1-15 scoreline for the Barrowsiders. Louth led 1-12 to 0-5 at the break with the goal coming from Conor Grimes.

Antrim will join them in Division 3 after their 1-15 to 0-11 victory over Waterford in Dungarvan's Fraher Field. With five minutes to go and six points between the teams, Odhran Eastwood, so impressive against Leitrim in Corrigan Park, grabbed the game's only goal to seal the victory for the Saffrons.

Sligo ended up with a disappointing loss to Wexford in the ill-fated Division 4 Shield Final, as the Model County surged to a 2-15 to 0-9 victory in MW Hire O'Moore Park, Portlaoise. A first half goal from Ben Brosnan ensured Wexford went into halftime with a 1-7 to 0-4 lead and they cruised home with an injury time goal from Liam Coleman adding a gloss to the scoreline.