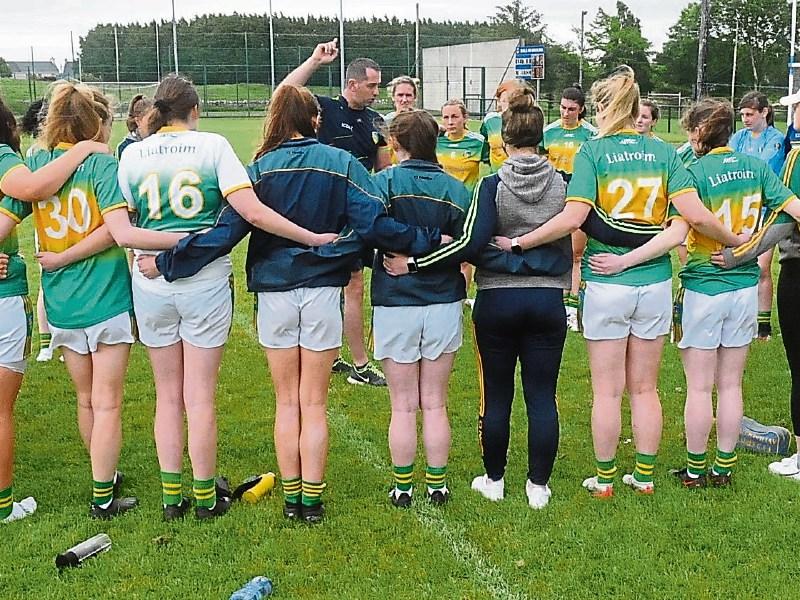 High achievement in sport comes with a price, not only in terms of endless hours devoted to your craft and the sacrifices a competitor and their loved ones must make, all in pursuit of excellence, but also in an almost insatiable hunger for perfection.

I've done countless interviews over the years with this county's sportspeople and read many, many more with the top performers in a myriad of disciplines and it strikes me that the very best out there, both competitors and managers, are driven - no, compelled - to go the extra inch, extra yard, extra mile so that they can discover their sporting nirvana.

There is probably some tag for these character traits: Type A, high achievers or something like that but you know that the famed Al Pacino speech in “Any Given Sunday” is probably their personal credo. For those of you who have seen the 1999 movie, you won't easily forget the speech made famous in this country when Armagh footballers used it to fuel their drive for the All-Ireland title back in 2002.

For those of you who haven’t, I'll give a small flavour as Pacino, playing coach Tony D'Amato, implores his underperforming team to fight as if their lives depend upon the result of their impending playoff. With players mesmerised by his words, Pacino tells them “You find out life’s this game of inches, so is football. Because in either game, life or football, the margin for error is so small. I mean, one half a step too late or too early and you don’t quite make it.

“Because we know when we add up all those inches, that’s gonna make the f%#&@! difference between WINNING and LOSING, between LIVING and DYING!”

Winning and Losing, Living and Dying are in written in capitals because those words are virtually screamed by the coach - it's powerful stuff, moving and inspiring and if you've been involved in sport at any level, I defy you not to run through a brick wall after listening to Pacino’s words.

(IF YOU HAVEN'T WATCHED THE FAMOUS ANY GIVEN SUNDAY SPEECH BEFORE, SIMPLY CLICK HERE)

But relying on movie quotes, no matter how moving, is not the trait I find most common among those who excel in the sporting arena! Bizarrely, for those lauded for their triumphs, it is the defeats, the mistakes and errors that linger longest in their minds and fuels a rage that drives them in pursuit of the perfect performance.

I'd imagine if you talked to Dublin's James McCarthy or Dean Rock, it's not the six-in-a-row that fuels their inner fire but the 2014 All-Ireland Semi-Final loss to Donegal. Another more recent example is Kerry’s performances this year following last year's Munster Semi-Final loss to Cork!

Roy Keane never seemed satisfied with his performances, let alone those of his teammates, demanding the highest possible standards from all around him while Usain Bolt's words after setting a new world record were not of celebration but rather pointing out the errors he made, mistakes invisible to the vast majority of fans but one that stuck out like a sore thumb in the Jamaican's sprinter mind!

You could make the case that this approach is a bit over-the-top but then, you and I aren't high performing sports people, devoting every ounce of our being to achieving the highest standards. It is a tough ask for an individual, harder still in a team environment where not everyone might share that maniacal drive to excel.

It is why we often hear of how one person changed the culture of a team - their inner drive and demands for excellence from those around them inspiring their teammates to previously unheard of feats. They can be demanding, undiplomatic and maybe even aggravating to the more chilled among us but they drag everyone with them to achieve feats they will remember for the rest of their lives.

Hugh Donnelly is doing just that right now with the Leitrim Ladies and I dare say Padhraic Corrigan is doing the same with the Glencar/ Manorhamilton Ladies team. Their words in this week's sports pages reveal two managers setting targets for their troops and, in the interest of the greater good, insisting that they meet them.

I joked with a few of the mentors after Leitrim's victory over Limerick last Sunday in Milltown that I'd have hated to see Donnelly's reaction if they had lost the game, such was his fury at the sloppiness of his team's second half performance. The manager didn't mince words and the players were left in no doubt that Donnelly believes they are capable of so much more.

Maybe I thought Hugh was a little bit harsh, given that I had just witnessed an accomplished performance from the Green & Gold ladies but the more I thought about it in the days since, the more I am convinced that the Tyrone man is absolutely right.

Some may wonder if Donnelly's words were a tactic to keep his team's feet firmly on the ground but I don't think so. Good habits take time and a lot of concentration to take root in the consciousness of an athlete but bad habits spring up in an instant and take forever to root out.

That demand for perfection is tough and often draining on players and managers alike but the proof is clearly there to see - it took time for his message to sink in over a Covid hit first year but there is no doubt that Donnelly has brought about a huge improvement in the county ladies team, a process accelerated over this League campaign.

Their manager has demanded Leitrim win the Division 4 title and it is clear the players believe. Louth pose a formidable test in the League Final as they appear just as driven and just as focussed as the Green & Gold but all you can be sure of right now is that Donnelly has Leitrim on the right track and they will give everything they have, in the style of Al Pacino, to get crawl and fight across that line.

Finally, just want to wish the best of luck to Glencar/Manor and Leitrim Ladies over the next two weekends in their continuing pursuit of excellence.