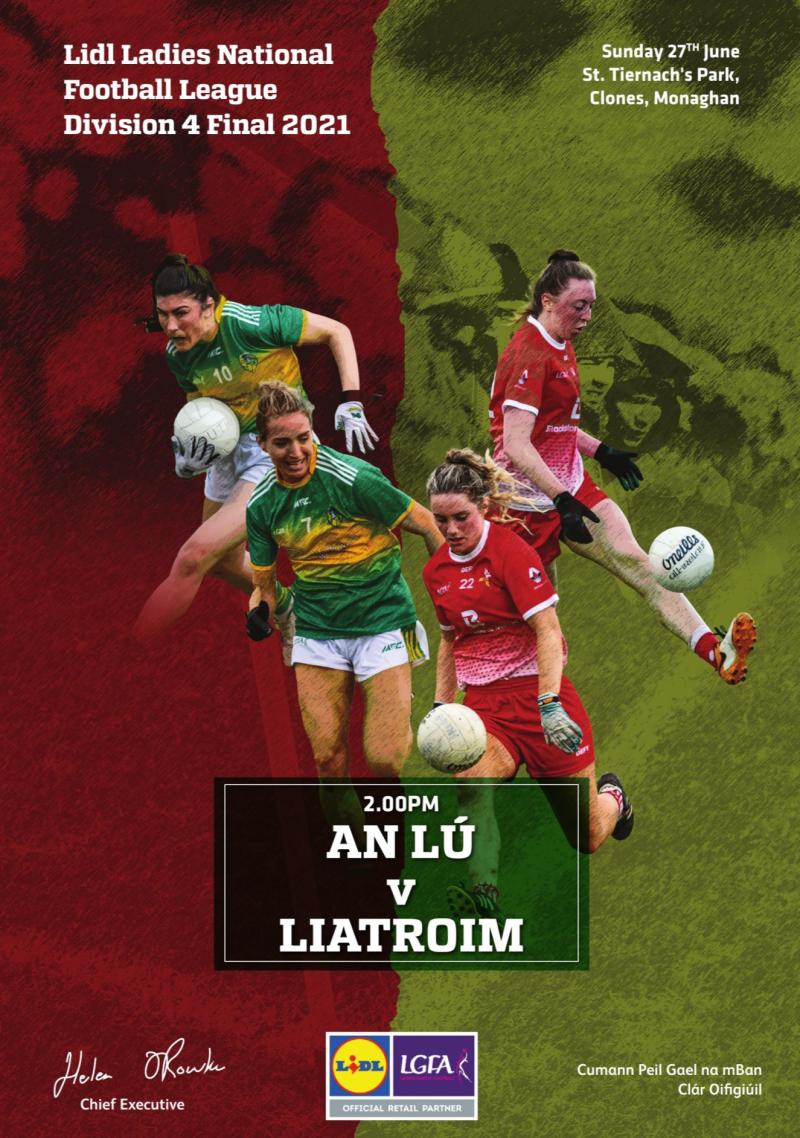 Leitrim and Louth have named their teams for Sunday's Lidl Ladies NFL Division 4 Final in Clones with a couple of surprises on Hugh Donnelly's team for the eagerly anticipated clash (2pm throw-in).

The Ladies Gaelic Football Association have released a downloadable programme for fans interested in following the action with a preview and pen pics of both teams. 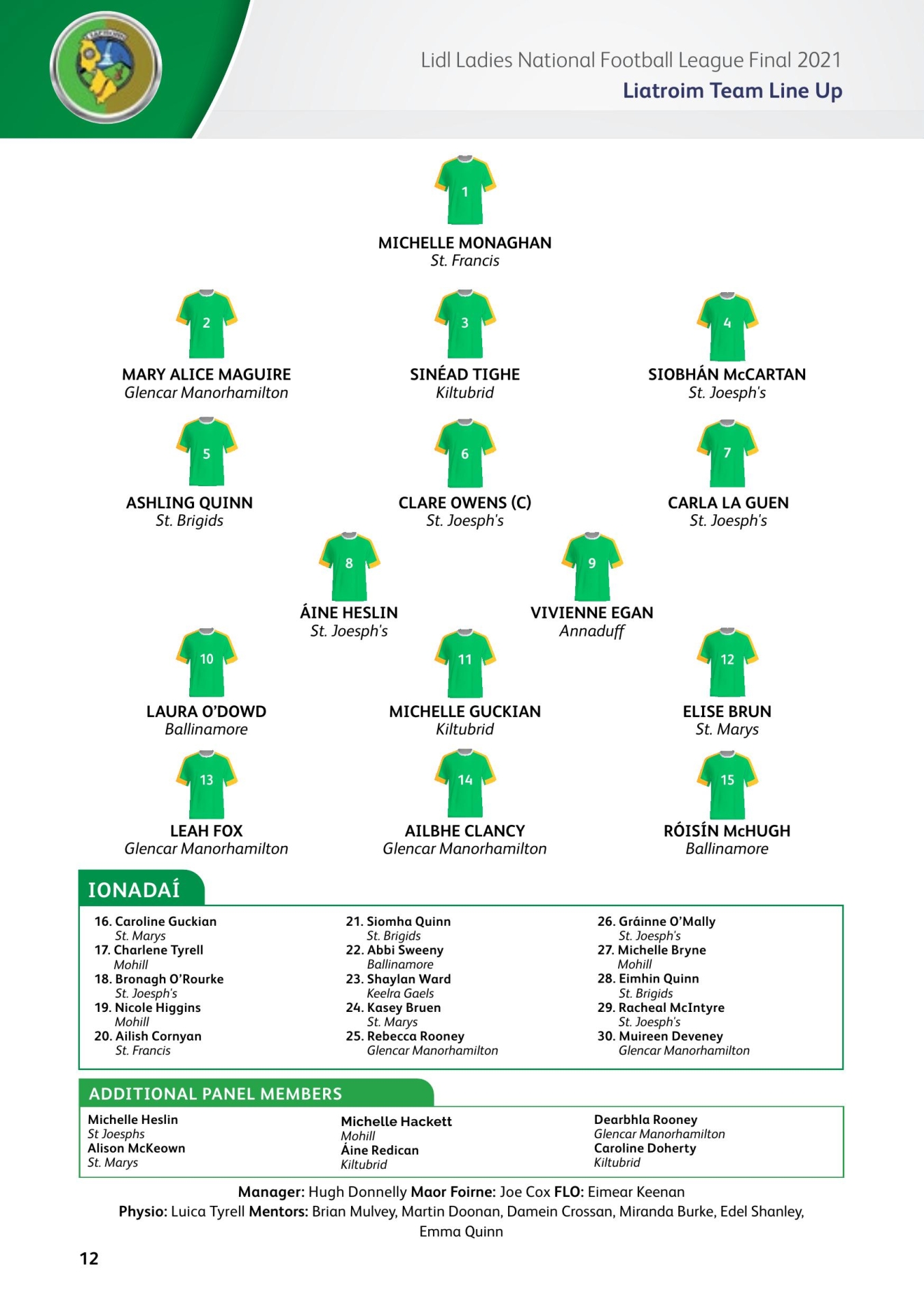 The Leitrim team shows a number of changes to the one that started against Limerick with Annaduff's Vivienne Egan, St Brigid's Aisling Quinn and Glencar/Manorhamilton's Connacht Intermediate Club Final Player of the Match Leah Fox starting in place of Glencar/Manor's Rebecca Rooney, Mohill's Charlene Tyrell and St Joseph's Bronagh O'Rourke. The team will be led by captain Clare Owens from centre-back.

For Louth, Aussie Rules star Kate Flood is named to start at centre forward as they field almost exactly the same team that was named to start against Leitrim in Ballinamore, even if Flood did not eventually field in that game. 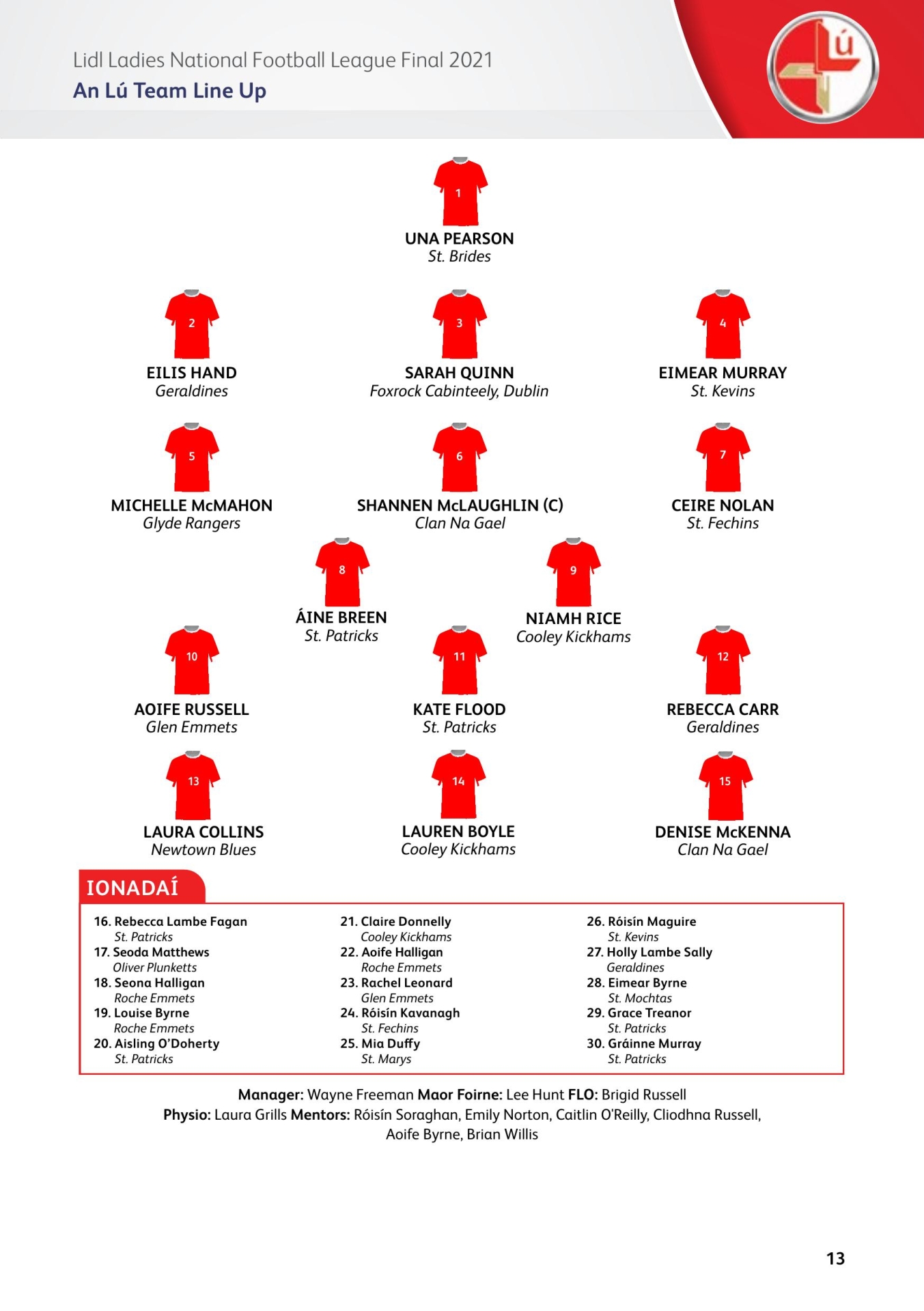 However, whether the teams actually line out on Sunday as in the programme is open to debate, adding to the intrigue of an already exciting clash.

Fans can download the programme by simply clicking HERE