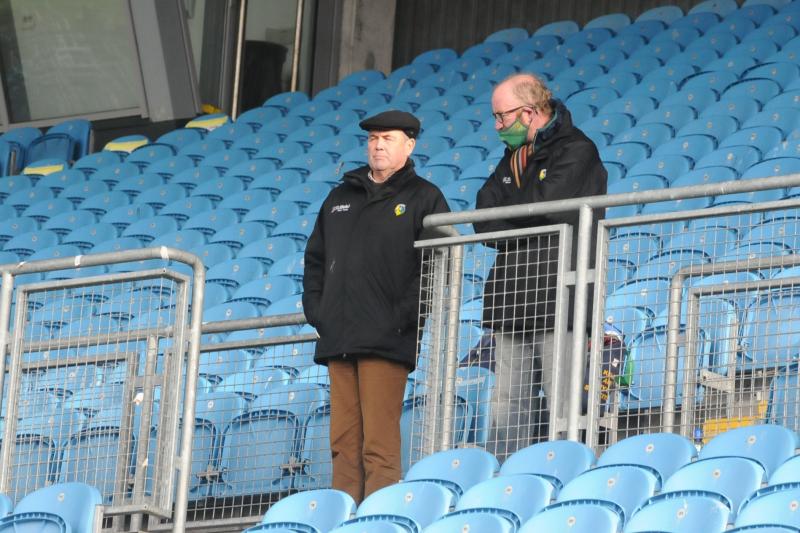 Five hundred fans will be allowed to attend Saturday's Nicky Rackard Cup tie between Leitrim and Mayo in Elvery's Mac Hale Park in Castlebar and next Tuesday's Connacht Minor Football Championship clash between Leitrim and Roscommon in Dr Hyde Park after it was announced that the new limits would apply for this weekend's championship games.

The new limits that were due to come into effect next Monday July 5, will see an increase in the number of supporters allowed to attend from 200 to 500 but since the announcement, Minister Jack Chambers has tweeted to confirm that the date will now be brought forward to Saturday meaning the GAA championship games across the weekend.

That means that the dedicated hurling community in Leitrim will be able to attend Saturday's game in Castlebar as the figure is not inclusive of players, management teams, media and match day officials/stewards. Having only 200 supporters allowed at games has been a nightmare for not only supporters but County Boards also who had the job of dealing with so few tickets.

The news will be welcomed by U20 manager Brendan Guckian who spoke of the importance for the family and friends and players to be attend games: "At that age group, I think it is important, and it is a nice thing for them, that their families can go and watch them represent their county and just that on the day, the people that are there to support them, that they show them what they are capable of and they put in a performance that will reflect the effort they have put in over the last number of weeks.”

Minister Chambers also confirmed that they will be looking at increasing the supporter threshold at games as July and August progress.

Small but important change for sporting events. The increase in spectator numbers is applicable from this Saturday July 3rd to facilitate increased attendances at matches this weekend. Further proposals on increasing capacity & matches are being developed for July and August