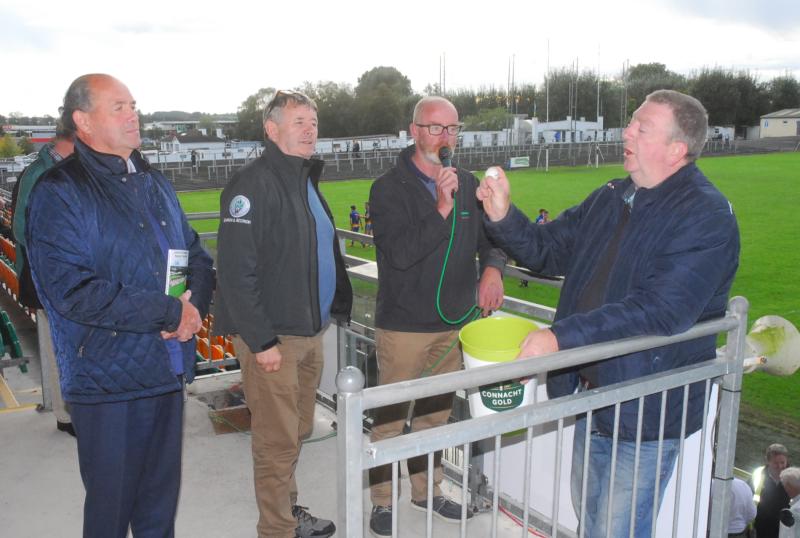 Ballinamore Sean O'Heslins and Leitrim Gaels booked their places in the semi-finals of the Connacht Gold Senior Football Championship on Sunday in Avant Money Pairc Sean Mac Diarmada but the prize for Leitrim Gaels may well be regarded as something of a booby prize after they were drawn to face defending champions Mohill in the last four.

The Gaels, who defeated Fenagh St Caillin's more comfortably than the 1-13 to 0-12 scoreline suggests, will face the defending champions who demolished Gortletteragh on Saturday. The other semi-final will see 2020 finalists St Mary's Kiltoghert take on Ballinamore Sean O'Heslins who had too much for Glencar Manorhamilton, wining 4-10 to 0-8 on Sunday afternoon.

The semi-finals will take place over the first weekend of October with the Leitrim CCC due to consider dates in the coming days.

Leitrim Gaels reached their first ever Senior semi-final with the Moreton brothers powering them to victory over 2020 semi-finalists Fenagh St Caillin's. A tense first half saw both sides swap scores before the Gaels took a leaf out of the Tyrone playbook, Conor Guckian's long delivery brilliantly palmed to the net by Enda Moreton.

The younger Moreton was proving unstoppable for Fenagh who will have quite a few regrets from this game, none more so that missing three great goal chances in the first half. Ryan O'Rourke, who you'd have put your house on finding the net, twice blasted wide with only Brendan Flynn to beat while Riordan O'Rourke and Oisin McLoughlin both saw shots blocked.

Leitrim Gaels led 1-6 to 0-3 at the break and they were never truly in danger as scores from Aidan Flynn, David Bruen, Colm & Enda Moreton, Eunan Treacy and Stephen Goldrick left them nine points clear with more than ten minutes to go.

Fenagh did launch a late rally with points from Riordan and Ryan O'Rourke, Jack Gilheaney and Oisin McLoughlin but despite outscoring the Gaels by six points to one over the final ten minutes, the gap was too great as Leitrim Gaels booked their place in the semi-finals.

Ballinamore Sean O'Heslins finally got one over on Glencar Manorhamilton and they did it in style thanks to a 4-10 to 0-8 win in the final quarter-final of the weekend. Shane Moran missed an early goal chance and the first half was a tense affair, characterised more by misplaced passes and turnovers as the sides were level on four points apiece heading into added time at the end of the half.

But the game changed in an instant when Glencar Manor dispossessed a Ballinamore man only to let the ball slip from their grasp. Tom Prior pounced but saw his shot brilliantly saved by Luke Sheridan but the Ballinamore man managed to show great athleticism, grabbing the bouncing ball and somehow passing across the goal for Shane Moran to tap to the net.

In the context of a tight game, it was an enormous score and left the halftime score at 1-4 to 0-4 at the break. It got even better for Ballinamore as Dean McGovern soloed through to point after just ten seconds. From the kickout, Ballinamore turned over the ball once again with Luke Murphy running in and finding sub Mark McGrory for a tap in.

Sheridan made a wonderful save to deny Senan Harte a goal but whatever dim hope the north Leitrim standard bearers had was wiped out on 43 minutes when a long Ballinamore kickout broke kindly for Tom Prior. Despite Manor's Cathal Og O'Connell trying to stop him by grabbing his jersey, the county man broke the challenge and sped clear to set up McGrory for a second palmed goal.

Prior did get the reward of his own goal with less than five minutes to go when he intercepted another kickout and soloed through to launch a rocket of a shot to the roof of the Glencar Manorhamilton net to seal a 14 point victory.