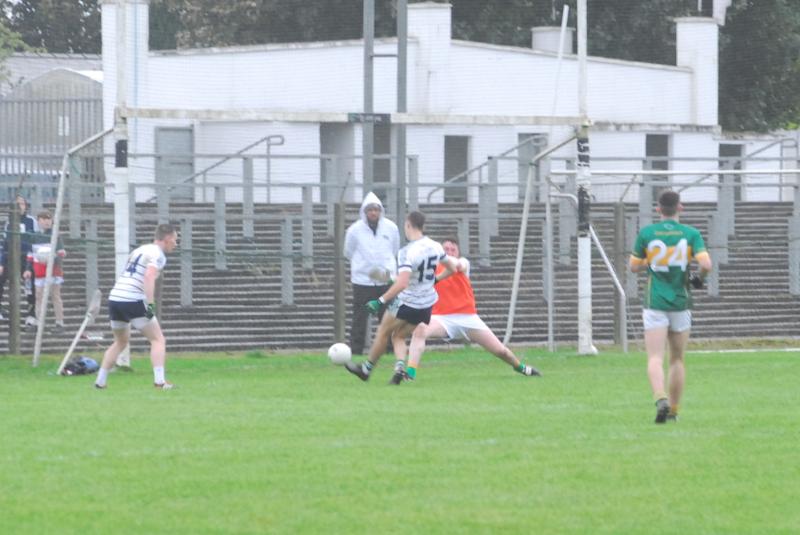 2020 County champions Mohill and finalists St Mary's Kiltoghert marched into the Connacht Gold Senior Championship Semi-Finals with convincing victories on Saturday in Avant Money Pairc Sean Mac Diarmada but there was something ominous and slightly frightening in the champions' demolition of Gortletteragh in the second game in Carrick-on-Shannon.

St Mary's had looked impressive in their comprehensive and pretty comfortable 3-11 to 1-7 victory over Aughawillan in the first game of the weekend but that was put in shade by a ruthless Mohill demolition of 2020 Intermediate champions Gortletteargh, reinforcing the belief that nobody will be able to stop Liam Keenan's team this year.

Perhaps the result with the biggest significance came in Drumkeerin when Melvin Gaels ensured their Senior status for another year with a 2-10 to 1-7 victory over Allen Gaels. It means the Drumshanbo men are relegated to the intermediate grade for 2022.

The Drumshanbo men trailed 2-4 to 1-4 at the halftime interval but they could get no close as the Kinlough side outscored them 0-6 to 0-3 in the second period to secure their senior status for another year.

In the first game in Avant Money Pairc Sean Mac Diarmada, Aughawillan got off to a good start when Morgan Quinn profitted when a Stephen Gilheany shot hit the woodwork and fell right into his teammates' hands, Quinn rounding St Mary's keeper Sean Reynolds to rifle the ball to the net and a 1-0 to 0-2 lead.

But St Mary's hit back in devastating fashion - Ray Mulvey set up Diarmuid Kelleher for a superbly taken goal on 12 minutes and barely a minute later, a slick move starting with Nicholas McWeeney in defence and going through the hands of Cian Singleton, Oisin Bohan and Gavin Reynolds ended with a blistering Robbie Lowe finish to the net.

The Carrick side led 2-5 to 1-3 at the halftime break but a goal ten minutes after the restart from Alan Doherty, pouncing to score after an Adam Reynolds shot hit the upright, put the game beyond all doubt. Aughawillan almost got an instant response but Sean Reynolds clawed away a flicked shot from a long ball.

Trailing 3-8 to 1-4 at the second water break, any hope Aughawillan had evaporated when Noel Plunkett receiving a straight red card with ten minutes to go and he was joined on the sideline ten minutes later when Fergal McTague also received a straight red for an off the ball foul on Brian Farrell.

Aughawillan actually ended the game with 12 players on the field after sub Ronan Maxwell was black carded but it mattered little as St Mary's ran out 3-11 to 1-7 winners.

The second game on Saturday featured much different conditions with rain making it hard for players to control the ball and it seemed as if they second game was following the script of the first with Mohill hitting two early points from Jordan Reynolds and Keith Beirne only for Gortletteragh to grab a goal from the penalty spot, Cathal McCrann firing expertly to the net.

Gortletteragh had the chance to added to their tally but misses from play and placed balls cost them dearly as Mohill's quick movement and ability to force turnovers saw them score eight unanswered points. The writing was already on the wall for Gortletteragh but Mohill ensured there would be no miracle fightback when Keith Beirne blasted to the net in the last minute of normal time.

It got worse for Gortletteragh when, straight from the kickout, Mohill turned the ball over and three or four passes later, Keith Keegan cleverly palmed the ball over Niall Tiernan for a second goal to give the champions a 2-12 to 1-0 lead.

The second half was a tough watch as Gortletteragh failed to score until injury time as Mohill simply bossed every sector of the field. Points flowed with impunity and Jordan Reynolds grabbed a goal as he virtually walked the ball into the net. Mohill's fourth goal came after slick passing left Oisin Madden free in front of goal and he sidestepped the keeper to score his goal.

Mohill eventually ran out a staggering 32 point winners in an ominous message for any of the other teams still remaining in the competition.