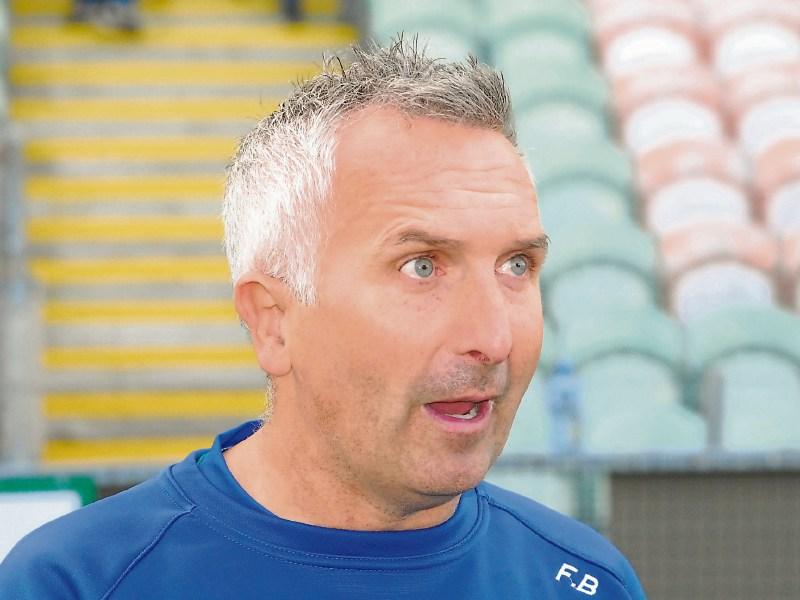 St Joseph’s may be limping into next Saturday’s Gotham Dry Wall LGFA Senior B Final against Ballinamore Sean O’Heslins with injuries but the way manager Fergal Brady sees it, it is only reaching the final that you can win it and his charges will do their level best to win it!

“At the start of the year, we wanted to get to the final and now that we’re there, we have every chance,” said Fergal after his team’s dramatic last gasp 1-10 to 1-9 victory over Kiltubrid, adding “It is great to be there, you can never win a final until you’ve won the semi-final!

“It is just one of those years - some girls didn’t get back because of Covid and the way the county set-up was this year, it gave us less time playing together. But we set a goal at the beginning of the year to get to the final, we’re there now, there is less pressure on us next year in that I’d rather be in the final than watching it.”

Having defeated Kiltubrid 4-15 to 1-8 in the group stages, Fergal knew St Joseph’s were going to have a much tougher battle and felt that some of his players might have been surprised by the intensity of the battle last Sunday in Ballinamore.

“People say a semi-final is there to be won,” said Fergal, “Some people think just because we played them in the earlier stages and beat them comfortably that day, we knew it wasn’t the Kiltubrid team. That today was the Kiltubrid team we knew was going to come with a fighting spirit, they worked their backsides off.

“You’d be critical of the chances we were missing and some of our girls, they weren’t just mentally prepared for the battle and maybe that is down to us as management for not having them that way. We knew Kiltubrid was going to throw everything at us so maybe some of the girls weren’t prepared.

“We started off and we probably had four or five wides before we had a point and then they got the goal early on and I said this battle is going to be a lot tougher than we expected. We missed chances, they missed chances at the end there, dropped one or two short.

“But I always said that with the chances we were creating, if lady luck is with you, something will happen and thank God it did. We hit the post and the crossbar but we’re grateful just to get over the line.”

Ballinamore present formidable opposition and Fergal hopes that his players can recover in time: “It is a quare turnaround, it will only be recovery this week. The games have come thick and fast. We had one or two who played through knocks and hopefully they are fit for next week but you know yourself, when you get to a final, injuries go away very quickly.

“Ballinamore gave us a good hiding the first day, they gave us a lesson in how to prepare for so I’m just hoping some of our girls realise that the battle we had today, it is a different kettle of fish next Saturday.

“St Francis put it up to them in the early stages but the last 15, 20 minutes, once Ballinamore got a hold of it they pushed on. They are a good strong physical team and you can’t ask for anything better going into a final.”