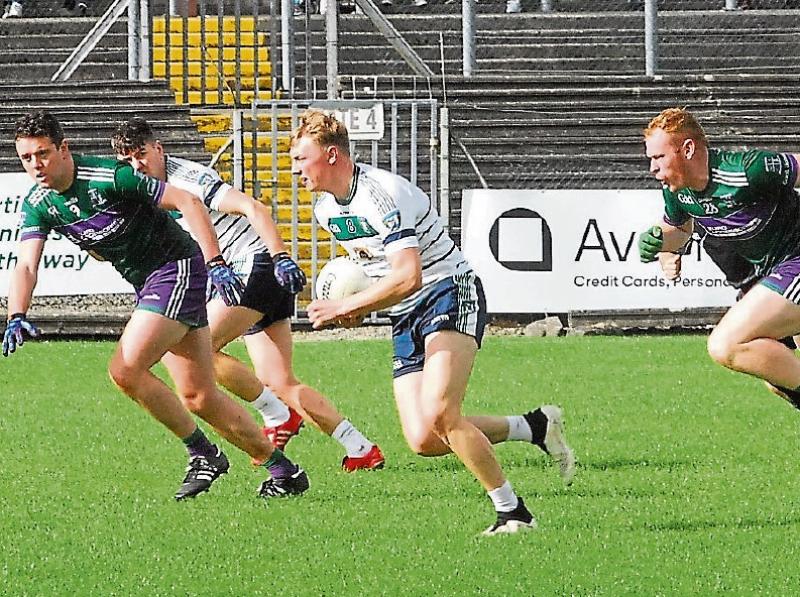 Dark was the mood when I got home on Saturday evening last after another day feeling slightly let down by what I witnessed on the football fields of Leitrim. Twenty-four later, all changed as two wonderful matches brought back to me the majesty and magnificence of what gaelic football could and should be.

That sounds a bit overly dramatic but after four one-sided Senior quarter-finals followed by a few underwhelming Intermediate knockout games, saved only by the close nature of some of the contests, I don't think I've ever been as deflated as I was following Ballinamore Sean O'Heslins' ruthless dispatch of St Mary's in Saturday's first semi-final.

That's got nothing to do with Ballinamore winning or Carrick losing - credit to Ballinamore, they came ready for battle and in producing easily their best performance of the year, they served up a timely reminder why so many well regarded judges of football in the county see Dominic Corrigan's side as potential champions in waiting.

Nor has it got anything to do with getting the prediction wrong. I hold my hands up but, in my defence, I did say I wouldn't be surprised if Ballinamore won.

No, the disappointment came from just another addition to the ranks of poor contests, if you can call it that, in this year's senior grade. Winning or losing can be a matter of luck often times but St Mary's failure to offer a challenge was doubly disappointing and while the scoreline was nowhere near as bad as what poor Gortletteragh suffered against Mohill in the quarter-finals, it felt the same and left you worried for the future of the championship.

Fair play to Ballinamore - they played with hunger and an intensity that St Mary's couldn't match but I imagine they were just as surprised as mystified Carrick supporters were as to what happened to the men in white. I don't think I've ever met as many supporters, and even players, so perplexed as to what happened with Denis Connerton summing up the feelings of so many when he said he didn't see that coming!

With Mohill expected to give first time semi-finalists Leitrim Gaels a bit of a trimming on Sunday, it was difficult not to be downhearted. But barely 24 hours later, the mood was very different after two wonderful contests in two very different grades.

First up was the U15 Division 2 Final - not a place you'd expect to reignite your enthusiasm but such was the excitement and superb entertainment in the contest between St Mary's second string and Leitrim Gaels that I'd rank it as probably the best game I've witnessed in the flesh this year!

That's quite a claim given some of the games in 2021 but this was a game to remind you why we all love gaelic football. First of all, for two deadly rivals from the same parish, it was played in a wonderful spirit - players checking if injured opponents were alright, offering them water and mentors helping a rival player stretch their cramping muscles as two teams gave their all in pursuit of victory.

St Mary's came out on top after extra-time to complete an historic U15 Division 1 & 2 double but it was a close run thing and the Gaels weren't far away from their own U13 & U15 double themselves. Most of all, we saw two well coached teams with some great individuals but with an emphasis on the team above all else.

So great credit to both clubs, it is clear to see the good work being done at underage level in both although, without taking anything away from St Mary's great achievement, I have to admit it is not a great sign for the overall health of underage football in the county that a second string team, even with some first team players on board, can win a Division 2 title. Is it a something for other clubs to ponder on or maybe a sign of the way population numbers are going in this county? Hard to know.

There was one black spot that I'm almost reluctant to mention. There were no line markings on the pitch in Annaduff and it might have had a disastrous effect on the outcome when St Mary's looked to have won a cast iron penalty. Only we didn't get a spot kick as referee Eamon Dolan was unable to award the penalty as he couldn't be sure if the foul occurred inside or outside the area with no markings, even after consulting with his umpires!

A quick dash into Pairc Sean for the second Senior semi-final and the most unexpected treat of the weekend - a competitive and captivating clash between Mohill and Leitrim Gaels that saw both teams produce easily the best game of the competition by a country mile this year - even in awful conditions that reduced the game to an energy sapping trial.

There were wides, slips and mistakes but that actually added to the drama as Leitrim Gaels refusal to be cowed by Mohill's reputation really made this contest. The underdogs looked in trouble as they failed to contain Keith Beirne (then again, who has this year?) and Mohill sauntered to a seven point lead early in the second half but then we got to see the resolve and inner fire in both teams.

Leitrim Gaels, spurred on by Enda Moreton who must surely be one of the first names on the call sheet of a certain new Leitrim manager reputed to hail from Ballaghaderreen, roared back into the game and had the chances to draw level. That they didn't take must surely still be a source of regret in the cold light of day.

But Mohill are not champions for nothing and having their resolve tested to the full by a Gaels team with just enough bravado to put the seemingly untouchable champions to the pin their collars, we truly saw what this Mohill team is made of.

The sheer hunger and awesome levels of energy Mohill displayed at the end of a draining encounter was astounding. There may have been a slight sense of inevitability to Mohill's power and strength in depth pushing them past a tiring Gaels but given what we witnessed on Saturday and what we feared on Sunday, this was a wonderful treat for any true fan. Here's hoping the final can match Sunday's contest - if not exceed it!

Gaels do Mohill a big favour!

There will be a lot of water under the bridge in Carrick by the time we know if the Fenagh Cup is headed back to Mohill or off to Ballinamore but Leitrim Gaels might have done Liam Keenan's champions a huge favour by testing them so fiercely last Sunday.

Even with their clash with Ballinamore in the group stages when they lost Keith Keegan to a red card and still won by three points, Mohill's average winning margins up to last Sunday's wonderful encounter was a staggering 15.3 points a game so having a team push you to the limit is just what the doctor ordered.

It was a timely reminder, if they needed one, that nothing is certain on the field of play and, if they go on to retain the Fenagh Cup, it may just be the game that made all the difference for Mohill! Of course, Ballinamore will have quite a bit to say about that!