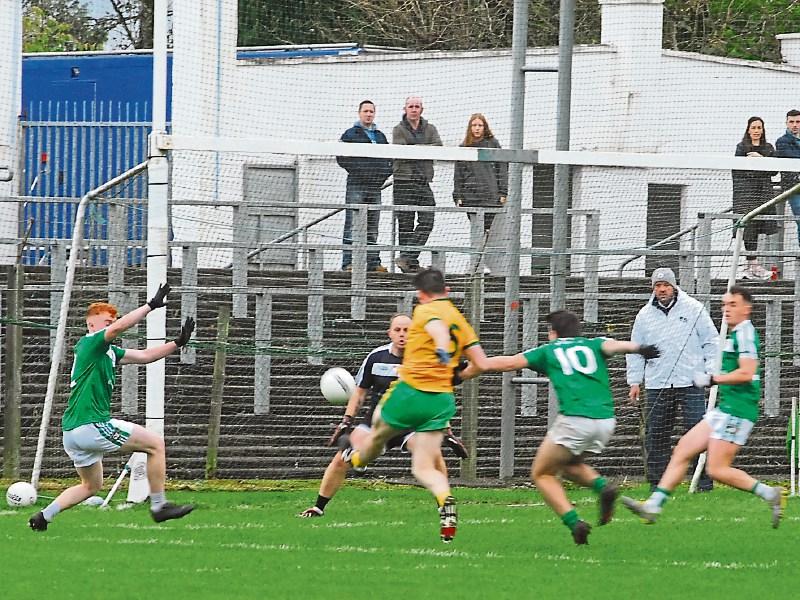 Where to start in a game that had everything we love about gaelic football? Impossible to pick just one moment on a day when both teams gave everything but when I witnessed one Ballinamore player sitting on the sideline in tears after the game, you'd want to have a heart of stone not to be moved by the outpouring of emotion that greeted Ballinamore's wonderful victory

Other than a bit of mouthing and the diving, from both teams I have to say, that is becoming so prevalent in today's game, the only problem I had with the game strangely enough was that we didn't get a draw and a chance to enjoy another day out! But maybe I'm just being greedy and Ballinamore certainly won't mind finishing the job on the day!

Hard to pick one so I'll go for two! Darren Maxwell's superb third save early in the second half and Senan Harte's turnover and subsequent superb long range point were huge momentum shifts in a game that was decided by millimetres!

With so many putting in so many excellent displays, it is hard to pick just one. On any other day, and maybe even in defeat, Keith Beirne would have got the nod with a superb display. Wayne McKeon did get the nod from TG4 and it is easy to see why, his influence was huge and four points from frees were crucial. But for me, and I have to stress this is taking nothing away from Wayne McKeon, I can't look beyond Darren Maxwell - three superb saves kept Ballinamore alive in a game that always looked as if it was going to be decided by a goal and without Maxwell's heroics, hard to see Ballinamore winning out!

Other than the controversy over what looked like a nailed on penalty for Ballinamore, can't fault Gareth Foley for an excellent display that added to the contest

It is a cliche but this really was a game that could have gone either way - Ballinamore timed it perfectly and struck at just the right time to sink Mohill but for long periods of the contest, the 2020 winners were probably edging the contest and were it not for three missed goal chances and a couple of costly turnovers, we might have witnessed history for Mohill.

As it was, Ballinamore's victory was fully merited - they hung tough and refused to take a backward step when Mohill threatened to run away with the contest. Veteran Liam Ferguson was superb marshalling the backline and they crucially managed to restrict Keith Beirne in those final frantic minutes.

Finally, the hardest heart would not have been moved by the outpouring of emotion from the Ballinamore fans. My first year with the Observer saw Ballinamore win their 20th title but the next 30 seasons have been tough for a very proud club. The task now for this reawakened giant is to push on and not rest on their laurels.

Ballinamore Sean O'Heslins will take on the Galway champions in the Connacht Club campaign on the weekend of November 20-21 while Mohill are no doubt plotting to strike back in 2022!