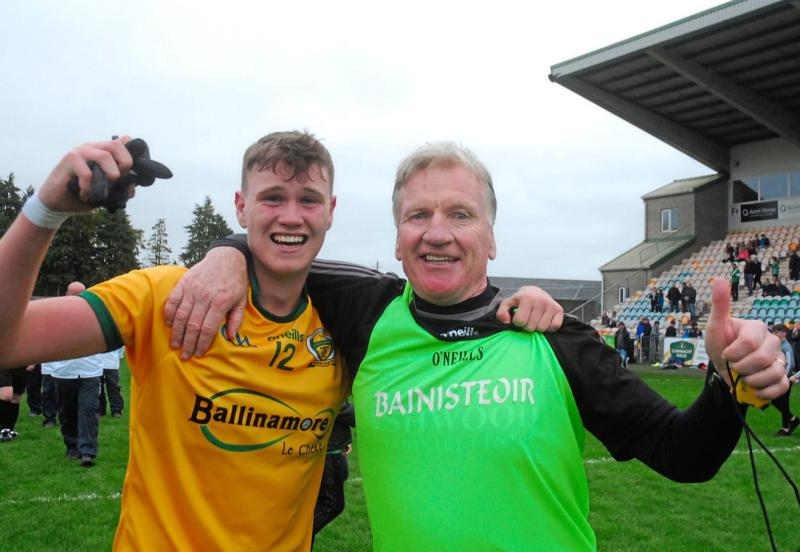 They may still very well be celebrating their Connacht Gold Leitrim SFC triumph last Sunday but Ballinamore Sean O'Heslins players and fans might be getting a little worried after reading that their manager Dominic Corrigan is being linked with a return to inter-county management next year!

Speaking to the Irish News on Tuesday, the former Fermanagh manager admitted that he would be open to the idea of returning to the inter-county game but he is still committed to Ballinamore Sean O'Heslins Connacht Senior Club campaign and managing the St Michael's College Enniskillen Senior team in the McRory Cup.

The Irish News' Neil Loughran quotes Corrigan as saying "I’m retiring in June, so after that I would look at it because I look at county management as a full-time position. I wouldn’t take anything on at the minute, I’m focusing on the MacRory Cup now that Ballinamore have brought the title home, but I wouldn’t rule out county management down the line.

"I’ve been linked and had plenty of enquiries but, certainly for the next 12 months, I’m happy where I’m at. After that we’ll see."

For Corrigan, Sunday's triumph with Ballinamore is a sixth County title he has won, having been involved with Castleblayney's 1999 and 2000 wins in Monaghan before leading Carrickmore (2004), Clontibret (2014) and Killyclogher (2016) to the top of the tree. However, the Ballinamore manager ranked his success last weekend as "right up there" with any triumph he has been involved with.

"Some of the players mentioned to me how sport, especially after the last couple of years, is something that still has the power to put smiles back on people’s faces. I know there were tears of joy yesterday, but it was mostly smiles, and the smiles will be in Ballinamore for a long, long time yet," said Corrigan.

You can read Dominic Corrigan's interview in full HERE