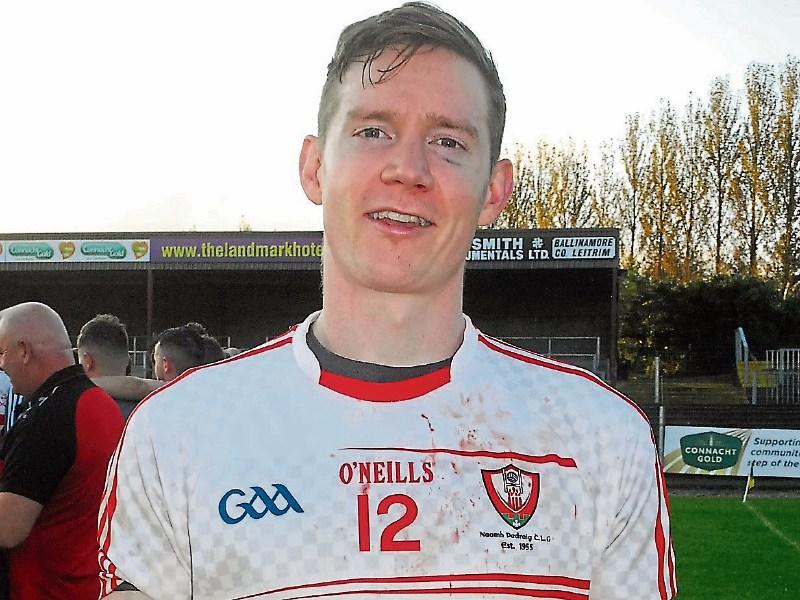 There are teams who come from nowhere to reach finals and achieve success but for most, it is a long process, punctuated often by disappointment and heartbreak. Certainly, you get the feeling from Michael Clancy that St Patrick’s Dromahair have learned some tough lessons on their march to this year’s Smith Monumentals IFC Final.

Dromahair take on Ballinaglera in next Sunday’s Final in Avant Money Pairc Sean Mac Diarmada (2.30 pm throw-in) and it promises to be an epic battle with two well matched teams and Dromahair captain is hoping the lessons of the past will help him and his teammates.

“You learn from the years past,” said Michael immediately after Dromahair’s semi-final victory over Annaduff, “We learned from last year, we were in this position last year, went to extra time and when we came off the pitch, that was our year over so we weren’t going to let that happen today.”

Much of Michael’s experience is shaped by memories of their extra-time semi-final loss to Gortletteragh so you can understand where he is coming from when he admits: “A tough game, fair play to Annaduff, they put it up to us but it is a great feeling to come off after reaching the final.

“That’s what football is about, winning and losing games like that. All the teams from our group came into the semi-finals and they were all tight games but at the end of the day, a final is always a battle and it comes down to who performs on the day so we don’t look at the past too much.”

Their semi-final victory over Annaduff was typically hard fought as Michael stressed his team’s ability to overcome their mistakes: “We never panicked and we kept it cool but we kept on chipping away. We had chances we didn’t take but that’s football, we never panicked, we kept going and a lot of workrate from the lads. You’re always going to have misses like that, everybody makes a mistake in a game, you always have bad misses but luck comes your way as well so it wasn’t too bad.”

Michael is definitely enjoying his football and agrees that enjoyment almost has to come first so that you can win: “A great group of lads and we enjoy football. There are years that you go by and you can tell the lads aren’t enjoying their football.

“It is all about enjoying it and we’re enjoying it this year. You have to want to come to training, want to play games. There are lads pushing for places there as well but you need the enjoyment at the end of the day.”

The Dromahair captain also talks of the growing strength in depth in the club helping the club’s push to the Intermediate final: “There is great commitment from there, young lads coming up are pushing on and we have a second team that is doing fierce well, they are pushing on the lads and the management keep pushing us on.”

As for expectations for the final, Michael laughs as he says “We’ll be plenty excited, no pressure at all! It is important to embrace the occasion but you try to handle all the hype and pass no heed to it and get the performance on the day.”