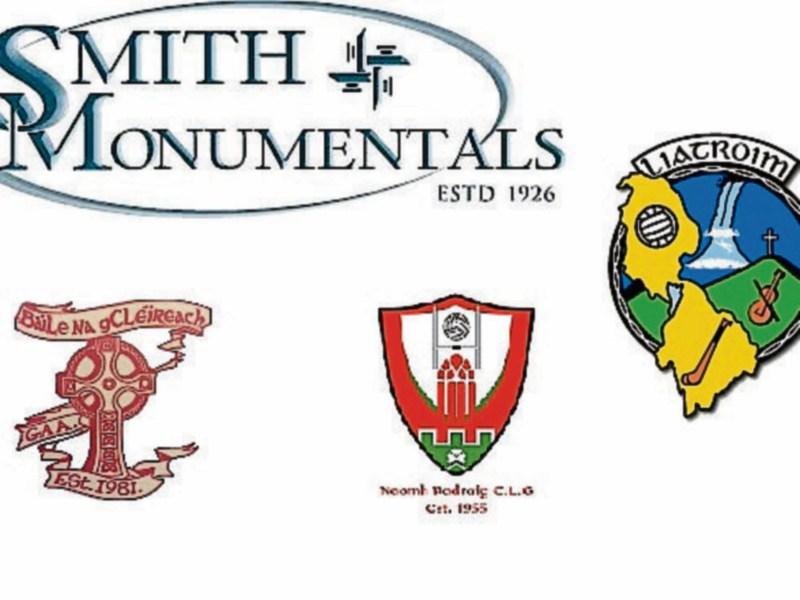 No matter who wins next Sunday, the red & white colours will fly high as Ballinaglera and St Patrick’s Dromahair do battle in an intriguing, finely balanced and very open Smith Monumentals IFC Final in Avant Money Pairc Sean Mac Diarmada.

Ballinaglera will don their normal predominantly white jerseys with a red hoop while Dromahair but no matter what way you cut it, we’re going to have a lot of fans decked out in the same colours next Sunday.

But you can be sure once the first ball is thrown up, there will be absolutely no confusion between the warring parties as Dromahair attempt to win a title they last won in 2014 while Ballinaglera have waited 25 long years to get back to the final, that year’s final going to a replay Glera won in style.

Ballinaglera's march to the final has been one of the great fairytale stories in Leitrim club football - a team that lost three out of four matches in the group stages pulled out a miracle win over the competition favourites in the quarter-finals before reaching even greater heights in the semi-finals.

That 1-10 to 0-6 win over Kiltubrid saw Glera reach their first Intermediate Final since 1996 which is also the last year they won the title so as omens go, it looks like the Gods are siding with Ballinaglera.

Dromahair, on the other hand, have always been up among the favourites without ever gaining the sort of respect from their peers that you'd expect. That's strange because they only lost last year's semi-final to Gortletteragh after extra-time and they've been very impressive in this year's campaign.

Three wins from four in the group that provided all four semi-finalists and the team that won the relegation playoff, they also avenged that one loss by beating last year's Intermediate finalists in Annaduff - so they come with a strong pedigree.

Looking at the teams, you can’t exactly say they are dopplegangers but there are enough similarities there to make you think: They both thrive on a high pressing, high energy style of football where they aggressively press the ball and try to force turnovers, neither are particularly prolific scorers but then they don’t concede too much either.

Both get a lot of scores from placed balls - Martin Feeney’s exploits well known but Seamie Maguire has been key to getting Ballinaglera across the line in a couple of matches.

The differences are simple - you get the sense that Dromahair may be a little more drilled than Ballinaglera, although both have impressive structure around their performances, but you sensed that Dromahair have their structure down to a fine art.

Ballinaglera are regarded as a much more potent unit physically though that does scarce justice to their ability with the ball but you can’t deny that JP Kane’s side relish the physical exchanges with an almost reckless abandon.

Yet Ballinaglera, for all their apparent off-the-cuff football, are well drilled, defensively solid and know when and how to stop an attack from developing and are well able to slow a game down to suit their needs.

Dromahair rely more on speed of passing and guile to get their scores, their movement and crisp passing opening up the scoring lanes but as they proved against Annaduff and Bornacoola and even Ballinaglera in the group stages, they are well able for the physical exchanges.

Dromahair's defence had a few moments against Bornacoola's Damian Moran - could Enda Maguire cause them the same problems? Don't forget Wayne Reynolds' pace and ability to run with the ball - the pair offer two very different but equally tempting threats.

It’s tempting to classify this a battle between forwards, Feeney against Maguire, Clancy versus Reynolds but that does a disservice to the other players on show.

James Clancy made a huge difference when he came on as a sub against Annaduff but don't forget the threat of Gary Fowley. The corner-forward was unlucky not to plunder a couple of goals and his sheer pace is something that will keep Ballinaglera's back six on their toes.

Both teams like to drop players who are nominally listed as forwards back into defence so finding space is the first and probably most important task for the forwards on show while keepers John McGoldrick and Conor O'Brien have done everything asked of them and more.

Ballinaglera’s stats are skewed by some heavy defeats in the group stages where they conceded over 15 points a game while scoring 9.5 points per outing. However, in the knockout stages, that has gone up to 12 points a game for and less than eight points a game against.

There is an old American football saying that attacks win games, defences win championships and that is undoubtedly true but we’re down now to one winner takes all game and Ballinaglera recent surge means they are definitely the team with all the momentum.

But they don’t want to be tagged as favourites and if I had a euro for every Ballinaglera person who told me, just minutes after the semi-final, that they have to be underdogs for the final, well I’d be a very well off man.

One wonders if that is a sign of insecurity but the vibe coming from Ballinaglera is one of cast iron self-belief that they will lift the Cup.

Strangely, I get that too from Dromahair - they never talked being favourites at all but did emphasise that they will be in for a battle. They’ve been there or there abouts over the last three or four years and looked like a team building to a peak right now - and their forwards are capable of doing real damage.

Conditions may play a part - both teams are incredibly fit but the sense is that Ballinaglera possess that bit of extra physical power and on a heavy field, that could be a big factor although there is also a worry that injuries could yet catch up with Glera.

Maybe the fans might have a say in it and Ballinaglera would appear to have an edge here with a vociferous following who follow the battle with a zeal few can match. That could prove crucial in a tight match.

All year I’ve had the sense that Dromahair would be there or there about but it is hard to ignore the momentum Ballinaglera have built up. Momentum is huge so I give the nod to Ballinaglera but Dromahair have the talent and self-belief to spoil Ballinaglera’s 25th anniversary celebrations!