Superb Clancy leads Glencar Manorhamilton back to the top 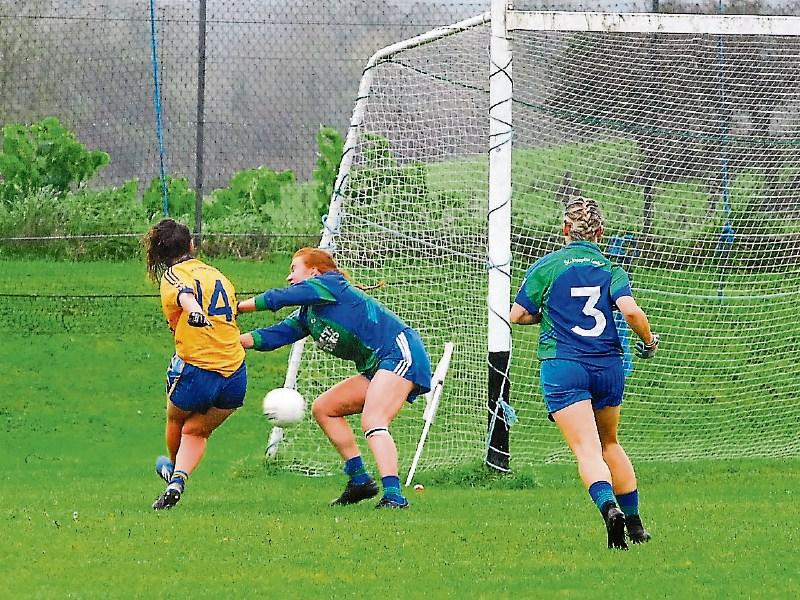 Any worries Glencar Manorhamilton might have had starting the defence of their County crown without Muireann Devaney, Cammie McPartland and Dearbhla Rooney were quickly excised by the superb Clancy who led the champions to a victory that was more comfortable than the scoreline suggests.

In difficult conditions that made football an endurance test as much as a test of skill, Manor were better able to execute under pressure as they bottled up St Joseph’s danger women effectively with Mary Alice Maguire, Eimear Feely and Hannah Johnston ensuring that St Joseph’s could never build up the momentum they needed.

Yet St Joseph’s will be filled with regrets, even if they were the first to admit that Glencar Manor were the better team. A missed penalty less than two minutes into the contest was a huge blow and poor accuracy cost them the chance to build momentum in the initial stages as a clinical Glencar Manor built up a match winning six point lead.

Another goal chance in the second half when Celine Shortt cracked a powerful shot off the Manor post, when there was just five points between the teams, could have instigated a possible late St Joseph’s surge for glory. But the inability to take these chances and a host of wides cost them dearly.

In many ways, it was understandable as St Joseph’s limped into this game after being on the road for the previous six weekends straight. It was obvious that many of their most influential performers were carrying injuries as they never moved with the sort of fluency or intent we saw in the Senior B Final. 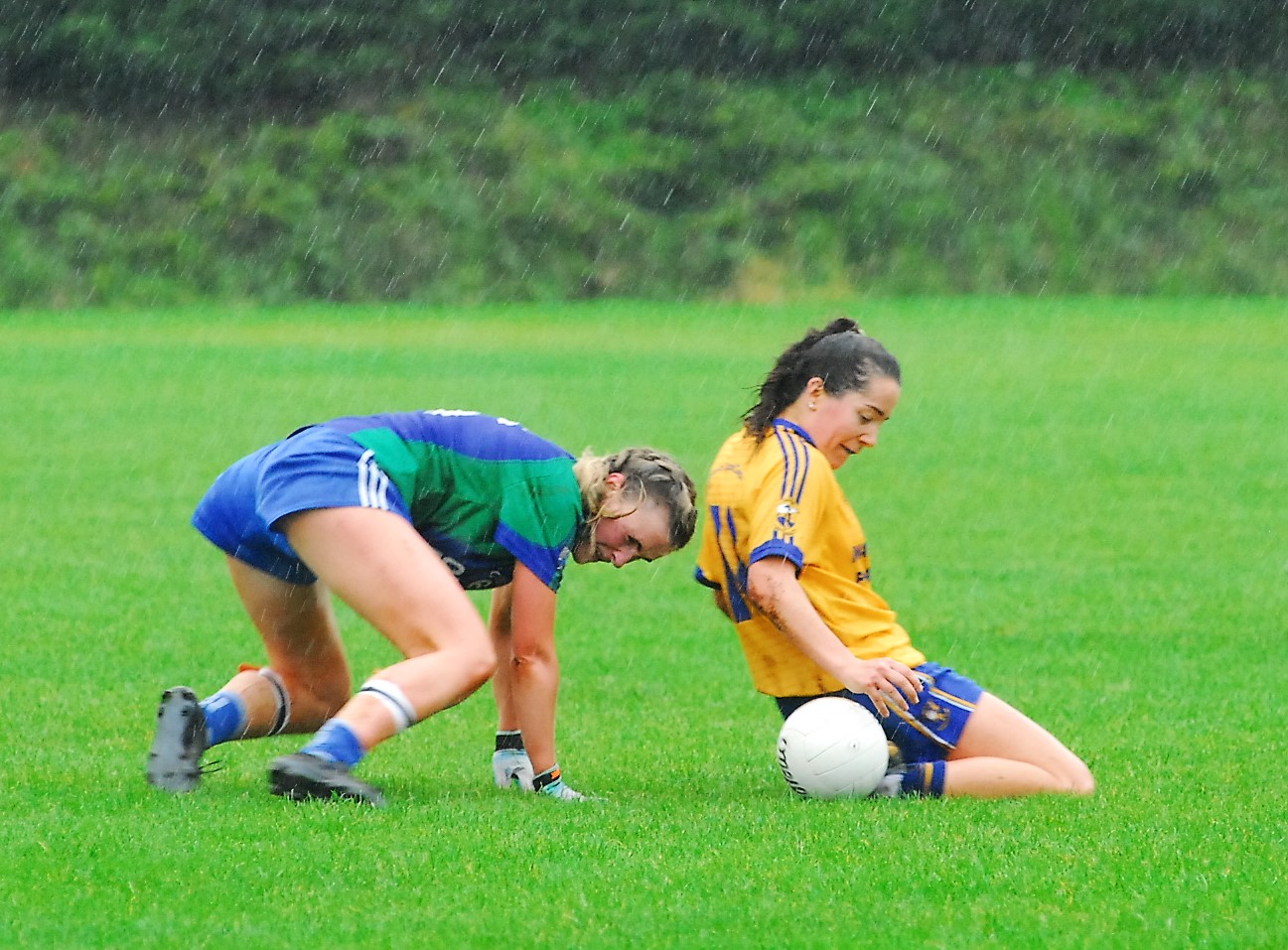 But you can not take away from the way Glencar Manor approached this game - they never allowed St Joseph’s build up the momentum they thrive on and used Clancy to deadly effect, content to leave her isolated against two or maybe three defenders, safe in the knowledge that Clancy could win the ball and do damage.

That meant Glencar Manor were able to drop more players back into the battle areas and in those areas, the champions generally came out on top. It sounds simple but Glencar Manor executed their game plan expertly and they never truly looked in any danger throughout this contest.

Ailbhe Clancy gave an early indication of the impact she would have on the game when she took off on a long run before firing over a good point inside the opening minute. Yet Glencar Manorhamilton’s fine start looked in danger when a long ball to Clare Owens saw her expose the Manor defence.

A quick pass found Kate Gormley in front of goal but before she could get her shot away, the St Joseph’s player was taken down by Michelle McNulty, referee Cyril McKeon awarding the spot kick. However, McNulty made amends with an easy stop from a tame Carmel McGovern effort in a huge boost to the champions.

Glencar Manor never looked back from that close shave - Eadaoin Clancy was taken down as she broke through, Ailbhe Clancy firing over the free while Leah Fox’s clever pass put Aoife Gilmartin through but her blistering shot hit the post and rebounded clear in a real let off for St Joseph’s. 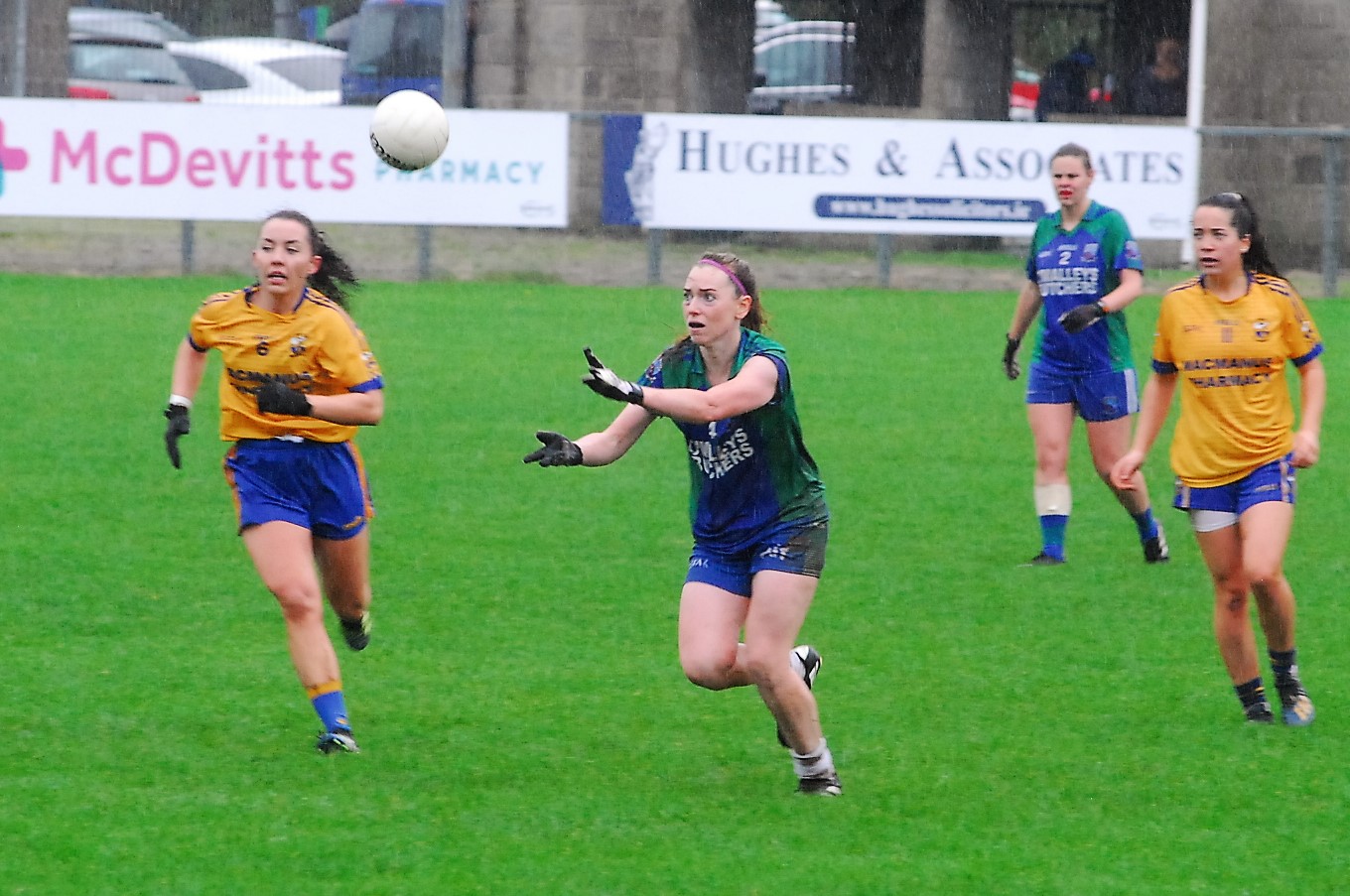 Wides from Siobhan McCartin and McGovern followed for St Joseph’s but a one-two with Amanda Sweeney ended with Clancy firing over from about 35 metres on eight minutes. Two minutes later, Clancy added her fourth point, this time from a free.

Bronagh O’Rourke dropped a free short with Kate Gormley’s follow up shot blocked and cleared, O’Rourke hitting a wide shortly after. St Joseph’s struggles in front of the posts were exacerbated when Clancy finished off a slick Glencar Manor move with a huge point on 18 minutes.

Amanda Sweeney earned her own slice of fame when she became Glencar Manor’s only other scorer on the day, good work from Emily Conlon setting up the chance as the champions moved six points to no score clear and already it seemed as if there was no way back for St Joseph’s.

But Bronagh O’Rourke fired over an excellent point on 20 minutes and before adding a free a minute later to give St Joseph’s some hope. But as quickly as that hope had flamed, Glencar Manor snuffed it out!

Glencar Manorhamilton punted a long ball towards Clancy which seemed easy work for Vanessa Gallogly but the ball skipped past her and with Clancy in behind the defence, she sidestepped keeper Kiera Masterson to plant the ball in the net form a tight angle.

The contrast at the other end was heightened when O’Rourke dropped a free shot and it was batted clear but the Joseph’s forward did add a free as the game ticked into added time. It could have been worse for St Joseph’s but Kiera Masterson made a good save from a powerful Clancy shot on goal.

Glencar Manorhamilton led 1-6 to 0-3 at halftime and the champions were intent on ensuring there would be no second half comeback when Clancy fired over a free inside the first minute of the second half. O’Rourke & Clancy had wides from frees before the St Joseph’s player converted a free after a foul on Michelle Heslin.

St Joseph’s got a huge boost to their chances when Leah Fox was sin binned by referee Cyril McKeon on ten minutes after a high challenge of Carmel McGovern. But the scores did not flow as St Joseph’s would have hoped and it was seven minutes later when they got their second score of the half after McGovern forced a turnover to set up Bronagh O’Rourke for a point. 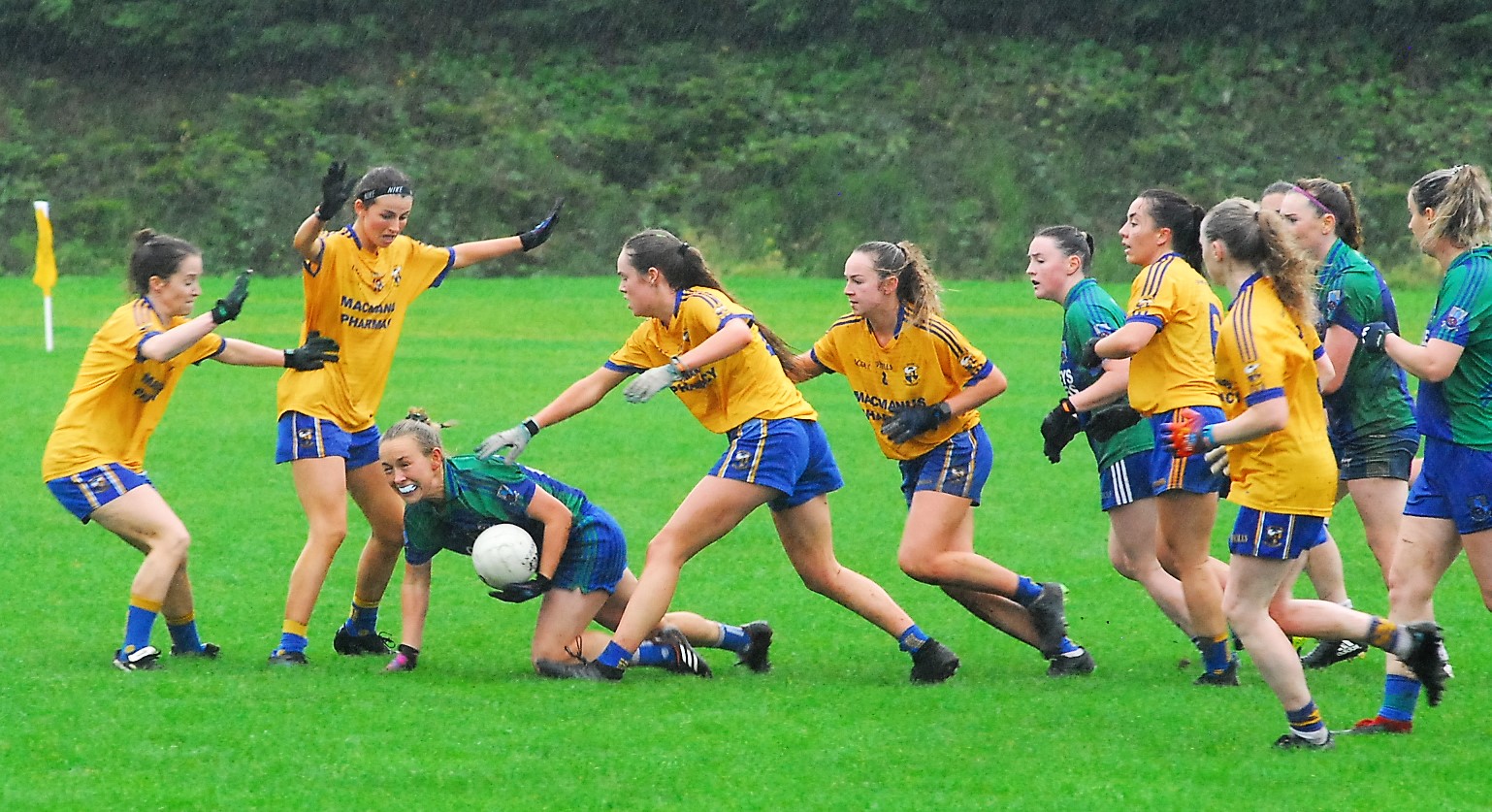 The sliding doors moment of this game came just a minute later - Michelle Heslin, Kate Gormley and O’Rourke combined to put Celine Shortt through on goal. Unfortunately, after rounding the keeper, she saw her shot rebound off the post in a real let off for Glencar Manorhamilton.

St Joseph’s added a point from an O’Rourke free to cut the gap back to four points but Glencar Manor began to stir themselves again, Clancy firing a shot across the face of the St Joseph’s goal as Leah Fox re-entered the fray.

Sub Anna Devaney had a bad wide for the champions but all that was forgotten with six minutes left in the half when Glencar Manor put together one of their blistering, bewildering moves that ended, inevitably, with Ailbhe Clancy firing a rocket to the St Joseph’s net.

Clancy completed her day’s work in the last seconds of normal time with a point from long range but St Joseph’s got a consolation goal nearly three minutes into added time, a short free played into the Manor goal area. Jessie McManus shot was parried but Michelle Heslin tapped the ball into the net from close range.