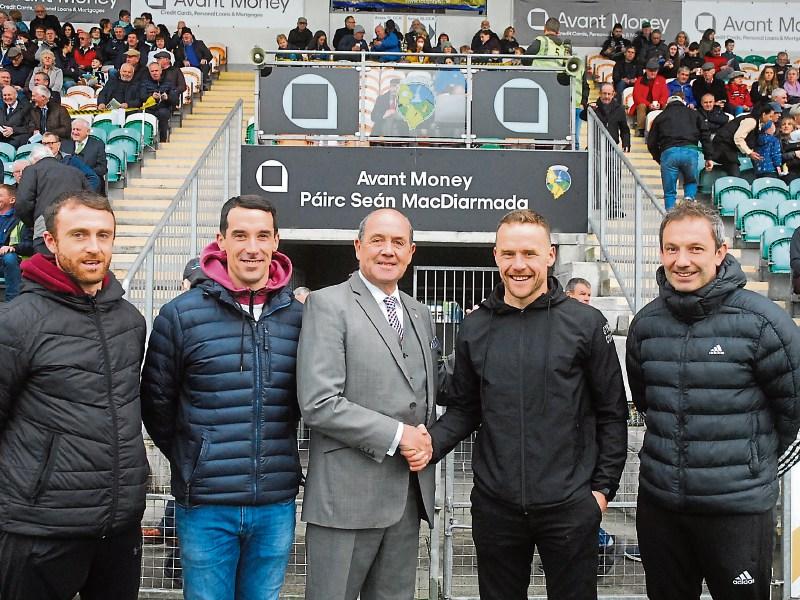 Sometimes, with what seems like the hundreds of matches I get to watch during the year, you forget what a privileged position you’re in when you cover sport for a living. But days like last Sunday only ram home just how lucky I am to get to witness something as truly moving and as inspiring as what we witnessed in Avant Money Pairc Sean Mac Diarmada.

I could wax lyrical about the ferocious physical commitment that must exact a fierce toll on the mental and physical well being of the young men we were honoured to witness do battle in what must rank right up there with the best ever Connacht Gold Leitrim Senior Championship Finals.

The thunderous hits, sheer pace, wonderful scores, last gasp tackles, a dollop of controversy and two teams giving their very all in pursuit of nothing more than their own desire to represent themselves and their communities to the utmost of their ability last Sunday encapsulated all that we hold dear about sport.

That's easy to forget sometimes with the never ending conveyor belt of games, week after week but what really brought it home to me how lucky I am, how privileged and how honoured I was to witness what was, to use an already overused cliche about last Sunday’s Final, an epic encounter was an entirely unexpected sight long after the final whistle.

There, sitting on one of the benches alongside the sideline in Pairc Sean, was a Ballinamore player in tears, unable to contain his emotion at what his side had just achieved and what it meant to his people. The player, and I’m not going to identify him, had emptied himself on the field for his team and as the celebrations continued unabated all around him, the whole thing became just a bit too much for him.

To witness that raw emotion brought home in stark terms just how much it means to these young men who we forget are just ordinary folk like ourselves. We shout at them, we cheer and curse them in equal measure, we doubt their commitment and champion our favourites but at the back of it all, they're no different to you and me - well, maybe that bit fitter and a good deal more talented!

Dean McGovern, no mean communicator at the best of times, spoke of not being able to find words to express what it meant to him and I would say that was a common enough refrain in the outpouring of emotion that enveloped Pairc Sean last Sunday.

I shouldn’t have been surprised that Liam Ferguson, a man who endured some of the roughest days in Ballinamore’s storied club history when they were relegated for the first time in their history, could put to words just what it meant to his club and his people.

I don’t think GAA founder Michael Cusack could have summed up the ethos of what the GAA means to the local community better than Liam: “We’re carrying the jersey today, we’re lucky enough to be in the position we are in but the victory is for everybody, for all those lads who were in finals in 1998 and different years, it is a full club effort.”

Darren Maxwell, my choice for Man of the Match, spoke of fulfilling a childhood dream while for Dominic Corrigan, this must have felt so good with so many doubting that he ever could get this Ballinamore team across the line. Typical of the man, he acknowledged the pressure he was under but spoke more of his delight for players who have adopted him as one of their own.

On days like Sunday, you wish you could interview everyone - from the old greats Olly Honeyman to Paul Kieran and Sean Crossan or my old colleague Tommy Conlon to find out just what it means to them but then the expression on their faces told me that better than words ever could. Or chat with Conor Harte who suffered disappointment with the Ladies team on Saturday but must have been thrilled to see his son Senan come off the bench and make a telling contribution.

I’d have loved to sound out Shane Moran on just what Sunday’s victory meant to him, not because he has always been a gentleman whenever I’ve dealt with him on club or county duty, but because I always felt he’s endured a fickle relationship with his own club fans, the source of ire when things go wrong but never given the credit for what he has always done for Ballinamore - give his absolute all wherever and whenever he is asked to play.

To be honest, I’ve never mentioned any of this to Shane but you hear mutterings in this job so I can’t but say I was anything but delighted to see him get his winners’ medal.

Yet, I'll admit it too, I would also have loved to see Danny Beck pick up another medal, yet another gentleman who never gives less than 100% to the cause while you wonder what else more could Keith Beirne have done to get his team across the line - one of the all time great displays and probably worth the man of the match tag.

The cold, clinical analyst in me thinks the phrase “the better team won on the day” simply doesn’t apply here and that is hard to reconcile because the scoreline is always the ultimate adjudicator. And not for one minute am I suggesting that Ballinamore didn’t deserve their fabulous win but the efforts of the Mitchell brothers, Shane Quinn, Domhnaill Flynn, Keith Keegan, Oisin Madden and Jordan Reynolds to name but a few deserved to taste victory every bit as much as the Ballinamore boys - it really was that close!

But in a game of punch and counter punch, Ballinamore struck the most deadly blow of the match at exactly the right time to inch ahead at the end of a titanic struggle between two superbly drilled and conditioned outfits.

That’s why I have Darren Maxwell as my outstanding performer - one save was stupendous enough but to make three game changing interventions like he did is, as he says himself, the stuff of dreams. That's not taking anything away from Wayne McKeon who was outstanding and deserving Man of the Match but just my own personal opinion.

We have to give a healthy slice of praise to referee Gareth Foley - there was one big incident that was potentially a game changer when David Mitchell seemed to touch the ball on the ground in his own square but slow motion pictures show that the ball bounced at just the right time and the Melvin Gaels clubman contributed enormously to a wonderful spectacle that evidently wowed the whole country if social media reaction is anything to go by.

Normally, I’m leery of what tends to make waves on social media but in this instance, I’ve got to agree - the Leitrim Final was one of the most riveting games I’ve been lucky enough to witness and it deserves every bit of kudos raining down upon it right now.

For the new Leitrim manager Andy Moran, the expectations for Leitrim in 2022 have just gone through the stratosphere! The feel good factor was already through the roof but now the entire country looking at the Green & Gold with expectation next year.

It just goes to show you the transitory nature of sport - last June, Leitrim football, with quite a few of last Sunday's participants in action, was the subject of pity or derision. Now, Leitrim football has its chest out and is strutting with an all together different mindset.

Does it wipe away the memory of a club championship that failed to sparkle up until the second semi-final? In all honesty, no and for the good of Leitrim football, at club and county level, it shouldn’t. But isn’t it wonderful that there is a different mindset and far more positive outlook for the year ahead than there was just a week ago?

To all who made that happen last Sunday - thank you so much.