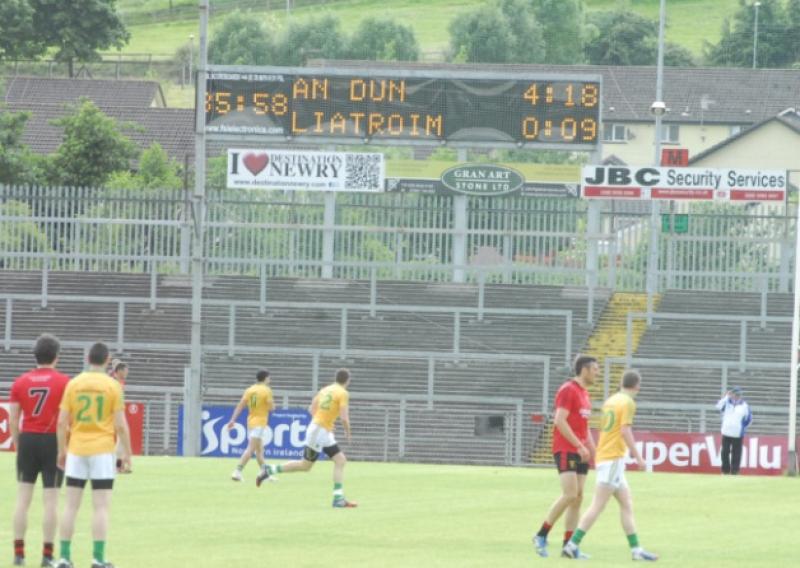 Leitrim GAA County Board Secretary Diarmuid Sweeney has made the radical proposal that the County team no longer compete at Senior Championship level and instead compete at Junior level.

Leitrim GAA County Board Secretary Diarmuid Sweeney has made the radical proposal that the County team no longer compete at Senior Championship level and instead compete at Junior level.

Speaking to Eoghan Cormican in today’s (Wednesday) Irish Examiner, Sweeney makes the suggestion that Leitrim no longer field at Senior Championship level, suggesting that after the mauling at the hands of Down last Sunday Leitrim should concentrate on building up through the Junior ranks.

“We can’t expect to keep taking hammerings like Sunday,” Diarmuid told the Examiner, “Under the current system, there is always going to be a gap between teams and it is only going to grow as time goes on.

“We got to the Junior Connacht Final this year with a stand-alone Junior team and had we the Senior boys involved, we could have gone further and had a good run for the All-Ireland, playing at a level where we really are at.”

Sweeney’s suggestion comes in the absence of a competitive B Championship and after plans to reorganise the All-Ireland into four groups of eight was rejected at Central Council last weekend and he feels that other counties need to have discussions like this about the future of championship structures.

“I wouldn’t like us to reach the stage where we don’t enter like Kilkenny did. In the absence of a B Championship at Senior level, we just focus on the Junior. That would allow us to build for a period of time until we are able to compete further up the ladder.

“There needs to be a sit-down about this, the same for the counties who are in a similar position to us. For certain counties, defeat is inevitable each year. It can’t continue.”

However, were Leitrim to field its first team in the Connacht Junior Championship, it would require a change in GAA rules. As it stands, the County Junior Championship is designed for players who play at either Intermediate or Junior level with their clubs and players not involved with County Senior teams.

However, under a derogation from Croke Park, counties like Leitrim, Sligo, Roscommon, Waterford are able to play members of Senior Club teams and members of the County Senior panel, provided they had not played in the Championship for their county the previous year.

It would also leave Leitrim playing against second string county squads at best or teams like Mayo or Galway made up entirely for Club Intermediate and Junior players.