Missed opportunity as Carrick heart not enough to dethrone champions 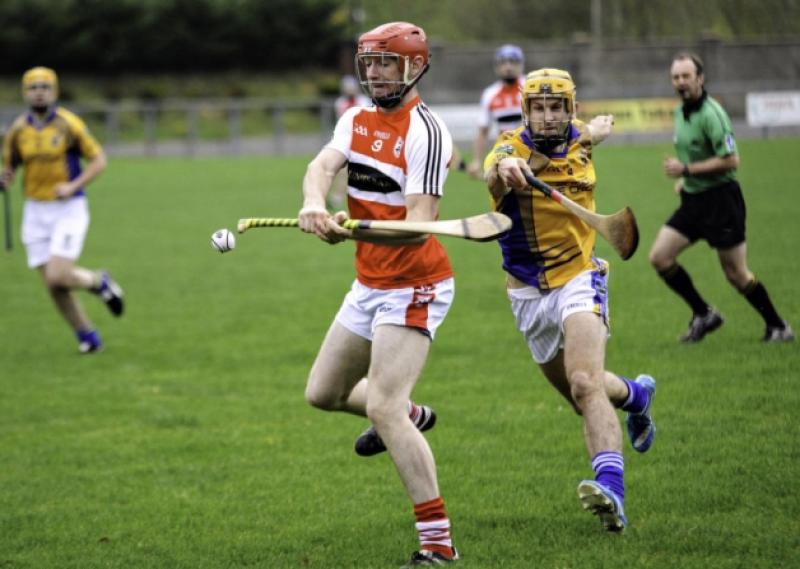 The more they think about it, the more Carrick-on-Shannon hurlers will realise they left a golden chance slip through their hands last Monday in Pairc Sheain Ui Eslin Ballinamore.

The more they think about it, the more Carrick-on-Shannon hurlers will realise they left a golden chance slip through their hands last Monday in Pairc Sheain Ui Eslin Ballinamore.

Up against defending champions Calry St. Joseph’s in the AIB Connacht Club Junior Championship Semi-Finals, the Leitrim champions put in a tremendous effort but just couldn’t put the Sligo men to the sword in an absorbing encounter.

Calry probably had the better stickwork when it mattered and when they were able to work the ball into space, there was a class and artistry about them that Carrick struggled to match, particularly in the form of Liam Reidy and Keith Raymond.

But matches aren’t always about pure talent, it is about delivering on that talent, delivering on what you have and Carrick delivered on what they had in abundance as they fought tooth and nail for every sliotar that came their way.

With Carrick compressing the space in defence and stopping Calry’s attack from cutting loose, the game became a battle of wills as much of skill and for long periods, it looked as if Carrick’s sheer force of will would be enough to upset the reigning champions.

But a moment of luck, or bad luck, turned the game as Calry scored a goal against the run of play in the first half, a second’s hesitation allowing Calry grab the only goal of the game, and despite an immense effort from the Carrick men, they could never break down an obdurate Calry defence.

Unfortunately, just as Gortletteragh found in the Leitrim Final, Carrick lacked the stick work of their rivals in key postitions, particulary in attack, and as Carrick tired in the final quarter, the Sligo men were able to use those skills to hold out.

Carrick had immense performances from James McGrail in defence, Danny Byrne and Thomas Glancy while Clement Cunniffe and James Glancy caused Calry huge problems around the middle of the park.

Unfortunately, Carrick missed the attacking edge they had displayed in the county final, their emphasis on closing down Calry perhaps costing them their attacking edge.

Carrick started with real intent as Sean O’Toole crashed a powerful shot off the crossbar after just 20 seconds while Padraig McWeeney did well to hook the sliotar over the bar a minute later.

Calry tried to hit back but saw the danger cleared while Kevin Gilmartin hit a poor shot when Keith Raymond opted to take a short free rather than point. Raymond did point a 21 yard free on eight minutes but Carrick hit back with a Colm Moreton point after a powerful Clement Cunniffe run.

Cunniffe converted a free after a foul on Terry Cunningham on 12 minutes but Carrick had a close shave when two Calry players had clean-air swipes in the Carrick goal-mouth.

Raymond narrowed the gap with another free but then missed a good chance but a Cunniffe free restored a two point gap. Raymond scored a huge point from the wing but a fabulous catch in midfield from James Glancy and run led to a fine point.

Carrick were dominating but the game changed in an instant - a long ball over the top saw keeper Colin Moran caught in two minds as it dropped short. Kevin Gilmartin’s first effort was stopped but Darragh Cox followed up and scrambled the ball to the net on 25 minutes.

The goal was a body blow with Carrick missing three good chances before halftime while Raymond (free) and Fintan Keown, following a short free to the unmarked defender, both pointed to give Calry a 1-5 to 0-5 halftime lead.

The second half was tit for tat with Cunniffe and Raymond trading two points apiece in the first nine minute of the second half. Raymond saw a point inexplicably disallowed for a square infringement as the scoring dried up.

With time running out, Colm Moreton collected a good pass from his brother Liam to tap over and leave just two between the teams with less than ten minutes to go before Liam Moreton then caught a Raymond free on the line.

With five minutes left, Raymond tapped over a free to leave three between the sides as Carrick chased hard. Unfortunately, they had two missed chances as Cunniffe saw a free saved by the keeper and two placed balls go wide.

And David Collery made sure of the win for Calry with a smart score over two minute into added time as Carrick’s brave effort fell short with Cunniffe driving a close range free into the massed Calry defence.