WATCH: You won't believe what Shane Lowry signed at the JP McManus Pro Am 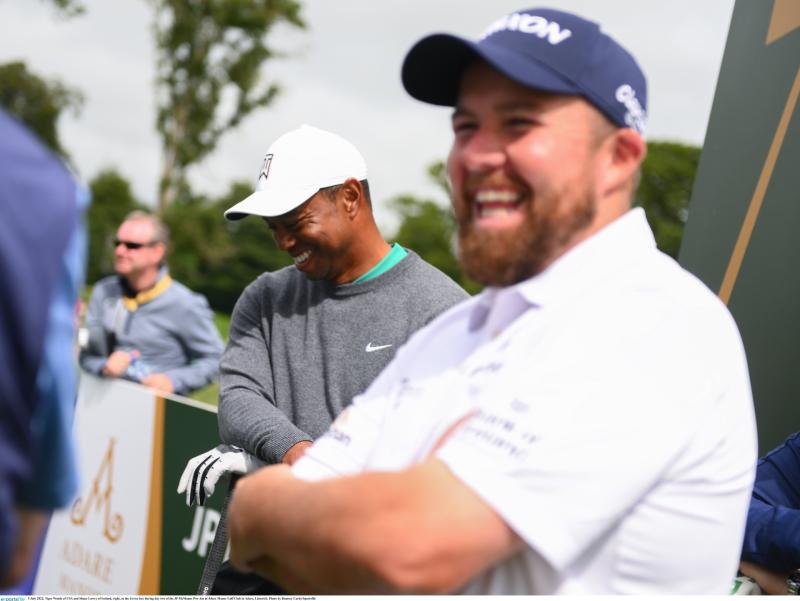 Tiger Woods of USA and Shane Lowry of Ireland, right, at the 7th

Thousands of autographs were signed and selfies posed for in the relaxed atmosphere of the JP McManus Pro AM in Adare on Monday and Tuesday.

But Shane Lowry took it one step further when he did this.

Shane Lowry signed the bald head of a fan at the JP McManus Pro-Am pic.twitter.com/dz6RQVChpl

It's not quite as bizarre as you might think at first glance as the head he signed was that of his friend Rory O'Connor, the man behind the hugely popular Rory's Stories.

At the end of the event Shane signed for a two round total of eight under par leaving in third place just two shots behind Xander Schauffele.