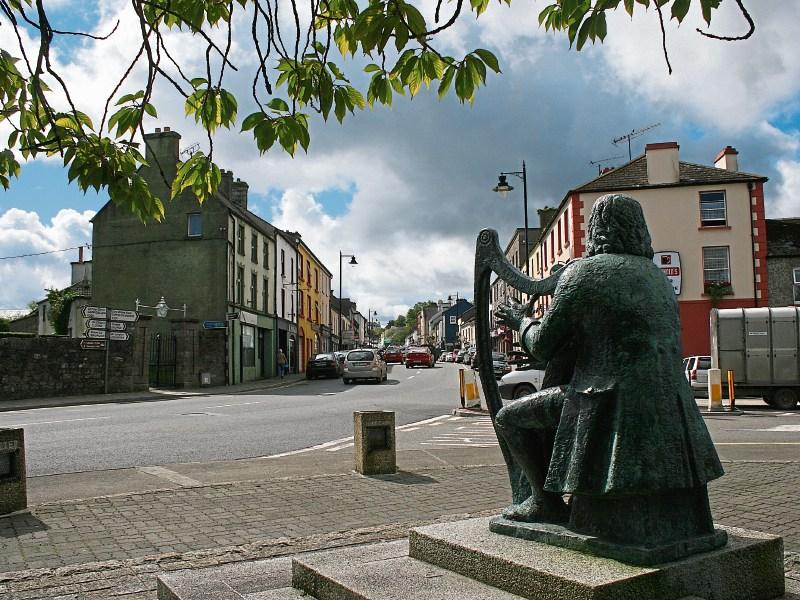 A Mohill based councillor is urging all stakeholders to work together to reverse the decline seen in the Mohill Electoral Division over the last five years.

The preliminary Census figures released earlier this month by the Central Statistics Office show that the population of the Mohill Electoral Division has fallen by 121 since 2011, a percentage change of -8.8%.

Local councillor Seadhna Logan says that community spirit remains strong in Mohill but other stakeholders will have to row in behind the local people in order to generate more business and job opportunities.

“The obvious part of the problem is the number of vacant properties in the town and when you add to this the fact that there is very little being done to entice people to stay in business, you have a situation where more and more commercial properties are becoming vacant,” he observes.

This, coupled with the fact that there is no longer a strong population of people living along main street and little incentive for young people to remain in the town in terms of job opportunities, and you have all the ingredients, he says, for population decline.

The loss of vital infrastructure, such as banks and other shops has also put pressure on Mohill.

“Now all we have is just the one bank and number of pubs have closed along with several other businesses like supermarkets and butchers,” he said.

The closure of major employers such as Hanley's in Rooskey, has also had a knock on impact on Mohill as has the major shopping developments in nearby Carrick-on-Shannon.

“It used to be that people came to Mohill to work, to shop and to do their banking. Now people are driving through the town on their way to bigger centres like Carrick-on-Shannon. The reality is that if people don't support their local businesses in towns like Mohill, there may come a day when there won't be any choice but for them to travel to larger towns to shop,” points out Cllr Logan.

“People have to understand that it isn't these large multinational businesses who support community groups and fundraisers, clubs or sporting events. When you are an event or an organisation looking for support you go to the small local businesses first, they are the ones invested in the community and supporting the community. That is why it is so vital that we, as a community, shop local.”

He says what is happening in Mohill is not an isolated example but is “symptomatic of the challenges facing smaller towns all over the country”.

“I think nationally the Government has to look at how they can secure the future of small towns like Mohill,” says Cllr Logan.

Criticising the unbalanced regional development of recent years, Cllr Logan says it is clear there has been a national policy of bringing all employment opportunities to the east coast, with the exception of other urban areas like Cork or Galway.

“In fairness Mohill has strengths that are often overlooked. It has a very good community spirit and benefits from an excellent secondary school and two primary schools,” he pointed out.

However he says there are a number of vacant premises in the town owned or in control of state bodies such as the Health Service Executive and the Sligo/Mayo/Leitrim Education and Training Board.

“These should be turned over to the community so that they can be put to use instead of being allowed to deteriorate,” he says.

Cllr Logan also wants to see the re-establishment of the local business association.

“We need such a local association to come ip with a co-ordinated approach, identifying obstacles to businesses development and growth and this has to be led from within,” he says.

“I also think the Leitrim Enterprise Office needs to do an audit of vacant buildings in Mohill. It wouldn't be too hard to do a spot analysis, to walk the town and put together a list of vacant places and to then compile a list of funding models people could seek support from if they are be interested in starting a business in Mohill.

“The reality is that we can't just do nothing.