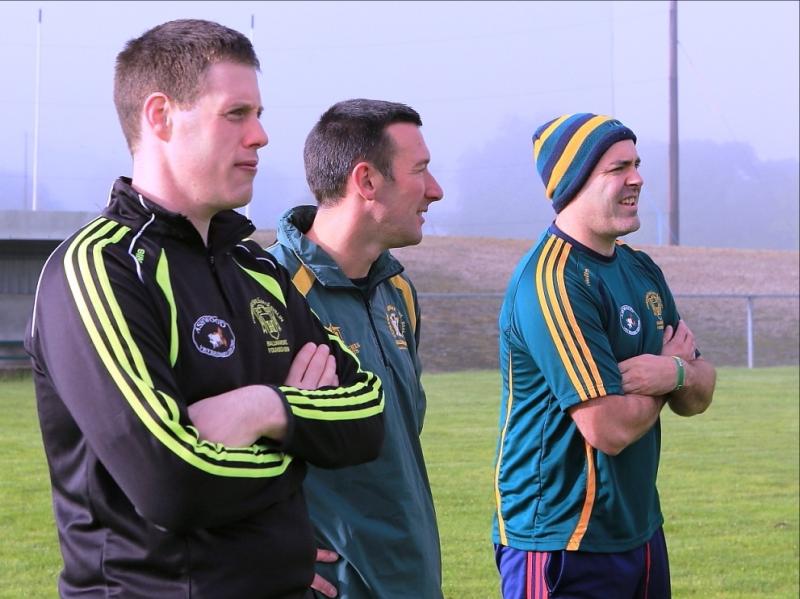 Ballinamore Sean O'Heslin's manager Paul Prior (centre) pictured with his selectors Sean McCartan and Jason Kellett ahead of next Sunday's Intermediate Final. Photo by Eunan Sweeney

Not too many teams can lose two County stars and still advance to a County Final but Ballinamore Sean O’Heslin’s have managed just that as they will be without Shane Moran and Matthew Murphy next Sunday.

Murphy is a long term injury loss before the championship even began while Moran was the key figure in Ballinamore’s Group stages victory over Drumkeerin, a factor that Sean O’Heslin’s manager Paul Prior believes will suit the north Leitrim men.

“They’ll be looking at that as a huge bonus that Shane is out of the picture but we’ve recovered from that, we’ve been without him for a good while now so the lads are pushing on strong without him.”

“We’re without Mattie Murphy but we’ve been more or less with Mattie all season, we’ve been without Shane for a long time too and younger lads have stepped up to the plate. If they want to improve, that is what they have to do.”

“Everybody looks up to them but then somebody had to go in there and fill their boots and that Minor team of a couple of years ago, they have come in and done as well, if not better.”

Check out our website www.leitrimobserver.ie for more news and views ahead of next Sunday's Connacht Gold Senior and Fox's Monumentals Intermediate Championship Finals. The Observer will also be tweeting on @LeitrimToday from all of next Sunday's matches as well as carrying updates on our Facebook page at https://www.facebook.com/leitrimobserver/