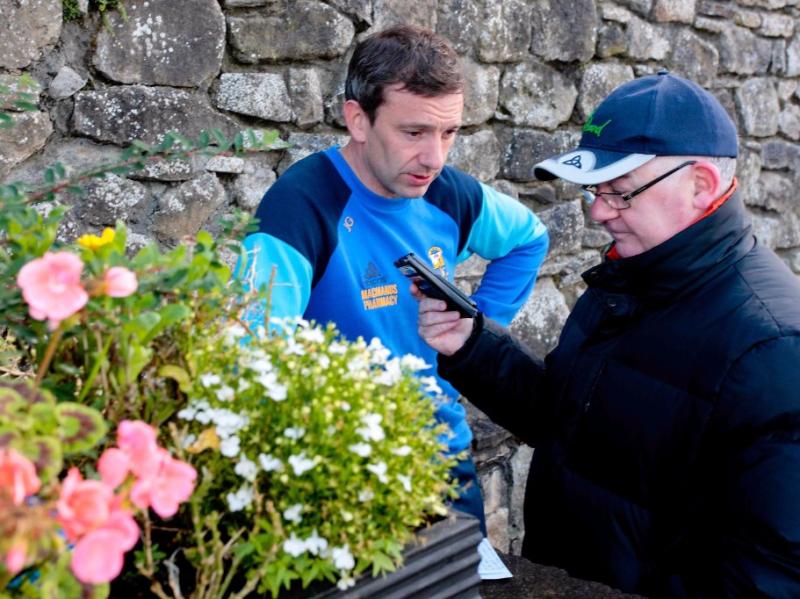 Having worn the green and gold with distinction over a 10 year period and now working as a games and coaching development officer, Glencar/Manorhamilton's James Glancy is ideally placed to assess the fortunes of Leitrim and how the county team may fare over the coming years. Both he and his manager Aidan Rooney echoed the opinions expressed by the new county management team in recents that Leitrim needs to have its best players wearing the green and gold.

“It’s very hard to tell when you are playing in the games. ”I personally know that there are good footballers in Leitrim and it is up to the management team that are there at present to get the best footballers out playing for Leitrim. I don’t think that has been happening over the last number of years and the last three or four management teams, that the best players have been playing.

"You just hope and especially with the role that I am in at the moment, I hope that every player makes themselves available and makes the necessary commitment to the management team and future management teams, whoever they may be. Not just at senior level but at minor U-21 and development squad level. We’re punching above our weight as we are so we need to get back to being as competitive as we can possibly be and then hopefully if we can do our work at underage we can look at winning titles and then kick on down the line."

It is a view echoed by Glencar/Manorhamilton manager Aidan Rooney who believes, "Leitrim football is not in a bad place. The quality of club teams is reasonable and a lot of teams were in with a shout. You had five or six teams capable of winning the Championship this year."

Looking back to Leitrim's exit from the All-Ireland Championship at the hands of Sligo, Aidan added, "The game in Markievicz Park in the summer did not reflect where Leitrim football is at. There is no question it probably is at a bit of a lull at the moment. We’ve allowed it to get into that lull ourselves as a county, we’ve kind of taken our eye off the ball all over the place.

"Shane Ward had the unenviable task of taking Leitrim up to the next level and it is a very difficult challenge for whoever is doing the job but we have the potential in the county and I think it is just a case of getting our best players playing football, get the club standard as good as we can. There is a reality here, we need the players to realise that these targets are achievable. The game was never tiered, there were always good teams, the teams that train hard enough are better teams, there is no secret to that."