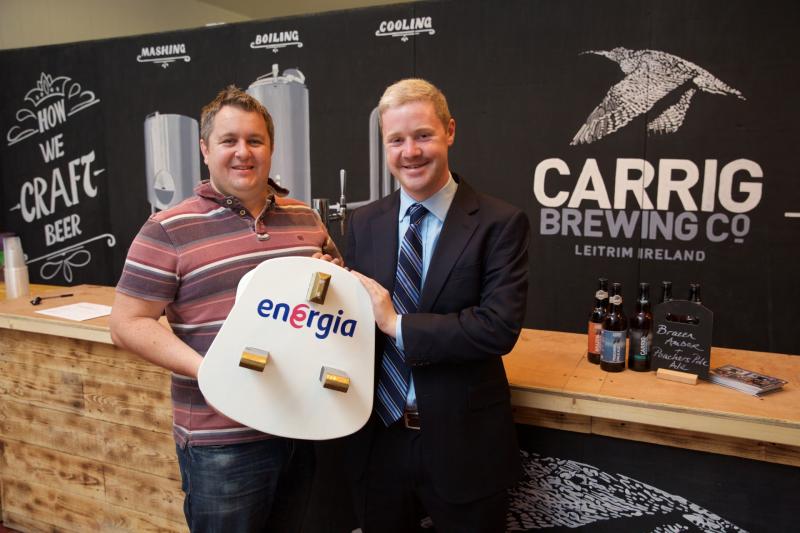 Award winning Carrig Brewing Company has reduced its carbon footprint by a massive 10,000 tonnes each year.

Energy provider worked with Carrig Brewing Company to upgrade its refrigeration facilities. The company currently uses almost 60,000 kWh of electricity each year and as a result of increasing beer production, consumption is expected to increase to 95,000 kWh. The energy savings from the chiller upgrade is expected to be 20,600 kWh. This will reduce the company’s carbon footprint by 10,000 tonnes each year. Crucially it will also cut its annual energy bills by 13%.

Carrig Brewing Company was established in 2011 by husband and wife team Sinead O’Connell and Martie Deegan. Their inspiration was Celtic Medieval Ireland when the Irish monks, who inhabited the small monasteries along the River Shannon, brewed hand crafted Irish ales and beers. Those Celtic monks were dedicated to a life of purity and the pursuit of excellence and those were the very same qualities incorporated into their cottage brewing industry. Carrig has harnessed that same spirit in its pursuit of excellence and in the purity of product that permeates the naturally brewed flavours of our craft beers.

This work was carried out under Energia’s “Cash for Kilowatts” scheme that provides grant funding to companies for energy efficiency projects. It means that any company carrying out an energy efficiency project can qualify for grant funding based on the amount of energy they save. The grant can fund up to 30% of the project cost. This scheme is open to all businesses, whether or not they are customers of Energia.