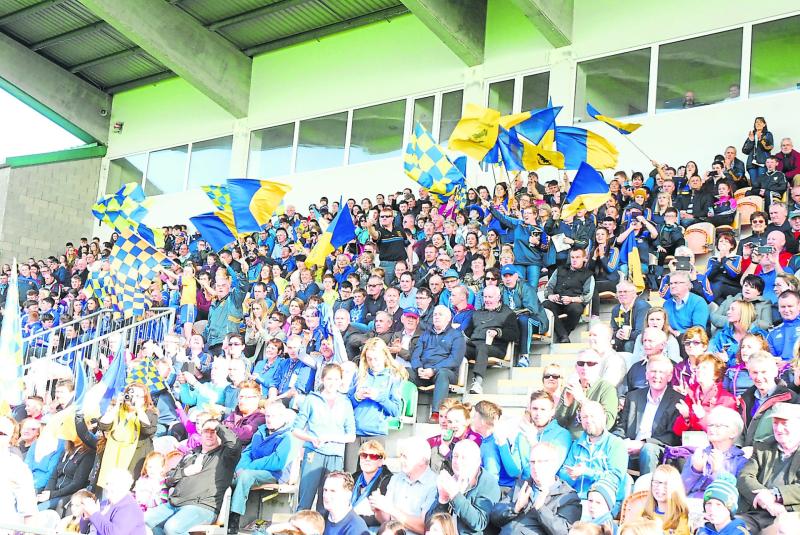 Some of the crowd who attended the county finals

Local gardai have estimated that over 4,000 people attended the three county finals held yesterday in Pairc Sean MacDiaramada in Carrick-on-Shannon. However local pundits are putting the figure  closer to 5,000.

Fans came out to watch their teams in the minor, intermediate and senior finals.

In the Connacht Gold Leitrim Senior Championship final Aughawillan  secured the title on a scoreline of 1-10 to 12 points when they faced Glencar/Manorhamilton.

Ballinamore Sean O'Heslins were victorious in the Fox's Monumental Intermediate Championship final against Drumkeerin winning by just one point.

Earlier in the day in the Minor A Championship Final ended in a draw when Melvin Gaels took on St Manchan's.