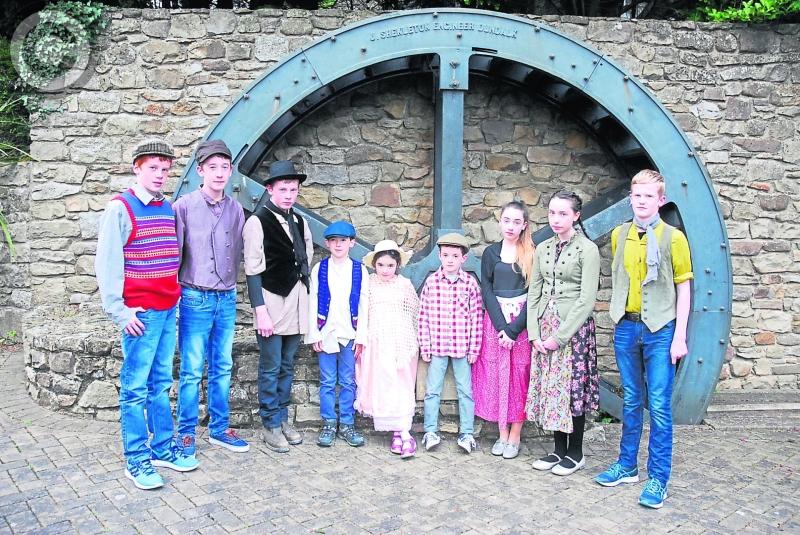 Friday evening last saw a large crowd gather in Carrigallen to honour 1916 Proclamation signatory, Tom Clarke and Enniscorthy hero, Peter Paul Galligan, who was once described as “one of the most dangerous men in the rebel movement”.
Both had strong links to Carrigallen, Tom Clarke, through his father, James, who was born at Errew, Carrigallen and PP Galligan, who was born in Carrigallen.
At last Friday's ceremony both men were honoured for their contribution to Ireland and its struggle for independence.
A number of family members were in attendance including, Helen Litten, grand niece of Tom Clarke's wife, local man Micheal Sheridan, the last remaining blood relative of Clarke, Colm Galligan son of PP Galligan accompanied by his sisters Maureen Dillon and Sarah Sullivan and extended family, while Kiltyclogher's own 1916 signatory, Sean MacDiarmada, was represented by his grandniece, Maura Mylonas-Grant, Patricia Walsh great-grand niece Rosa Treikas and her son Theo.
Following a brief address by Cathaoirleach, Cllr Mary Bohan and Helen Litten, local girl, Paula Kiernan, performed "Grace" while renowned actress Eileen Ward delivered a moving rendition of the Proclamation.
Local councillor, Paddy O'Rourke introduced special guest Dr Martin Mansergh who gave a lengthy address covering the lives of Clarke and Galligan before unveiling a memorial plaque.
Following this descendents of Sean MacDiarmada's family were joined by Colm Galligan, son of PP Galligan, in raising the national flag while the national anthem was performed by Paula Kiernan.
Following the formalities the crowd was invited to view an exhibition of 1916 memorabilia organised by Aidan Dockery, John McManus and local artist Martin Doyle.
Rounding off the event, was a performance of 'Tom Clarke's One True Love', a play written by Killian McGuinness. It was performed to great acclaim at The Corn Mill Theatre.

See this week's paper for full coverage and pictorial special.