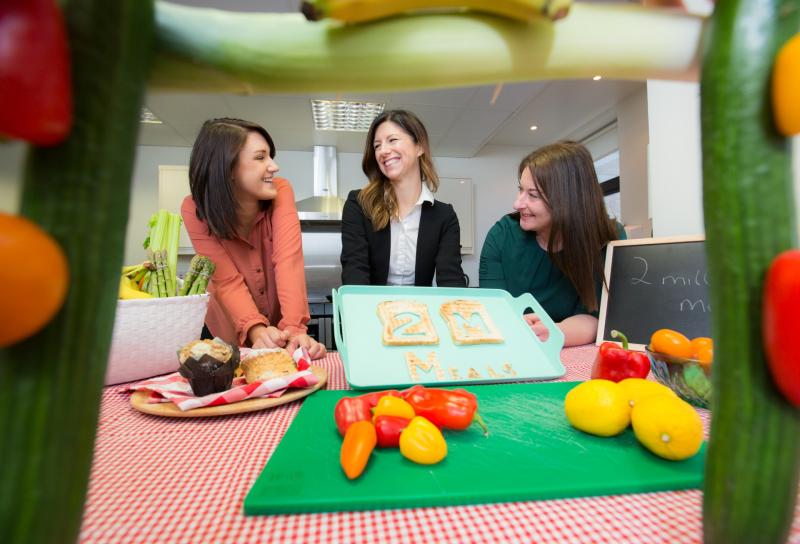 Pictured are, from left, Iseult Ward, Co-founder and CEO of FoodCloud; Christine Heffernan,  ‎Director of Corporate Affairs at Tesco Ireland; and Orla Gilroy, CEO of Daisyhouse.

Local charities and groups across Leitrim have received almost 24,000 meals to date from Tesco Ireland through their surplus food donations programme run in partnership with Irish social enterprise, FoodCloud.
A wide range of Leitrim based organisations including Mohill Family Support Centre and children’s groups have benefited from the redistribution of over 10,000 kgs (or 24,000 meals) of surplus food from Tesco stores across Leitrim since 2014.
Nationally, Tesco’s innovative surplus food donations programme has redistributed over two million meals to 195 charities since its launch in July 2014. This equates to over 20,000 meals distributed to charities and groups every week.
At present 109 of Tesco’s 148 Irish stores (73%) support local good causes with surplus food donations, with the retailer planning to introduce their programme into all of its Irish stores by the end of 2016. With 2 million meals redistributed to date, equating to 1000 tonnes of food, Tesco is encouraging more charities across Ireland to sign up and take part in this initiative.
Speaking about the initiative, Mary Cronolly, Area Community Champion for Tesco in Leitrim said: “My day to day role involves working with the charities and FoodCloud to ensure our partners are receiving food which works for them. I have seen the impact that this initiative has on these organisations”.