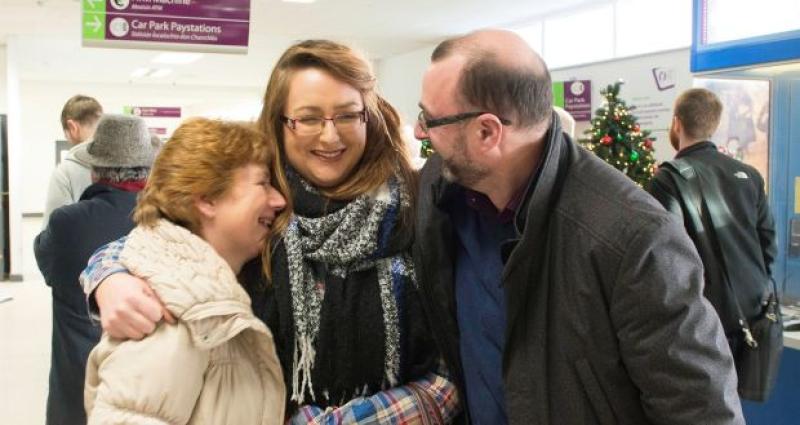 Ireland West Airport is expecting to have its busiest Christmas period in the airport's 30 year history as thousands of people make their way home for Christmas to the West and North West.

Airlines have added extra flights in the last few days to cater for the increased demand for flights both to and from the West of Ireland with flights from UK cities such as East-Midlands, Edinburgh, London, Manchester, Birmingham and Liverpool proving most in demand.

The 23rd December is expected to be the busiest day before Christmas with almost 2,500 passengers passing through the airport and the ‘Mayo Male Voice Choir’ will be on hand to greet arriving passengers with a special Christmas performance.

Joe Gilmore, Managing Director, Ireland West Airport Knock said "We are expecting our busiest Christmas period in the airports history and it’s a special time of the year to be at the airport to see  families and friends reunited.

"The Airport has had a memorable year with passengers expected to exceed 730,000 for the first time which is particularly poignant given we are celebrating our 30th anniversary this year. The run up to Christmas Day is a very busy period for the airport and this Christmas passenger numbers will be up by almost 10 percent compared to this time last year which is testament to the increasing popularity of the airport as the gateway to the West and North West of Ireland."