Driving people crazy on the highway to hell 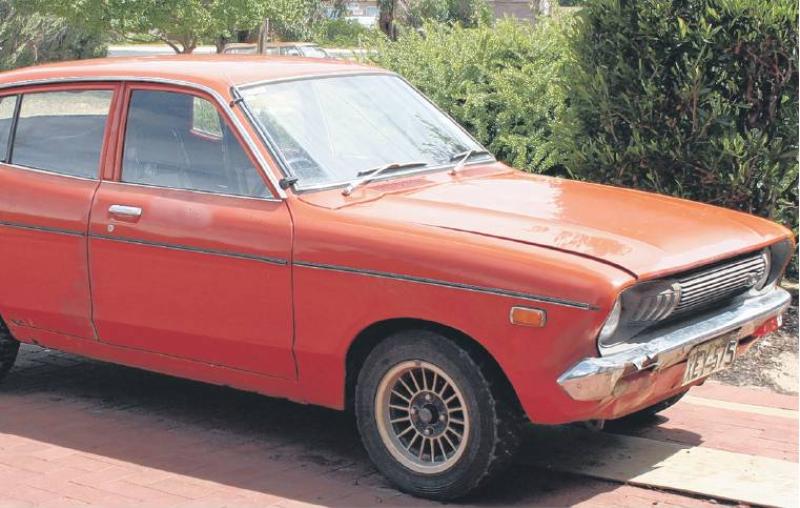 Nothing beats a dayglo orange Datsun.

I happened to be parking my car in a shopping centre carpark the other day when I chanced across some poor girl, obviously halfway through a driving test, attempting to negotiate a nearby roundabout.

How could I tell she was doing her test? Well there were certain giveaways. Firstly, her passenger was carrying a clipboard while she sat there with an expression that fell some way between mindless panic and resignation. Couple that with the fact she was checking her mirrors so much that she was in danger of giving herself whiplash and really, it was patently obvious that her 'hour had commeth' with the driving test.

Of course this brought back all the very happy memories I had of learning to drive with my parents. The arguments, the despair, the sheer frustration and that was just them watching in undisguised horror as I struggled to adjust the driving seat without drilling myself into the dash.

In my defence I learned to drive on two vehicles - a hulking diesel Nissan Patrol that managed 0 to 60 in three minutes and four gear changes and a 1980 dayglo orange Datsun Sunny with no power steering. Actually the Patrol was a blessing, the Sunny however, was an assault on your eyeballs, its leery colour guaranteed that you were the star attraction wherever you ventured on the road. There was nowhere to hide in the sunshine mobile, your shame was out there for everyone to see, especially, if like me, you couldn’t master the art of parallel parking.

In Australia they are a hell of a lot stricter about learner drivers so I always had a usually very unwilling victim monitoring my personal driving hell - one of my parents. If I was particularly lucky, my older brother would join our little jaunts as a back seat heckler - having passed his test first time I guess he felt in a position to lecture me, especially since my parents seemed to suffer a kind of stress induced narcolepsy when they sat into the car for my 'lessons'.

I’m guessing the fact that neither vehicle had air conditioning coupled with the hot temperatures in my home town probably made them a little drowsy, but I like to believe that a large part of the parental learner driving sleeping was actually down to the fact they both worked 17 hours a day seven days a week. My helpful brother had other ideas, he was under the impression that my parents spent most of their time with their eyes closed out of fear, eventually succumbing and passing out before I’d hit third gear out of some weird kind of self preservation. My only response was to point out that passed out people don’t snore and no, I don’t want to hear from any scientists who can prove otherwise following publication of this column.

In all fairness my parents were always definitely awake when I shot across the main highway in front of our house, launching myself across lanes of unending traffic with all the finesse of a demented chicken. Despite the fact the pedals were definitely on my side of the vehicle, both of my parents would spend the first 30 seconds of each driving lesson alternatively braking and clutching in sheer panic. By the time we’d made it up the road and successfully through our town’s two major junctions, they’d usually settle down to just random mild cursing punctuated by panicked glances at the gearstick and suggestions that “maybe third gear would be nice”.

Shortly afterwards they’d fall asleep and the real hell would begin. I’m not sure how conscious my parents were at these times but it’s enough to admit that there were incidents during their naps that probably are best left between me and God. My mum got a very rude awakening on my third driving ‘lesson’ when she fell asleep before I reached the newly installed roundabout in town. Never having encountered such a piece of modern traffic management in the flesh, so to speak, I found myself hurtling towards it at a very respectable 60km an hour in the sunshine mobile. I could clearly see the hump in the road ahead of me. I could also clearly see my mother, narcoleptic supervisor that she was, panned out in the passenger seat. While my brain was registering the fact that, maybe, just maybe, it would be a good idea to slow down a little, there was the small issue of a semi trailer tailgating me and my inability to change from fourth to third gear without catastrophic stalling.

I made the very questionable decision that what was needed was, in fact, more speed. I’m not sure what the rationale behind my decision was but let’s just say that I had probably hit 70km by the time I made the roundabout - that’s the equivalent of light speed for a 1980 Datsun Sunny. The engine was roaring, I may have been screaming but one thing I have a very clear memory of is the look of surprise on my mother’s face when we hit the roundabout and I launched the Sunny in a rather beautiful arc over the thankfully unlandscaped summit. I like to think that we were rather like a orange comet sailing across the sky. I suspect it just looked like it was, a learner driver with a death wish in a dayglo vehicle.

Thankfully there wasn’t anyone coming along from any other exits on the road about but my mum decided to ‘retire’ from instructing me shortly afterwards. I think her decision may have been a touch premature as, to my credit, I did manage to land all four tyres back on the ground in time to avoid the ‘Welcome to Murwillumbah’ sign at the roundabout exit. Despite this, the professionals were called in, namely Peter the driving instructor.

Peter wasted no time in telling me his last 24 students had all passed their driving test first time. He was justifiably proud of his record as an instructor and he managed to keep an air of cautious optimism until my fifth lesson - when he resigned himself to the fact that, in all probability, student 25 was going to completely stuff his pass rate average.

I did improve under his tutelage but my nemesis remained parallel parking. On the morning of my driving test my Dad, brave man that he is, took me out for an hour to practice parallel parking. He pulled into a back road behind our town’s RSL club  - like as veteran's club for those who don't know - and pointed at a red Corolla car in the distance, ordering me to parallel park behind it. 20 failed attempts and plenty of tears later, he ordered me to give up and go home. His muttered words of inspiration? - “maybe they won’t ask you to park in the test”. A further hour of failed parallel parking attempts in our back yard which resulted in the premature death of a very nice waratah and Dad's positive spin on the upcoming test had regressed to “don’t worry, you can always take it again.”

As my mum dropped me off for the test at the driving centre she also left me with the additional plea of “for God’s sake don’t crash the car”. Feeling buoyed by their ‘support’ I’ll admit that I toyed with the idea of locking myself inside the vehicle until the cops came to let me out.

It still makes me smile when I remember their expression on my family's faces an hour later when I waved my new, full licence in front of their faces.

I’m not sure whether my success reflects on my sudden ability to drive properly or if the testor just had an off day and was prepared to let things slide. Or maybe, just maybe, he hadn’t heard about the roundabout and the flying Datsun. Funnily enough, my parents have never slept in any car I’ve driven since. Go figure.