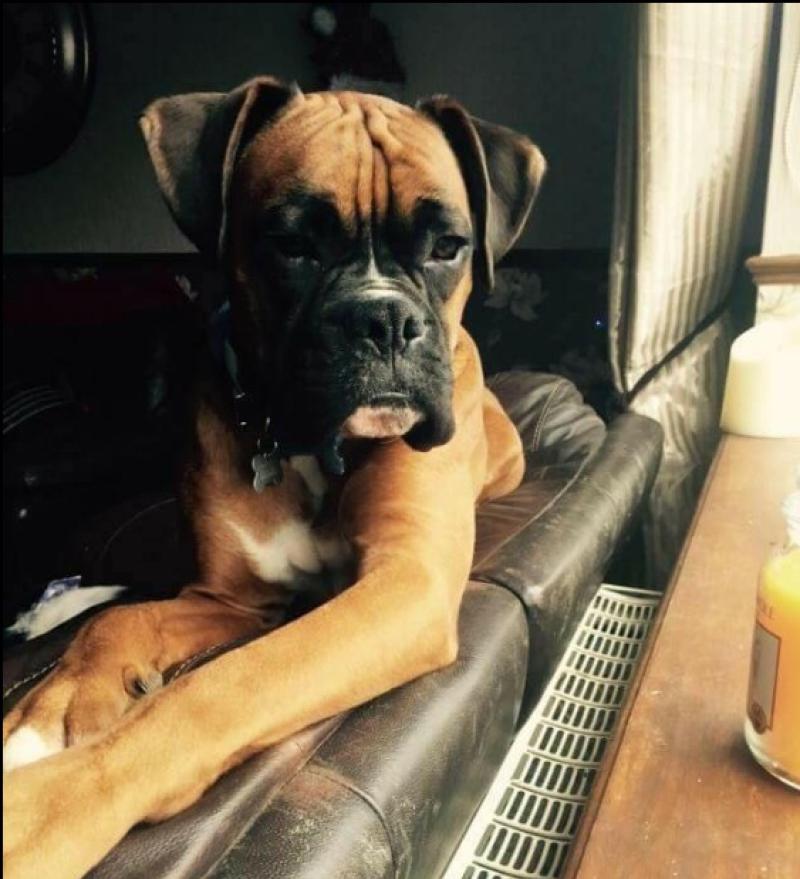 Finn has been missing since early December

Searches in the Ballinamore area last night (Wednesday 4) and today Thursday 5, reveal that the focus on finding a two year old dog Finn is focused in Leitrim.

An elderly Monaghan couple are offering a reward to anyone who can bring their beloved 2 year old boxer dog Finn home. The dog has been missing from his home in Ballybay, Monaghan since December 7 and the family are desperate to be reunited with him.
The dog is believed to have been stolen from the front garden of the house where his collar was left beside the pair's two other dogs.

Private detective Liam Brady who is heading the search says "the campaign to 'Bring Finn Home' is bigger than anything I have ever seen for a missing animal or person."

The Facebook page has over 31,000 likes. Detective Brady said the interest in the campaign can be compared to the "Madeleine McCann case."

Liam Brady believes Finn is still alive and hopes that who ever took him will drop him off and the dog will seek out people. The detective who has worked locally on a number of cases believes the dog could have been taken to be used as bait in dog fighting.

The dog is micro-chipped, neutered, and has his registration chipped so it would come up anywhere in Europe if he is stolen, he has been reported as missing in the North as well.

Anyone with any positive sightings should contact Liam Brady by email liam@liamabrady.ie or through his website:  http://www.liamabrady.ie

Stay tuned for any more possible sightings of Finn in Leitrim.