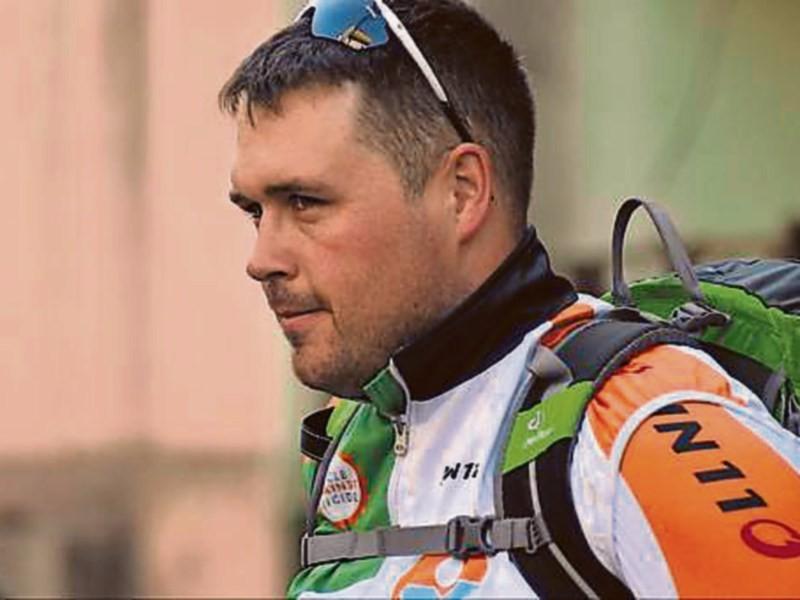 The exploits of Leitrim Village native Breifne Earley have been well documented in recent years as he emerged triumphant in the World Cycle Race that saw him pedal 29,000km in 16 months in 2014 and now he is embarking on his latest challenge as he retraces the steps of O’Sullivan Beare as he made the retreat from Glengarriff to Leitrim Village in the winter of 1602/03.

Having released a book last year documenting his exploits in the saddle, Breifne is for this week the curator of the 'Ireland' twitter account where he is updating followers on his latest exploits.

So this week I, and you, will be following the yellow arrows, walking man and signage on the Beara Breifne Greenway! pic.twitter.com/iTmHOVf99x

The walk, which began on New Year's Eve, will be a minimum of 464.2km and Breifne is hoping to return home to Leitrim on Saturday next, January 14.

With views like this one from near Millstreet in Cork as I make my way from Glengarriff to Leitrim Village 414 years after that epic March. pic.twitter.com/EJXOgCHnvU

To keep up to date with Breifne's progress visit www.breifneearley.com or follow the updates on Twitter at Breifne's page or the Ireland page.