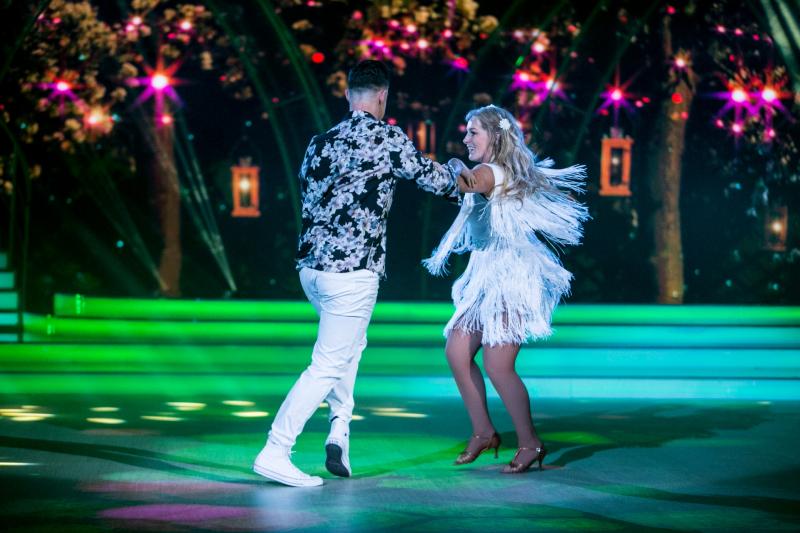 Last night's Dancing with the Stars was all about glitter and glam with a Hollywood movie theme and dancers drawing their inspiration from some of the silver screen’s most magical moments.

Following Hughie’s surprise departure last week, tension was palpable among the stars, as the public and judges votes were totted up. The bottom three contestants were Teresa Mannion, Thalia Heffernan and Dayl Cronin.

Tahlia received the lowest vote this week and Amanda declared that she was going home.

Super Trooper Katherine Lynch and Kai Widdrington put in a blockbuster performance with a Samba to Abba ‘Voulez Vous’ from the move Mamma Mia …..what a great performance!

Wat the Judhges had to say:

Brian: A one legged kangaroo would have more bounce..You have to work on developing the correct foot actions

Loraine: It was carnival and fun although there wasn’t enough bounce in it

Julian: You’re a born entertainer, I was missing that samba bounce but you did perform it from the heart.