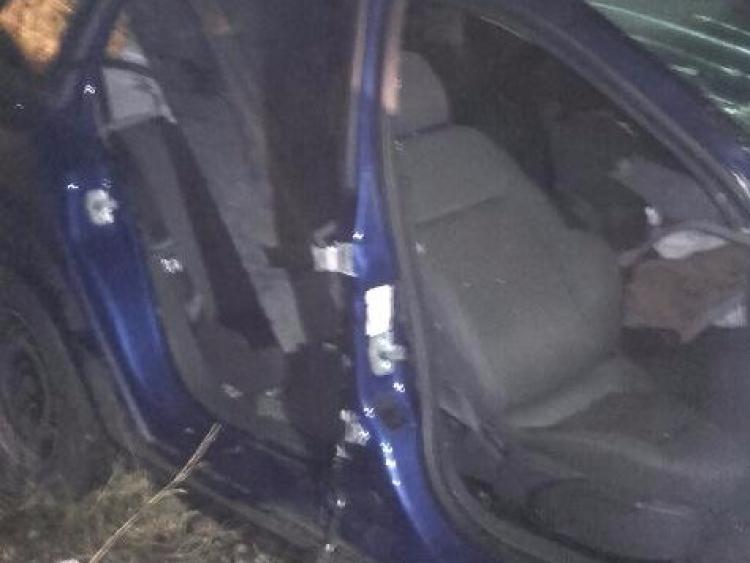 A man who acted as a Good Samaritan by coming to the assistance of a young woman who was injured in road traffic accident in Keshcarrigan has been left out of pocket after emergency services cut the roof and doors off his car to remove the woman to hospital.
Last week's front page featured a story about a young woman from Drumshanbo who was a back seat passenger in a car that crashed in Keshcarrigan village on Friday, January 27. Tamara Jade Huxtable was injured after the car she was in struck a wall. 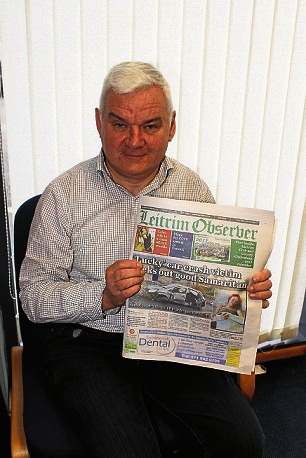 Paul Egan from Sligo Town came on the accident almost immediately and he lent assistance.
He explained what happened on the day.
“I came into Keshcarrigan and turned a corner and came to the accident,” he said.
“I saw her standing on the side of the road and her left arm was sore,” he added.
She was standing with the driver of the car and his brother. They had been heading from Drumshanbo to Carrick-on-Shannon that morning.
“She was distressed and I offered her a seat in my car,” Paul said.
He said she then started to lapse in and out of consciousness but the emergency services were very prompt and were there within 15 minutes.
Paul said when the ambulance personnel arrived on the scene they didn't know the extent of her injuries and they decided to cut the roof off his 2008 Opel Astra estate car to remove her to hospital.
Paul said he has twin daughters the same age as Ms Huxtable and he kept thinking of them.
He said John Keaney from Keshcarrigan brought him into his house for tea and toast while the work was going on.
Ms Huxtable was removed to Sligo University Hospital by helicopter where she was treated for her injuries.
Mr Egan said her mother, Sue, rang him last Friday to thank him for helping her daughter. She informed him that Tamara is out of hospital but needs bed rest for the next couple of months.
But that's not where the story ends for Paul.
His car was destroyed and all his personal belongings were thrown on the side of the road.
John Keaney kindly brought Paul back to Sligo afterwards.
He said no one spoke to him at the scene and his car was left there. It was later picked up and brought to a garage in Ballinamore but he wasn't informed about this and had to find out for himself.
Paul now finds himself in difficulty as, he says, “both insurance companies are passing the buck.”
Paul works for the HSE and needs his car for work. He says his car was his office and now he has had to rent a car at his own expense.
He said his own insurance company are looking into it while the other insurance company (of the crashed car) will also look into it without admitting liability.
“This needs to be sorted out,” says Paul, who added that he had only taxed the car and put in a new battery the previous week.
Speaking to the Leitrim Observer yesterday, Tuesday, Paul said he is still renting a car at his own cost.
He said he doesn't want to claim on his own insurance as he will then take a big hit on his own policy next year.
As an aside, Paul was driving to Lough Rynn Castle that day as he had never seen it and wanted to visit. When General Manager of the Hotel, Ciaran Reidy, heard about Paul's predicament he kindly offered him an overnight stay in the hotel for two people.