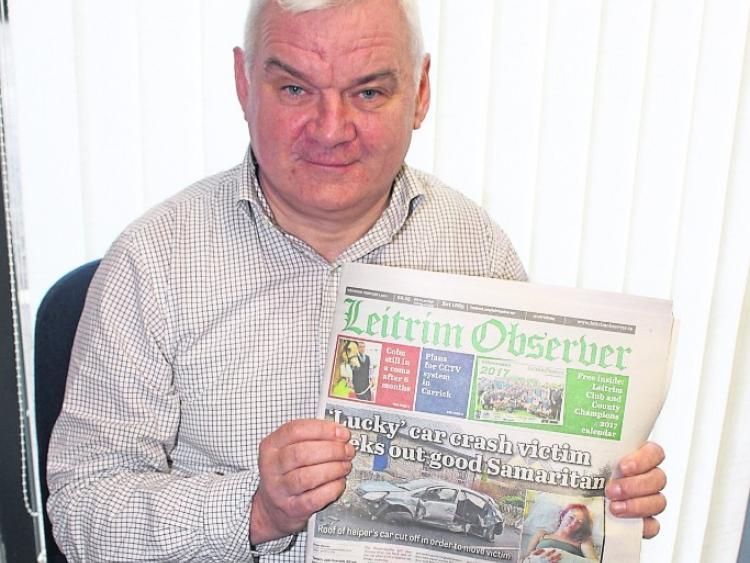 The news that the 'good samaritan' who came to the aid of a teenage girl involved in a car accident is out of pocket after emergency services were forced to cut the roof and doors off his car has struck a chord with the readers of The Leitrim Observer as a 'You Caring' page has been established in a bid to raise funds to help Sligo man Paul Egan.

Mr Egan came upon a single vehicle crash in Keshcarrigan on January 27 and helped the injured Tamara Jade Huxtable by letting her wait in his car until the emergency services arrived.

Speaking to the Leitrim Observer Paul said when the ambulance personnel arrived on the scene they didn't know the extent of her injuries and they decided to cut the roof off his 2008 Opel Astra estate car to remove her to hospital.

Tamara is out of hospital and is said to be making a good recovery but needs bed rest for the next couple of months.

The difficulty for Paul is that his car has been destroyed and "both insurance companies are passing the buck" and he is now renting a car at his own expense.

The 'You Caring' page was established by Leon Quinn in the hope that others may be able to make donations, big or small, to help Paul. If you would like to contribute to this fundraising drive you can do so by clicking here.