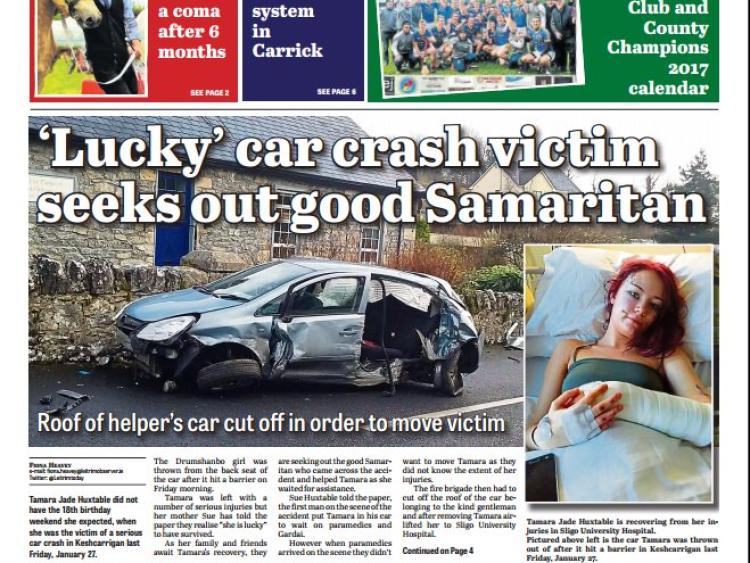 'Good Samaritan' Paul Egan said he is flabbergasted by the generosity to his plight with over €7,000 being donated in the past few days as news spread of his story.

Paul was left out of pocket after the emergency services cut the roof off his car in order to remove a girl who was involved in an accident not involving is car.

Paul came upon the scene and let the girl wait in his car while they waited for the emergency services to arrive. When they arrived shortly afterwards, due to the fact that the injured girl had been in and out of consciousness, it was deemed necessary to remove the roof from Paul's car in order to remove her safely.

It was to get worse for Paul as it transpired the driver of the car in which the injured girl was a passenger was uninsured meaning Paul was out of pocket.

After Paul spoke to the Leitrim Observer his story touched a chord with many who felt he should not be out of pocket for carrying out a good deed. Local web designer Leon Quinn established a 'YouCaring' page which invited members of the public to make donations to help assist Paul.

The story quickly drew national attention and was featured on Liveline on Friday afternoon. As of this evening the amount raised on the 'YouCaring' page stands at €7,274.

Expressing his gratitude Paul left a message on the Leitrim Observer website saying, "I have to say im flabbergasted by the generosity of feeling and monetery means for my plight.. thank you from the bottom of my heart. Your children are special to you as a father.. and as a seperated man my twin daughers of 18 and my 16 year old are especially precious to me.To be honest tears are running down my cheeks as I read your kind comments.. ireland is a wonderful country to live in if we all look after each other. Again my heart felts thanks to each and every one of you. God bless. Paul"