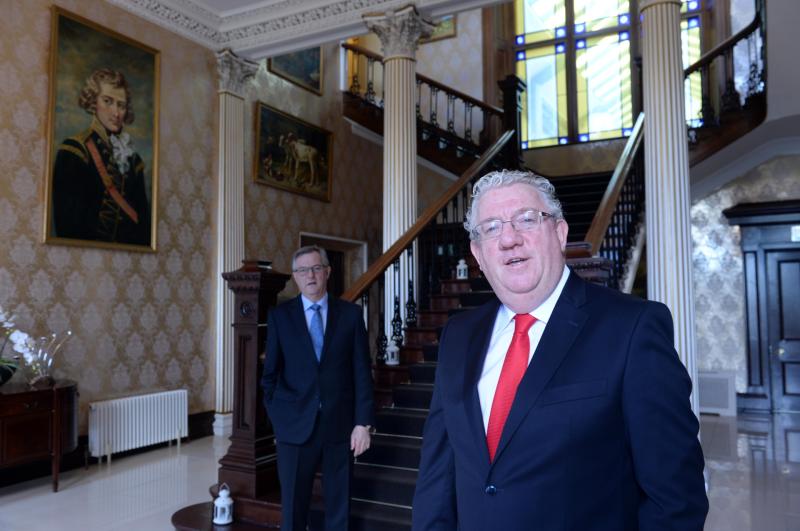 Research carried out by the IHF ahead of its 79th Annual Conference in Kilkenny reveals that increasing insurance costs is one of the biggest issues facing hoteliers and guesthouse owners at the moment with the majority (71%) saying it is having a significant impact on their business. Mr Dolan says that the runaway increases in insurance costs are unsustainable and need to be addressed urgently.

According to the Leitrim man, the combination of excessive compensation awards and increased insurance premiums is having a detrimental impact on cost competitiveness within the hotels sector. Insurance costs for the sector have now reached €42 million this year, equivalent to approximately €730 per bedroom per year. Hoteliers are calling on the Government to introduce immediate and long term measures to address increasing premiums.

The IHF states that Ireland’s scale for compensation awards for minor and moderate injuries has emerged over time in an unstructured and non-scientific way. While a new Book of Quantum was published last October it does not benchmark awards internationally with the result that Irish compensation levels for injuries continue to be out of kilter when compared with other countries. The new guidelines recommend higher awards for 35 categories of injuries with the guideline for a fractured ankle, for example, up from €35,300 to €54,700, an increase of 55 per cent. In the UK, the equivalent award would be in the region of £10,000.

“We have no issue whatsoever with genuine accidents where guests are rightly compensated. However, the vast majority of claims in the hotel sector concern minor injuries and the higher compensation pay-outs recommended by the updated Book of Quantum are putting pressure on insurers to increase the reserves. This in turn is leading to higher premiums for our members.  While insurance prices have increased by 47 per cent since January 2011, according to the CSO, we are getting feedback from some members regarding more pronounced increases in excess of 50 per cent. Increases of this level are unjust and unsustainable” said Mr Dolan.

Mr Dolan added that IHF members are also experiencing more exaggerated claims. “Slips and trips account for the vast majority of claims we receive. According to our survey over half (56%) our members say that opportunistic and fake claims are increasing.” Mr Dolan concludes that some 60% are concerned about the legal costs associated with defending claims while a similar number (57%) says they are concerned about the level of excess required by their insurance provider.