Mr Frackhead to be chased out of Ireland in Leitrim parade 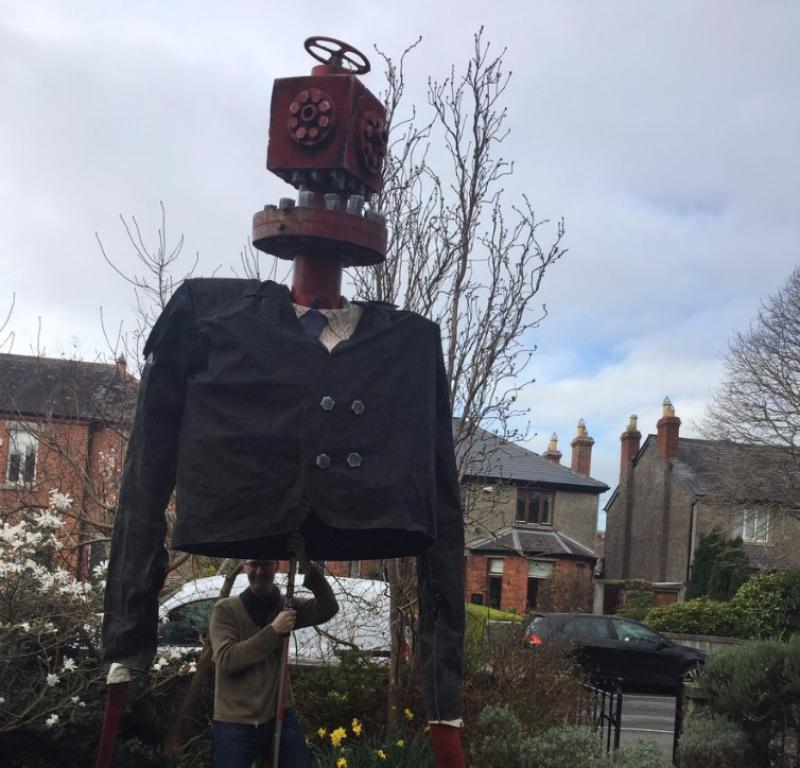 Farmers and Fishermen will summon the warrior Queen Medh to banish fracking from Ireland in the St Partick’s Day parades in Manorhamilton and Manorhamilton.

Mr Frackhead, a representation of the corporate fracking industry will be chased out of the North West by the mythical character Medh with help from her team of fishermen, farmers and solar power supporters.

Kate Ruddock, Deputy Director of Friends of the Earth said, “Mr Frackhead represents the powerful corporate fossil fuel lobby that wants to set up a fracking industry in Ireland.  In the parade we want to show the warrior Queen Medh banishing fracking from her land.  She is supported by her team of farmers and fishermen who want to keep their land and water safe, and the solar power representing the renewable energy that will power our future”.

Environmental advocates from Love Leitrim and Friends of the Earth are taking part in the Sligo and Manorhamilton parades to show gratitude to all the volunteers that have supported the campaign to ban fracking over the past few years.

A bill to ban fracking, introduced by local Fine Gael TD Tony McLoughlin got all party support in its first vote in the Dail, and is now being considered by an Oireachtas committee. Campaigners are pushing for it to be enacted into law before the summer.