Regular visitor to the county 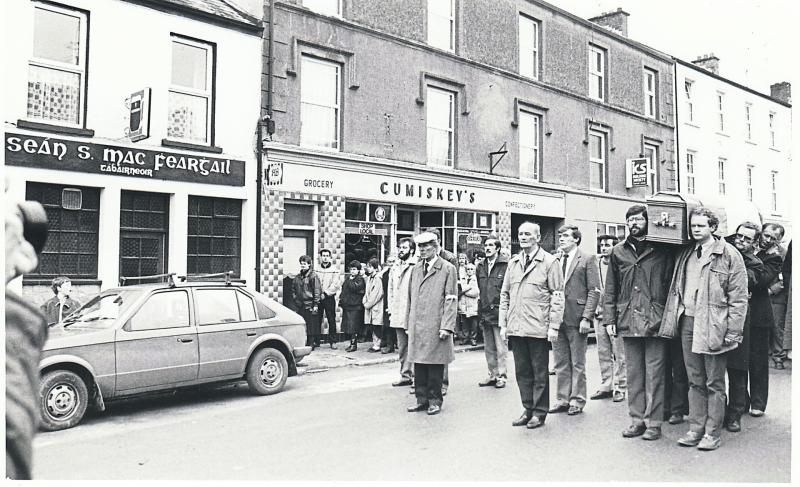 The late Martin McGuinness and Gerry Adams in Ballinamore carrying the coffin of John Joe McGirl in December 1988.

Martin McGuinness, the former leader of the Provisional IRA and Deputy First Minister of the Northern Ireland Assembly, died last Monday at the age of 66.

Mr McGuinness was a regular visitor to Co Leitrim and spoke at the John Joe McGirl Annual Commemoration in Ballinamore.

A vigil was held at the John Joe McGirl Memorial last Tuesday night and a bus load travelled from Ballinamore today for his funeral which takes place in his native Derry.

The photo of the funeral cortege was taken by our photographer Willie Donnellan and is one of the photos that is included in a new book by the Leitrim Observer called 'Yesteryears - A photographic trip down memory lane in Leitrim.'