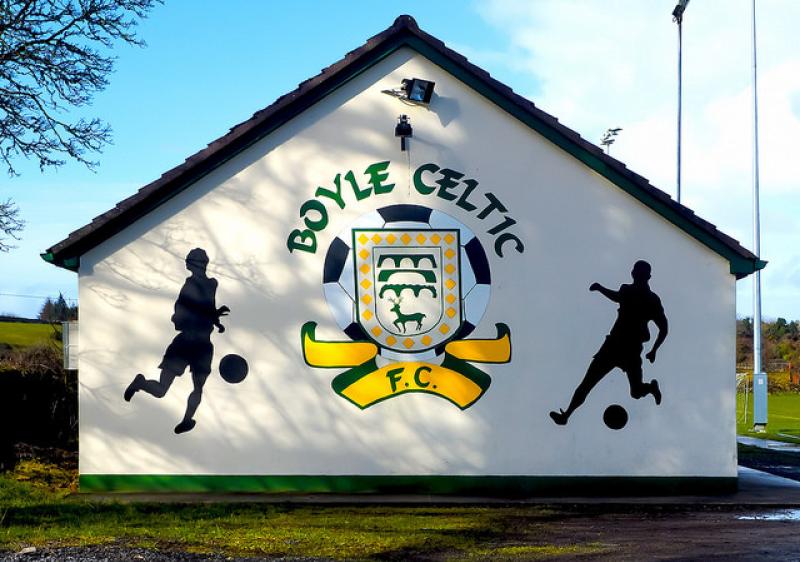 Sligo Leitrim & District Junior Soccer club Boyle Celtic have toppled both Selena Gomez and Ed Sheeran in the Irish iTunes download chart to reach Number 1 in Ireland in the past 24 hours.

Boyle, who play in the Sligo/Leitrim league, have released their song, “The Boyle Celtic Song” ahead of their FAI Junior Cup Semi Final match against Kilkenny’s Evergreen FC on the 9th April.

The song, which features local artists Kevin Hickey and Dónal O’Connor, entered the charts on Tuesday afternoon at Number 3 behind Kygo and Selena Gomez with “It Ain’t Me” and Ed Sheeran’s “Galway Girl”.  Follow a surge of downloads it climbed quickly and reached Number 1 by 5pm on Tuesday evening.

“The Boyle Celtic Song” then dropped back into Number 2 overnight and remains in the Top 5 most downloaded songs in Ireland over 24 hours later ahead of the likes of Taylor Swift, Zayn, Rag n’ Bone Man and Katy Perry.

Boyle Celtic have created history this year reaching the last four of the Aviva sponsored FAI Junior Cup.  A win against Evergreen on Sunday week will see the team qualify to play in the Final, which will be played at the Aviva Stadium on the May 13.