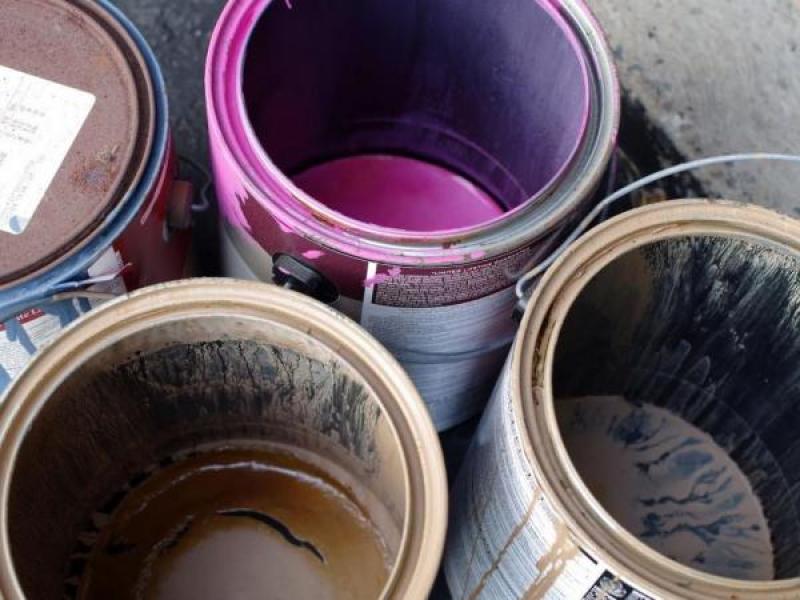 Cllr Seadhna Logan has called on Leitrim County Council to reconsider its decision to stop accepting old paint cans for recycling at its recycling centres as there is a fear that it may lead to an increase in illegal dumping of such products.
Cllr Logan brought up the issue of the planned restructuring of the operations at the civic amenity recycling facility in Mohill at the April meeting of Carrick-on-Shannon Municipal District.
Director of Service, Economic Development, Planning, Environment and Transportation, Joseph Gilhooly, told the meeting it was decided to stop accepting paint as the cost of the disposal and the complexities of dealing with hazardous waste on the site was prohibitive.
As an alternative, an annual hazardous waste collection day will be implemented where hazardous wastes such as old paint cans can be disposed.
Cllr Logan suggested it be a biannual collection in spring and autumn.
Cllr Enda Stenson supported the motion and described the Mohill centre as one of the best facilities they have.
“We should be encouraging people to use it,” he said.
He too agreed with a biannual collection of hazardous waste.
Cllr Sean McGowan lent his support while Cllr Sinead Guckian also supported the motion but questioned if the restructuring of the facility was a cost cutting measure, why then have a biannual collection which would likely cost just as much.
Cllr Guckian also asked the Council to ensure tickets for the facilities are on sale in the Council offices as well as local outlets.