'There is no one promoting Irish in Leitrim' 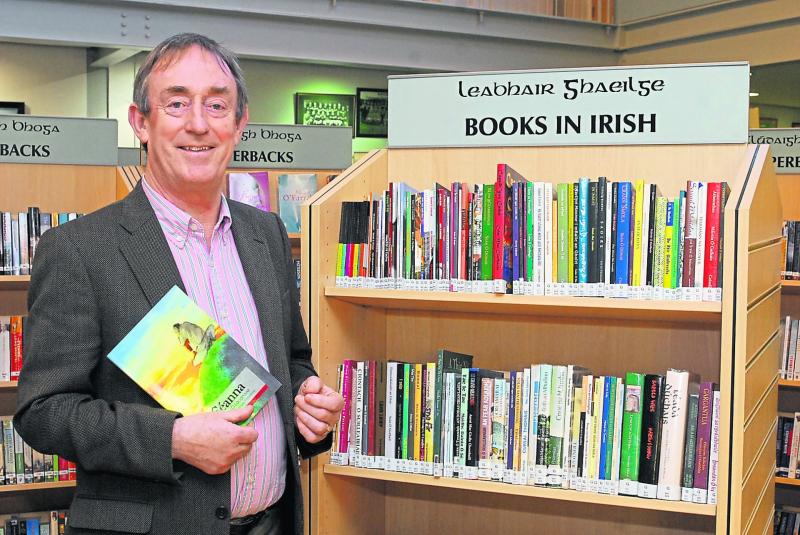 Sean O'Suilleabhain spoke at the meeting.

The Irish language community in the county have made seven demands from Leitrim County Council for the promotion of our national language.
Members of the Irish speaking community made presentations to Carrick-on-Shannon, Manorhamilton and Ballinamore Municipal Area meetings this month.
The group are making seven demands:
1. Oifigeach Gaeilge -Leitrim County Council to have a full time Oifigeach Gaeilge to promote and develop the language throughout the county.
2. Annual budget for An Ghaeilge.
3. Restore Coiste Gaeilge .
4. Revise and update the council's policy 'Polasaí i leith na Gaeilge.'
5. Bilingual Leitrim County Council website.
6. Irish scholarships - allocation of €3,000 (15 grants of €200).
7. Submit motion to restore the Irish language requirement for Library staff.
At the Ballinamore meeting, Sean O’Suilleabhain, former County Librarian said they are “seriously concerned” about the disconnect between Leitrim County Council and the promotion of Irish. He noted the council’s obligation to the Irish language.
O’Suilleabhain put forward that any service provided by the council should be available through the Irish language, he commented “in practice that doesn’t happen.”
He said the council websites, signage and response on the phone should all be bilingual.
He noted the council’s website had been partially bilingual but this disappeared since it was upgraded.
Sean O’Suilleabhain who previously acted as Oifigeach Gaeilge said the council had been good at promoting Irish for a number of years but recently “all progress is lost.”
He stated Leitrim has no functioning Oifigeach Gaeilge. He added if the group were making a presentation on the Arts, the Leitrim Arts Officer would be in attendance, but no Irish Officer attended any of the three municipal meetings.
Coiste Gaeilge, a group made up of councillors, council staff, Gaelscoileanna, Glór na nGael, Cumann na bhFiann and others has not met in five years.
The Irish scholarships have also been put to the wayside, he added. “There is no one promoting Irish in the county.”
Rossa Ó Snodaigh said the group had to fight for 18 months to be allowed to make the presentation. “There are more daily speakers of Irish in Manorhamilton than in some Gaelteach areas,” he told the members.
Councillors agreed to discuss the demands at SPC meetings and see how they can help promote the Irish language in the next annual budget.