Nominate your Leitrim Carer of the Year 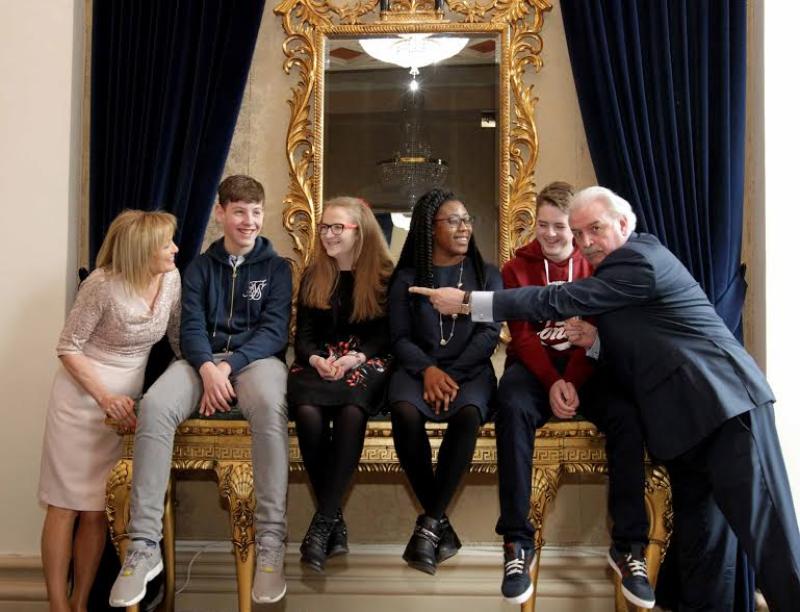 Pictured at the launch of the CarePlus Pharmacy Carer of the Year Awards are long-time patrons Mary Kennedy and Marty Whelan.

Sponsored by CarePlus Pharmacy, the awards recognise the dedication of Ireland’s invisible workforce. People from across Leitrim are being urged to put forward nominees who are providing unpaid care to a loved one that has demanding medical or social care needs.

This year, the awards form part of Family Carers Ireland national year long ‘Share the Care’ Campaign. It is hoped the awards will also provide an opportunity for people to self-identify as carers and seek support. At present it is estimated there are over 1,000 family carers in Leitrim. This figure is expected to show a dramatic increase with the publication of the 2016 Census results due to be published in November.

While it was previously thought that family carers save the state €4 billion per year, new figures indicate the saving to be far greater. It is now estimated they are propping up the Irish healthcare system by an extra €6 billion per year in avoided health and social care costs. This means family carers provide an annual saving of €10 billion.

The majority of family carers individually provide 45 hours and over of unpaid care to a loved one each week. The impact financially, socially or in terms of their own physical and mental health can be immense.

Nomination forms are available in CarePlus Pharmacies nationwide and in Family Carers Ireland nationwide resource centres, the Freephone Careline on 1800 24 07 24 or online at www.familycarers.ie.The CarePlus Pharmacy Carer of the Year Awards will be presented in Dublin in November.

Family Carers Ireland is a merged organisation of ‘The Carers Association’ and ‘Caring for Carers’, who provide a range of supports and services for family carers and advocate fairness for carers.