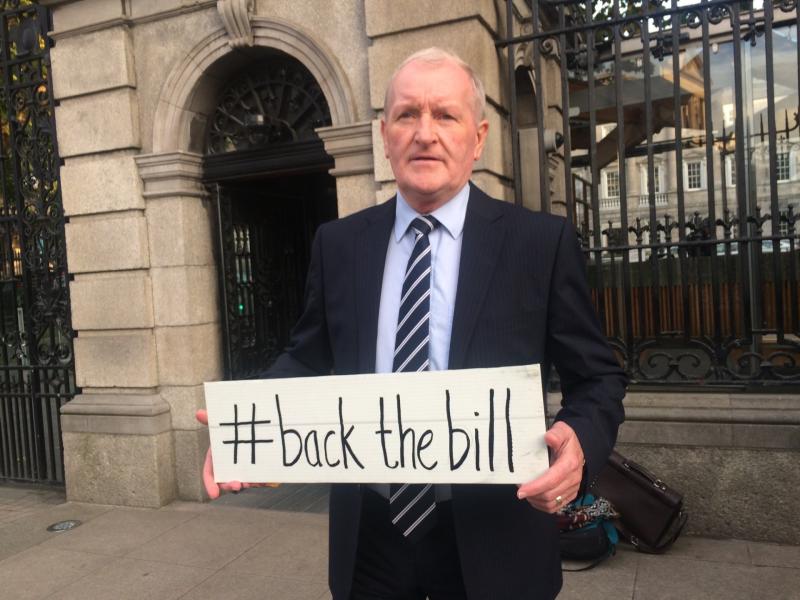 Fine Gael T.D. for Sligo-Leitrim Tony McLoughlin has said that “the progress with his Private Members Bill to ban onshore ‘Fracking’ in the Republic of Ireland yesterday, is further proof that despite all the negativity in the media that surrounds the concept of ‘new politics’, it can in fact work and work quite well.

McLoughlin was speaking just after his Private Members Bill titled ‘The Prohibition of the Exploration and Extraction of Onshore Petroleum Bill 2016’ officially passed the Committee Stage of the legislative process in Dáil Éireann.

In the Republic of Ireland, it is unusual for Private Members Bills to reach the Committee Stage of the legislative process, let alone for them to pass it. However, given the current makeup of the 32nd Dáil, more and more Private Members Bills are being introduced and moving through the system.

Deputy Mcloughlin’s Bill is in fact the first Bill to make it to and to pass the Committee Stage in the current Dáil.

The original Bill submitted by McLoughlin has been amended by the Government today with the support of the members of the Joint Oireachtas Committee on Communications, Climate Action and Environment. It now changes from a standalone Bill to an Amendment Bill which the Government will lead going forward.

Speaking about the Government’s amendments Minister Sean Kyne said that “today’s amendments were introduced in order to strengthen Deputy McLoughlin’s Bill by providing clearer definitions, setting out the activity that is banned and the penalty or offence that applies”.

Welcoming the move, McLoughlin stated that “I am delighted to be the first member of the Dáil to have his PMB passed at the Committee Stage. I have worked very hard on this issue for the past two years and I am very happy that this Bill has progressed very quickly thus far.

“In my humble opinion, this is a major win for Irish politics and for the communities on the ground who I have worked with and listened to for over six years. I want to note the role which local groups such as ‘Love Leitrim’ and the ‘Good Energies Alliance’ played in this process to date. The Bill could also not be at this stage without the assistance of the Friends of the Earth Ireland NGO.

“My anticipation from here is that now that the Government have accepted this Bill and have formed their own amendments in order to improve it, that it will now move to the report and final stage rather quickly and that this Bill could be progressed substantially by the summer recess” concluded McLoughlin.

"This amendment bill, taken together with the shift in the Government's attitude to climate change signalled in the draft National Mitigation Plan, makes the ban strong and secure," said Love Leitrim chair Johnny Gogan.

Love Leitrim has welcomed the fact that this amendment will proceed on government time, giving the ban a much greater chance of becoming law before the summer recess.

Speaking outside the Dail, Love Leitrim member Scott Coombs said "the committee and its officials are justifiably proud of the work they have put into this legislation. The Attorney General also deserves praise in drafting an amendment that preserves the full intent of the original bill. We think this is a good day for communities, the environment and public health in Ireland."

Coombs concluded "This bill also demonstrates that, when coupled with genuine public consultation, our political system can express the public will and promote the public good. Love Leitrim looks forward to a continued and positive engagement with this process."