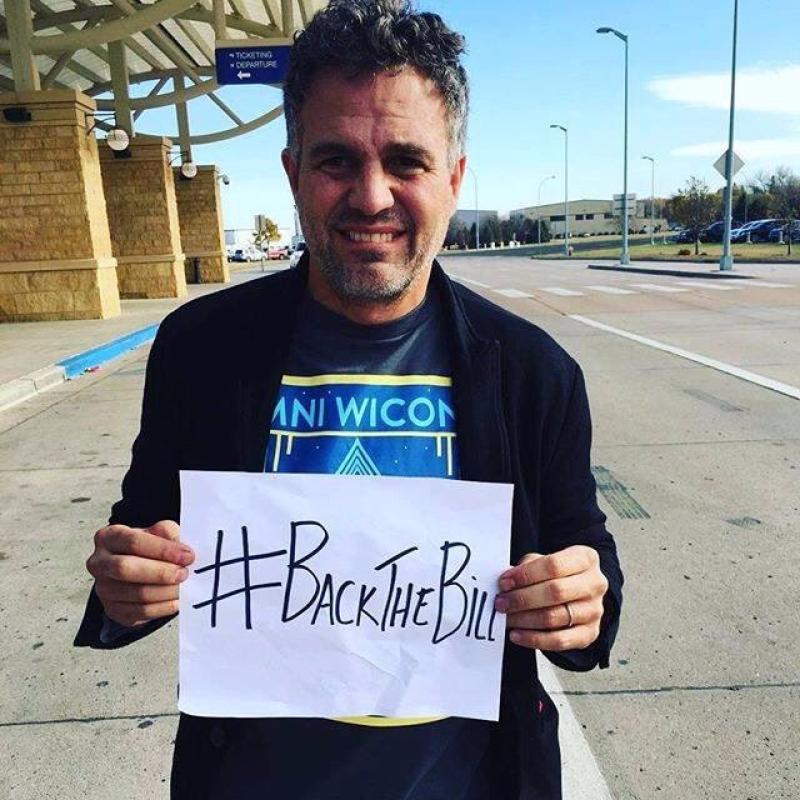 Hollywood actor Mark Ruffalo was among those who has offered his support for 'Back the Bill' campaign.

Friends of the Earth has welcomed the Oireachtas Committee on Communications, Climate Action and the Environment’s decision to pass a Bill which would ban hydraulic fracturing for oil and gas in Ireland.  This marks the ‘third stage’ or ‘committee stage’ debate on this Bill.

The proposed Bill received unanimous support from the Dail late last year, and a public consultation undertaken earlier this year also received overwhelming support with 8,000 submissions received in favour of legislating to ban fracking in Ireland compared to one submission which opposed it.

Kate Ruddock, Deputy Director of Friends of the Earth said “For our land, our health and our climate fracking is not welcome and the passage of this Bill is a testament to the strong public and grassroots opposition to fracking in Ireland.  “

“A Private Members Bill has rarely progressed as far as this in any previous Dail, and as such it is a great example of how ‘new politics’ is working in Ireland.  However, for this Bill to progress further it now needs a strong statement of support from Government, and a commitment from the Minister that it will be allocated Government time in the Dail and Seanad for its final stages, otherwise it risks lying on a shelf for the foreseeable future.”

"Hydraulic Fracturing is a process of extracting oil and gas from the ground where it is held in shale deposits or other tight sandstones as are found across Counties Sligo, Leitrim, Roscommon, Donegal and Clare.  The process has been ongoing in various parts of the US and Europe for many years and there is now a significant body of research demonstrating its negative impact on the environment, water quality and human health.  Three companies were granted licences to explore for oil and gas across Ireland with a view to using hydraulic fracturing or fracking to extract it.  This Bill would prevent any such extraction. "

Kate Ruddock continued “We are mindful of Ireland’s commitments in relation to climate change mitigation and a zero carbon energy future.  Ireland is currently way off track and carbon emissions from the energy sector continue to rise.  When this Bill becomes law Ireland will join a number of progressive countries and states that have already banned fracking, including New York, Bulgaria, France, and Victoria (Australia).  ”